A new study indicates that 94% of Americans have access to plastic bottle recycling, while 40% can recycle other types of plastic containers. 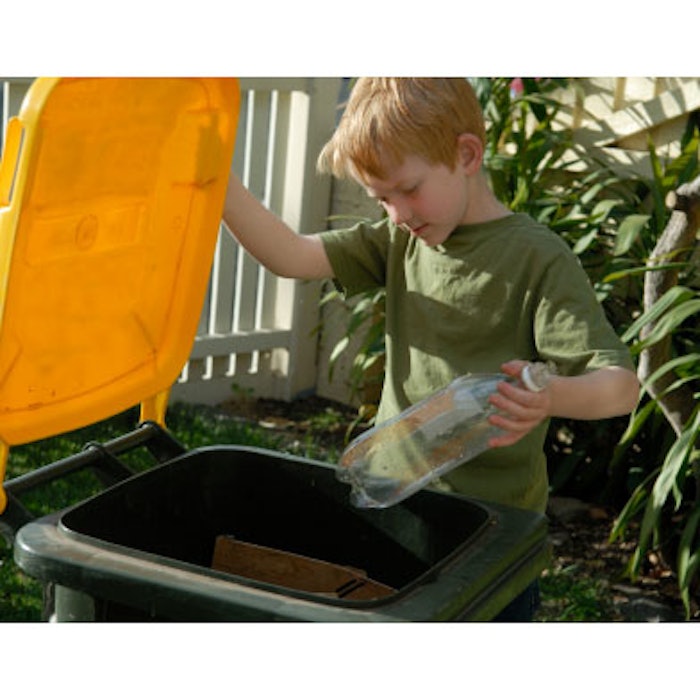 A much larger portion of the U.S. population has ready access to recycling for commonly used plastics than previously believed. That’s according to a new study, “Plastics Recycling Collection: National Reach Study,” released by Moore Recycling Associates Inc. The study found that 94% of Americans have access to plastic bottle recycling, and 40% of the population also can recycle other types of plastic containers, such as yogurt cups, dairy tubs, and lids.

Although the study surveyed nearly 2,500 communities across the U.S., it found that within the 100 largest cities, the percentage of the population with access to plastic container recycling in addition to bottles has nearly doubled since 2008.

The study did not look at recycling film plastics—a category that includes plastic bags and many product wraps—but, according to Moore, it is well documented that these materials are collected separately at more than 12,000 locations across the country.

“We are thrilled that so many consumers have access to plastics recycling in their communities,” says Steve Russell, vice president of plastics for the American Chemistry Council. “The next step is to increase awareness, so that more people take advantage of this opportunity to do something good for our environment and for the businesses that depend on this valuable material.”

Recyclers, typically small, community-based businesses, rely on consumers to recover a steady supply of used plastics, such as assorted bottles, containers, bags, and wraps. Recycled plastics can be made into a variety of products, including soft T-shirts, backyard decks, storage containers, car parts, decorative moldings, and other home building products, cutting boards, and even hand bags.

The study also noted that it is more effective to communicate which plastics are recycled in various communities by listing shapes (e.g., bottles, tubs, trays, lids, etc.) than by listing resin codes (numbers 1-7), which can be confusing.

Container shapes are defined as follows.

Bottles: For recycling purposes, a bottle is any container with a neck or an opening that’s smaller than its base. Include the following wherever plastic bottles are recycled:

• Bottles from shampoo, toiletries, laundry detergent, and other household cleaners

• Food jars, such as peanut butter and mayonnaise

Containers: Include the following wherever containers, tubs and/or lids are recycled:

Bags and Wraps: Clean and dry plastic bags and wraps should be returned to grocery and retail stores for recycling instead of being placed in curbside bins. Include the following wherever plastic bags are recycled:

• Bread bags (with crumbs shaken out)

ACC sponsored this study as part of a cooperative effort with the Sustainable Packaging Coalition.