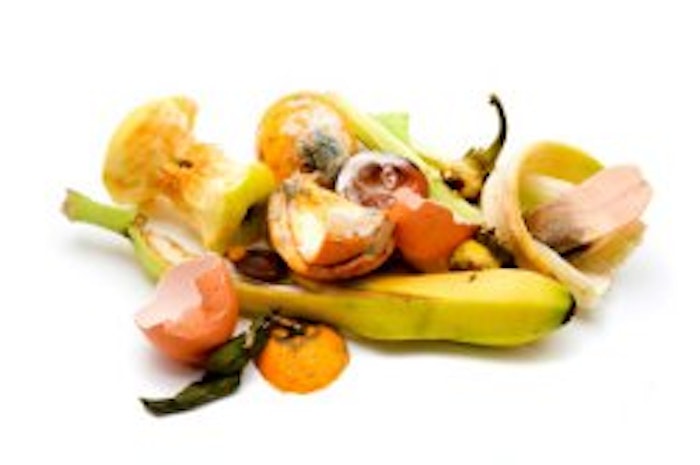 Consumers don't like waste, which has led many companies to recycle, reduce packaging, and minimize pollution. Food waste has been less explored, especially by retailers. That's in part because consumers assume it is being dealt with responsibly at the corporate level and worry more about their own food waste, according to research compiled by Hartman Worldview.

Notes Hartman, many consumers are not aware that one third of the world's food is wasted each year. That's about 1.3 billion tons of food worth about $750 billion, creating 3.3 billion tons of greenhouse gases and guzzling water equivalent to the annual flow of the Volga River in Russia, according to a recent report from the United Nations Food and Agriculture Organization.

Despite the lack of a consumer outcry, Hartman reports that some retailers are taking steps to address the problem—and shave costs and attract consumers at the same time.

Former Trader Joe's President, Doug Rauch, plans to open a market in Boston next year to repackage and sell food at a deep discount that is slightly past its sell date or otherwise “not quite up for prime time” but still safe to eat. He suggested to NPR that he plans to bring such “affordable nutrition” to other inner cities, as well. Calling it a cross between a grocery store and a restaurant, Rauch said the market will prep and cook food for “speed-scratch cooking.”

The German supermarket chain Edeka began a four-week test in October to sell misshapen produce at a discount under the label “Nobody Is Perfect.” The Swiss chain Coop launched a similar endeavor in August, and a spokeswoman said the most popular items are blemished apricots, freckled cauliflowers, and three-legged carrots.

Ahold's Stop & Shop/Giant-Landover chain saved $100 million by reducing the amount of food displayed—and customer satisfaction rose, because produce was on average three days fresher than before, according to a toolkit to reduce food waste that was published this year by the U.N. Food and Agriculture Organization.

According to Hartman, most retailers don't talk about their food-waste efforts. “[W]ithout naming the names, one of the leading, best regarded brands in the large, national, food industry—they basically recover the food within their stores, cook it up, and put it out on their hot trays the next day,” Doug Rauch says. In the right context, that company and others could appeal to customers simply by telling them what they already do with imperfect food.

Food manufacturers and retailers also could appeal to consumers' desire to avoid wasting food themselves. People worry more about their own food waste than that of companies, a concern driven in part by personal finances and the idea of value, Hartman Worldview found.

Club-store shoppers in particular express dissatisfaction regarding food waste and spoilage, Hartman says. They wonder if seeming deals on larger quantities are in fact values. “I go shopping almost every day,” Annabelle told Hartman. “I learned my lesson from buying so many big packs of things. Why was I buying all that meat? Now I plan a meal and go and get the foods rather than plan too far in advance and food gets wasted.” Low-income consumers voice similar concerns: “I got a great deal on a bag of five heads of lettuce but threw half of it away before we could eat it all,” another consumer said. “No savings there!”

As a result, Hartman Worldview suggests food companies keep these opportunities in mind:

• Shoppers are buying smaller amounts more frequently, in part to avoid wasting food. They are particularly interested in snacks that can become meals, such as high-quality cheese sold in small amounts.

• Consumers lean toward retailers such as local butcher shops, in part because they perceive fewer animal parts go to waste there.

• When grocery shopping, people consider whether ingredients will go to waste if a meal does not turn out right or if they do not get around to cooking a meal they'd planned.

• In quick-serve settings, consumers want flexible, unbundled menus that do not force them into less-than-ideal choices. Excessive food is not seen as a value.

Packaging for the Schick Xtreme 3 Disposable Razor is a thermoformed BOPP tray with film lidding. Now, consumers can choose the same razor design but now with a recycled (and recyclable) PP handle in a recyclable kraft-style paperboard PCR carton.
Matt Reynolds
Apr 1st, 2021

This packaging machinery OEM is pioneering the use of a brand new method of making heat seal bars that is adapted from printed circuit board manufacturing.
Pat Reynolds
Mar 28th, 2021
More in Sustainability