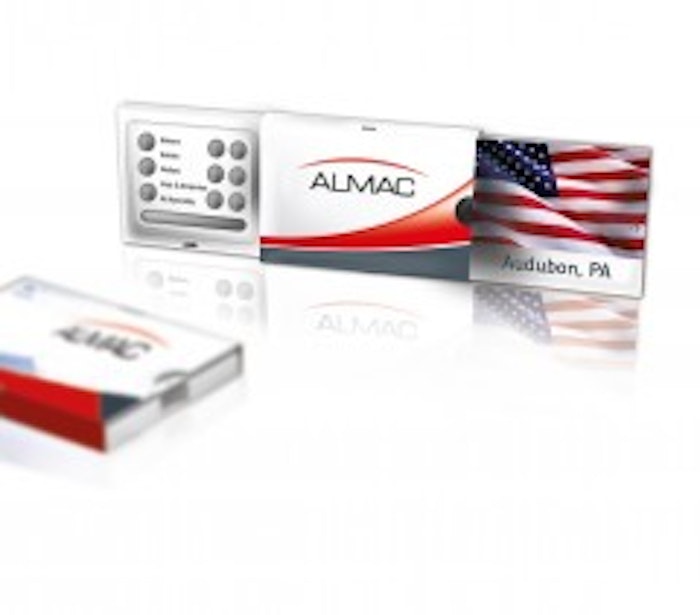 Almac Group (www.almacgroup.com), a leading, global service provider to more than 600 pharmaceutical and biotechnology companies worldwide, has officially opened its new North American Headquarters. The site, offering clinical supplies and services, is near the company's expanded facility in Audubon, PA, which is not undergoing FDA pre-inspection and validation for commercial contract packaging. Earlier in May, the company installed a new Uhlmann blister line at Audubon.

One of Northern Ireland’s most successful companies the Almac Group, is celebrating the official opening of its new North American Headquarters. The $120 million, 240,000 sq-ft foot facility houses more than 800 employees in state-of-the-art facilities, which also boast low greenhouse gas emissions and a water reclamation program.

The Audubon is part of Almac Group, which provides a broad range of contract manufacturing and packaging services that include R&D, biomarker discovery and development, API manufacture, formulation development, clinical trial supply and its own, proprietary integrated IVR / IWR technology called IXRS. The company is headquartered in Craigavon, Northern Ireland. US operations are based in Pennsylvania, North Carolina and California, and employs more than 3,000.

The official opening was performed by former U.S. Senator George J. Mitchell, who most recently served as Special Envoy to the Middle East and was Chairman of the all party negotiations which led to the Good Friday Agreement of 1998. Read more about that story here.

When I assumed the role of President of CPA, I never could have predicted our collective experience since that day.
Mark O'Malley
Jul 27th, 2020
More in Contract packaging