When you go to someone’s house for dinner, you’re supposed to bring a gift. 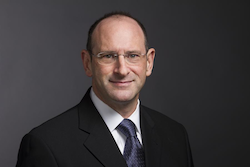 A bottle of wine, some flowers, a knick-knack for the shelf, some such thing, to show your appreciation for their hospitality.

But what happens if you don’t? In a word, nothing much. You won’t get arrested, fined or ticketed. That’s because the house gift thing isn’t a legal requirement, it’s a social norm.

There’s been a lot of talk in recent years about norms because the current administration seems to have a knack for identifying norms about government action and failing to follow them. One of them relates to how frequently the President places people in high government positions on an acting basis. While there’s long been a procedure for allowing the President to appoint executive officers into various positions on a temporary or acting basis, which the law says can last up to 210 days, the current administration is using it a lot for a lot of different positions, including even cabinet posts. (Permanent is what you call an official who has been confirmed by the Senate, per the legal requirement for Senate “advice and consent” for some federal appointees.)

The President recently replaced the acting FDA commissioner by another acting commissioner, who in turn will himself be replaced soon by a permanent commissioner. The nominee for the permanent FDA spot is Dr. Stephen Hahn, is a radiation oncologist and widely published cancer specialist who is currently the chief medical executive at the University of Texas MD Anderson Cancer Center in Houston.

It’s likely that Dr. Hahn’s approach to the job would be generally anti-bureaucratic, to mirror that of the administration, trying to avoid adding burdens to the regulated industries, while still assuring that the agency protects the public health. Hahn’s predecessor, Dr. Scott Gottlieb, seemed to have found a way to thread that needle, keeping the agency active without literally promulgating new regulations, by, for example, announcing changes in priorities to help improve drug product approvals, and issuing revised industry guidance on numerous topics, while also tackling the safety of tobacco and vaping.

So what’s the problem with having acting officials? Well, anytime you appoint an acting official, you avoid the Senate’s scrutiny of that person, so there’s no thorough Senate check of their background, no Senate hearings, no legislative process to make sure they are qualified for the job.

Also, the conventional wisdom is that acting officials won’t take on long-term plans or impose important new initiatives, because they are just temporary place-holders. If you’re ideologically opposed to essentially all regulatory officials doing things, that sounds like a good approach, but for the most part, society is better when people with jobs do their jobs.

Eventually, having too many acting officials takes power away from the legislature and gives it to the President, but the real bottom line consequence would only come if the public isn’t pleased about this practice. After all, like the dinner guest who fails to bring a gift, a President who fails repeatedly to follow norms runs the risk of not being invited back.

A 30-Year Development
As of 2019, it’s been 30 years since I began writing columns about legal and regulatory developments for the packaging industry. That first column was about time-temperature indicators on food packages and fresh-prepared refrigerated foods. The experience of writing these columns has been enjoyable and rewarding. I owe a great debt of gratitude to all of the loyal readers, expert industry and government information sources, and talented editors who have helped me along the way. Thank you all.

It’s also true, though, that right now the realm of legal and regulatory developments affecting packaging is more dynamic and changeable than it has been during long stretches of those 30 years. After all, it hasn’t always been the case that…

• trace amounts of chemicals in substances used to make packaging have captured the attention of the public and some lawmakers, or that

• consumers are demanding “clean label” foods, as well as a brave new world of non-meat-containing meat alternative products that’s catching on quickly, or that

• some NGOs are advocating against permitting companies to independently conclude that their uses of substances in food are Generally Recognized As Safe, or that

• poor waste handling practices in some parts of the world have inspired anti-plastics business practices and laws, or that

• new packaging technologies with nanomaterials and active and intelligent features seem to emerge regularly, or that

• the U.S. government’s administration is ideologically opposed to the creation of any new regulations on essentially any topic, even those relating to safety, or that

• food and dietary supplement label claims of the products’ various health effects, or that they are ‘natural’ or have other characteristics, are being challenged in civil class actions, or that

• the nation is undergoing a convulsive revolution in the legality of cannabis- and CBD-containing products, pressuring packagers to stay on top of structural and labeling requirements.

All of those developments, and more, are part of the current scene. Lucky for your humble columnist, they can be expected to remain important sources of new developments and information for readers for the foreseeable future, as well.

InkJet, Inc. promoted Jeane Schalm to Chief Executive Officer. She will manage the overall direction of the business from operations to sales.
InkJet, Inc.
Aug 4th, 2020

Ship & Shore Environmental's Korozon System is innovated to bring peace of mind back to the public amidst the rise of COVID-19 cases.
Jul 30th, 2020

Volpak Introduces Next Generation of FAT

Are You Earning What You Should (or Could) Be Earning?

Redefining the Packaging Organization of the Future

Packaging is in a transformational state, driving disruptive innovation across the industry.
Jul 27th, 2020