TINE Meieriet Øst decided to introduce greater automation in order to achieve a significant increase in palletizing capacity. The company, a subsidiary of TINE BA, Norway’s largest producer of dairy products, thus wanted to move away from manual palletizing downstream of a TetraPak filling machine. This video from KUKA Robotics shows the flexible palletizing system for dairy products in trays and display cases.

In addition to this, older systems were also earmarked for replacement. Another reason for greater automation was the lack of space available. The solution considered was jointed-arm robots with short cycle times, long reach, repeatability, flexibility, high payload capacity and gentle handling.

TINE invested in three KUKA KR 180 PA palletizing robots, which can load a combined total of 1,000 to 1,200 pallets a week. This corresponds to ten pallets an hour. The robot grippers can each be controlled as two additional robot axes. The resulting adjustability of the end-effectors means that all of the products in the filling lines can be handled. The jointed-arm robots palletize milk-based soft drinks, UHT and fresh milk, and desserts. 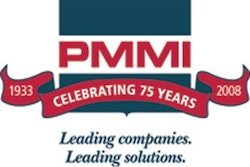 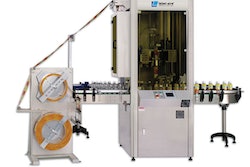