A regulator in an anti-regulation era

Bucking the trend, it appears Scott Gottlieb’s FDA is protecting the public health and trying to make it easier to clear new medicines and devices quickly.

When FDA Commissioner Dr. Scott Gottlieb recently had to explain the budget request for FDA in fiscal 2019, he was building on a record he had already established as someone who doesn’t fit the mold of regulators in the current administration.

As has been noted in this space, you would be forgiven for being surprised at the willingness of this Gottlieb-led regulatory agency to actively regulate, given the anti-regulatory themes of the administration’s actions and rhetoric. But FDA under Gottlieb has been, in short, doing things, though perhaps with more emphasis on suggestive and helpful industry guidance over mandatory regulations.

Gottlieb’s FDA has been especially active in areas aimed at reducing smoking rates and addressing the opioid epidemic. He also reports that, “Last year was a record year for medical products at FDA; with the most-ever approvals of generic drugs, novel drugs and medical devices.”

And now the administration is asking for a 13% increase in FDA’s budget to $5.8 billion, though almost a third of the increase will come from user fees, rather than appropriations.

The increased budget would enhance various FDA efforts, but Gottlieb emphasized one biggie: Building what he called a “knowledge management platform” to help facilitate its review of drugs and medical devices.

“Right now,” wrote Gottlieb, “if you asked me how we made a particular review decision in the past, I’d begin by asking our review staff if they’ve confronted a similar clinical circumstance, how it was decided and why. We have limited options to query review decisions to extract how we reached certain conclusions. We can’t store and interrogate the scientific precedent we establish every day.”

He also said the agency expects to issue more guidance documents, and more of them “focused on specific diseases. These guidances will outline clear, concise and up-to-date development guidelines as a way to foster innovation.” He also noted, “These guidance documents will aim to apply modern principles to make drug development more efficient by focusing on the most effective ways to prove safety and efficacy.”

Agencies that organize themselves more effectively and provide industry with guidance can help steer companies through rough regulatory waters, and ease what would otherwise be tougher legal burdens. But even regulatory requirements aren’t always purely a burden. Though it’s something of an accepted truism that regulated industries hate regulation, in many contexts, regulated businesses prefer regulation to non-regulation, because a regulator’s blessing of their product affords them certainty about what’s expected of them and provides help in marketing. That’s why drug companies howled at the suggestion that FDA should get out of the business of pre-approving new drugs when that idea was floated by another FDA commissioner candidate a couple of years ago.

He’s only in his first year of service, but Gottlieb has already proven to be a surprising commissioner in the current climate. Gottlieb’s emphasis on guidance documents instead of new regulations is of the flavor of the current administration’s philosophy, but his overall level of activity reveals a belief in the important role of regulatory agencies that his colleagues in the administration might not share.

Remember, FDA’s has least two fundamental goals, and they aren’t necessarily compatible: Protect the public health, and license new products such as medicines and devices quickly, sensibly and efficiently. Historically, one could judge a commissioner’s bias by which of these roles she or he made the top priority, but Gottlieb’s actions and comments thus far have pointed in both directions at once. 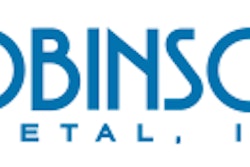 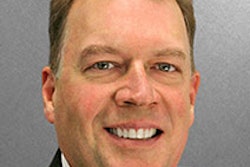 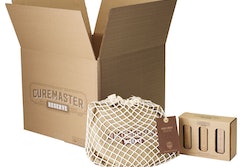