How and why to revoke a reg

If you found yourself wondering what’s up when the FDA moved to revoke its regulations regarding food claims and the risk of heart disease, you probably weren’t alone.

When FDA recently moved to revoke its regulation allowing some foods to claim they help reduce the risk of heart disease, you may have had these questions:

• Has FDA ever done that before?

• Is this one of those regulation revocations that President Trump said would be happening in virtually all government agencies? and

The answers are No, No and Yes. Here are fuller answers:

• Has FDA ever done this before?

No. Ever since Congress ordered FDA in 1990 to start evaluating connections between foods or food components and diseases or health related conditions, and to allow label claims about them when there was “significant scientific agreement,” FDA has been reviewing and clearing such claims. There are 12 of them so far, allowing for example some fruits and vegetables to claim they help lower the risk of cancer, or touting calcium and vitamin D’s help in lowering the risk of osteoporosis. The claim FDA has proposed to withdraw is about the connection between soy protein and reduced risk of heart disease.

For old-fashioned types like me who like clear boundaries between what’s a food and a drug, the emergence of permitted health claims for foods blurred those borders. Still, emerging health and nutrition information increasingly pointed to food and health connections, so it made sense to find a way to allow them to be mentioned on labels if “rooted in strong science” to quote FDA’s Susan Mayne, PhD.

These health claims have to meet a series of important specifications, including that they make explicit reference to a substance and a disease or health-related condition; that they only allude to reducing the risk of the disease (no claiming to diagnose, treat, mitigate, or cure it allowed); and, most important, the claim has to be specifically reviewed and OK’d by FDA before you use it. (I have often explained this to clients by saying, “Even if you know for sure the claim is true, you can’t use it if it hasn’t gone through the FDA clearance process.”)

And FDA won’t clear those claims unless and until it finds that there is “significant scientific agreement” that it’s accurate. (FDA has a separate track for reviewing and OKing “qualified” health claims that are the subject of something less than that type of agreement, but those have to be phrased in ways that clearly state the “qualifications,” that is, the caveats or limitations, that apply to the claim. There’s also a separate path under which other “authoritative” bodies of the US government can clear health claims based on their own findings.)

There are also several requirements about how the claims are presented on the food label, including for example that they need to make reference to the food involved being part of a healthy diet.

It stands to reason that if the essence of the FDA clearance process for these claims is a review of the available scientific knowledge, then it’d probably keep an eye on the state of knowledge over time and change its mind if serious doubts arose. That’s essentially what it did here. The soy-heart disease claim was cleared by FDA back in 1998 based on the scientific evidence available at the time. In revoking it, though, FDA declared that “the totality of the currently available scientific evidence calls into question the certainty of this relationship.”

FDA has never before revoked a health claim for food labels. The revocation comes at an interesting time, given the broader efforts of the Trump administration to revoke, halt, or slow the development of new regulations. Which leads to our second question:

• Is this one of those regulation revocations that President Trump said would be happening in virtually all government agencies?

No, instead it’s just an FDA use of a power it’s had for many years that is triggered whenever it thinks the scientific evidence calls for it.

As noted, all FDA has done so far is proposed revoking it, which is part of the conventional process for regulatory agencies. An agency proposes a regulation, publishes it, gives the public a chance to offer comments on the proposal, adjusts the proposal as it sees fit based on the comments, then publishes the final version, which becomes effective usually rather soon thereafter. Many people gripe about this laborious process, but its virtues are that it gives everyone clear advance notice of what the government is going to do, as well as, importantly, an opportunity to provide comments—objections, support, new facts—that the agency is legally bound to consider. In short, the plodding regulatory process is the way it is because of our rights to due process from our government.

Incidentally, as for the broader program of regulation revocations that the administration announced, FDA was reported to have already withdrawn nine sets of proposed regulations relating to the drug industry. And now for our third question:

• WHAT? FDA allows foods to claim to help to reduce heart disease?

Yes. It has done so for many years, as noted above. To this day, some people are still surprised to learn this, though.

Looking ahead, FDA has said it might replace the revoked regulation with one of those ‘qualified’ claims that lets companies tout a less-than-certain but still promising connection between food and a disease or health-related condition.

Looking ahead with a wider focus, if FDA does replace the permitted claim by permitting a less-certain claim, it could reflect a trend toward general loosening of label claim regulations which could also be reflected soon in the agency’s approach to drug makers touting off-label uses for their products. Right now, drug makers are only allowed in very limited circumstances to point to uses for their drugs that aren’t approved by FDA. However, the new anti-regulatory climate, and some remarks from new FDA commissioner Dr. Scott Gottlieb, have added strength to longtime pressures to loosen those limitations.

Hear Eric Greenberg’s podcast of this month’s column at pwgo.to/3232 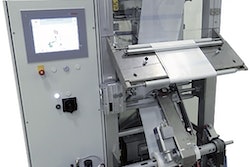 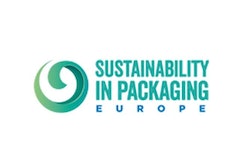 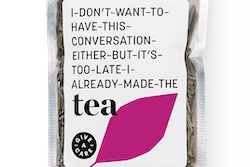