Our Northern neighbors came to Richmond, VA, on May 17 for a series of presentations.

The Canadian Wood Pallet and Container Association (CWPCA) promotes the interests of the wood packaging material (WPM) industry before various agencies and constituencies.  Simultaneously, it serves its members by providing informational and educational tools for increasing competitiveness throughout Canada and globally.  That the annual meeting was held this year in the U.S. was justifiable, given that 1) the WPM industry faces many of the same challenges in the U.S. as it does in Canada, and 2) the two countries are each other’s largest trading partner.

Dr. Chris Ruebeck of Lafayette College gave the presentation, Supply Chain Dynamics.  Part of the presentation was interactive, with attendees being able to give their answers to a series of WPM-related questions via hand-held devices that had been supplied prior to the start of the presentation.  Answers were electronically tabulated and instantly seen by attendees, which fostered further exchanges throughout the room.  About a third of the way in, the presentation switched to a detailing of a computer model for use in corporate decision-making.  The model factors in the supply chain but emphasizes that it’s dynamic and constantly changing as opposed to being something static or precisely predictable. What made all that of particular interest to the attendees was Dr. Ruebeck’s assertion that the model provides insights for the design, testing, and evaluation of pallets. At the conclusion of his presentation, Dr. Ruebeck sought attendee feedback regarding how the model might be improved.

Charles Leising titled his presentation, Back to Basics.  Leising’s credentials include a long history in pallet building and pallet recycling.  Those activities the focus, he spoke about the plant-layout he’d designed for them. He claimed that his plant-layout yielded the maximum in utilization of space as well as the most efficient and productive utilization of manpower; more than that, he put a dare to attendees—that none of them could devise a plant-layout that was more utilitarian!  Of course, Leising then was obligated to supply the particulars in support of his (shall we call it) confidence.  He highlighted the leanness of the operation, citing that it operated with two pieces of material handling equipment: a belt conveyor and a forklift truck.  His philosophy about wages had several unusual (even controversial) aspects; for example, everyone is paid by-the-piece and the pay-rate is applied to everyone, regardless of seniority.

Charlie Brindley and Jeff McBee teamed up for the presentation, A Tale of Two Industries.  Each brought an insider’s perspective, in that Brindley is the publisher of Pallet Enterprise and McBee dispenses his insights through Pallet Profile Weekly.

The two gave historical data about the wood pallet industry, including how the industry is defending itself against competition from pallets made of other materials, particularly plastic.  To that point, they expressed the opinion that the biggest player in plastic packaging is not meeting its ambitious goals.  Intra-material issues also were explored regarding the contentious competition between blue (CHEP) and white (stringer) pallets.  Although exactly which two industries were referenced in the title was not explicitly identified, it might well have been the wood pallet industry as it’s presently made up versus the potential wood pallet industry of the future.

Tollie Gilliam is a Supervisory Agriculture Specialist with U.S. Custom and Border Protection.  In that capacity, his day-to-day responsibilities entail the determination of whether goods imported to the U.S. on/in wood packaging (pallets and crates, primarily, but also including wood dunnage) comply with U.S. regulations.  His presentation was titled, On your IPPC Marks—Go.  The IPPC (International Standards for Phytosanitary Measures) mark must be on all of the aforementioned imported WPM.  The mark is certification that the WPM has been treated by an accepted method (heat or fumigation) to kill insects that might otherwise cause damage to domestic plants.  Gilliam began his presentation with a video of how his agency performs its duties; a video that he said had been so recently produced that the attendees would be the first to see it.  The rest of his presentation was slides.  Gilliam confessed to the subjectivity that’s an almost inherent element in determining compliance. He showed examples of WPM, that, for various reasons, were obvious cases of noncompliance; however, he also showed cases that were borderline, even sharing that there are times when agents squabble, one making a call of compliance, another making of call of noncompliance.  Gilliam also noted that his agency has a one-option policy in regard to noncompliance: shipping the offending WPM back to the nation that shipped it.  This most often entails shipping the cargo back, as well.   Occasionally, cargo is reloaded onto another pallet (done in a bonded warehouse) and allowed to stay in the U.S.; but that’s never done if the cargo is marked “fragile” or if there is something otherwise risky about reloading the cargo.

Bill Eggertson, Executive General Manager of CWPCA, ended the evening with his presentation, Imports Up, Exports Down.  He spoke mostly on balance-of-trade between the U.S. and Canada, citing that the latter country had the negative ledger.  He disclosed that the Canadian government “likes winners,” that is to say, industries with positive balance-of-trade statistics.  Such industries are better positioned to receive government support—a kind of the-rich-get- richer proposition.  It all was presented within the context of the challenges that the Canadian WPM industry faces in regard to improving its international competitiveness.

And, yes, yours truly also was on the program, my presentation being, The New Environment for WPM, wherein I spoke about how the industry has to reinvent itself in light of major trends and drivers. Some of the key points will be presented in an upcoming article. 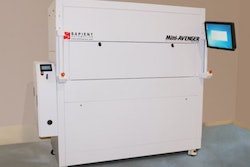 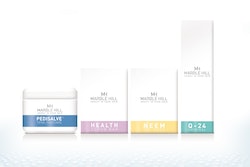 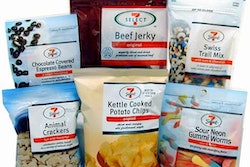