Will 'Steuben patents' dampen growth of aseptics in bottles?

As little as a year ago, informed observers were bullish on the growth of aseptically packaged low-acid beverages in plastic bottles. Now they’re not so sure.

Has the growth of aseptic packaging in bottles in the U.S. hit a snag? The recent Aseptipak Conference November 2-3 in Chicago would seem to indicate yes.

Produced annually by Schotland Business Research, the Aseptipak Conference traditionally features technology and product and market innovations likely to accelerate the growth of aseptic packaging. This year, however, the keynote presentation at the conference was a bit different. Organized by Business Development Associates (BDA; 301/951-3338), it was a panel discussion of the so-called “Steuben patents,” the assertion of which in the third quarter of 2010 threatens to significantly impede the growth of all aseptic packaging into bottles in the US. (See photos for more information on who participated in the panel discussion.)

In a study published in late 2010, BDA projected that the growth of aseptic packing of beverages in plastic bottles in the US would accelerate significantly in the three- to five-year time frame from 2010 through 2015. Our conclusion was based primarily on the growth prospects for the aseptic packaging of low acid beverages because the growth of high acid aseptic beverage packaging in the U.S. will be limited due to the existing extensive use of hot fill processing and the well-established chilled distribution system.

Similar projections had been developed and presented publicly by Chris Hoemeke and Mike Guidry, principals in the Mercury Consulting Group. Hoemeke has been following the development of the aseptic packaging market in the U.S. since 1999.

Unfortunately, in the same time frame as these enthusiastic projections were being published, a series of six patents (the “Steuben patents”) were issued and assigned to Steuben Foods by the U.S. Patent and Trademark Office (USPTO). Among other features that the patents claim as “inventive” is the process of “aseptically disinfecting [bottles] with hot atomized hydrogen peroxide.”

Steuben did not move against any other suppliers of aseptic processing equipment that also use a hot spray of hydrogen peroxide to sterilize the inside of bottles. However, Steuben apparently has authorized (presumably by license) another equipment supplier, Stork Food & Dairy Systems, whose equipment uses the same sterilization process, to use the patented technology described by the Steuben patents. At the same time, Steuben also purchased a Stork aseptic processing line, which is now in operation at the Steuben facility in upstate N.Y.

Expert opinion
In order to discuss the potentially dramatic impact of these legal proceedings on the growth prospects for aseptic packaging in the U.S., BDA invited two experts to the Aseptipak podium, both of whom were uniquely qualified to discuss the intricacies and outcome of the current conflict. These experts were Chris Hoemeke of Mercury Consulting and Frank Bozzo, an intellectual property lawyer with the firm of Hultquist IP.

Our guiding intent in developing this discussion was to adhere to, and be limited by, the public record and the available legal pleadings.

The initial comments by Bozzo addressed the broad issue of exactly what a patent is, what rights an issued patent gives to the patentee, and what specific inventions claimed and patented by Steuben are critical to this discussion.
A patent is essentially an exchange. Specifically, in exchange for revealing an invention to the world in the form of a written application to the USPTO, if the invention is found by the USPTO to be novel and nonobvious, the applicant may receive the right for a period of time to prevent other parties from using the patented article or process and/or the right to license the use of the patented technology to third parties.

The patent examiner assigned by the USPTO to review a patent application will review USPTO records on issued patents or published patent applications, as well as other databases of articles and other publications, to determine if the invention truly is novel (i.e., was not already invented by someone else) and nonobvious (i.e., represents a significant inventive step over what has been done before). Once the patent examiner is satisfied the disclosed invention is thus worthy of a patent, the patent is issued and is presumed valid. (The validity of the patent may be later challenged either in a U.S. Federal Court or before the USPTO, but a significant showing is required to show that the patent should not have been issued.)

Having described the broad outlines of the rights and recourses of both the patentee and an alleged infringer, Bozzo turned the podium over to Hoemeke. He described the development of aseptic packaging in the US during the last several years and the prospective shift in this growth trend that could result from Steuben’s assertion of these issued patents.

He then told his Aseptipak audience, however, that now a significant “chill” has come over the market. In recent conversations with Brand Owners, Hoemeke has detected a growing “wait and see” attitude regarding previously active projects from 2012 forward. He believes that this perceptible shift correlates directly with the initiation of the Steuben lawsuits. He further referenced recent off-the-record comments from several suppliers of aseptic filling equipment, in response to these changing Brand Owner attitudes. These suppliers are reducing or eliminating active marketing of low-acid aseptic equipment in the US. The sole noted exception is Stork.

Hoemeke further noted that alternative (sterilization) technologies are not coming on-stream fast enough to provide reasonable alternatives to the use of hot sprayed hydrogen peroxide. As a result Hoemeke anticipates that these new attitudes, and the resulting changes of marketing plans by equipment suppliers, will have a significant negative impact on the growth of aseptic filling of low-acid beverages in the U.S.

Hoemeke then turned the podium back to Bozzo, who surveyed the practical realities and status of the current Steuben litigations.

For example, in the case of the Steuben patents, although the business may use hydrogen peroxide to disinfect bottles, the alleged infringer may argue that it does not infringe the particular Steuben patent that covers “aseptically disinfecting [bottles] with hot atomized hydrogen peroxide” by showing that the business does not use “hot” or “atomized” hydrogen peroxide as described in the patent. In addition or in the alternative, the business may argue that the patents are not valid, for example, because someone else had invented the patented technology before Steuben, and/or that any features invented by Steuben are merely obvious additions to what had been done in this area previously.

Lack of knowledge not a defense
Bozzo stressed that the alleged Infringer’s lack of knowledge regarding the Steuben patents or a lack of intent to use the patented technology is not a defense to an infringement claim. A valid patent covers making, using, or selling the patented technology regardless of whether the alleged infringer knows of the existence of the patents. However, if a party knowingly infringes a patent, that party may be liable for paying greater damages upon being judged to have infringed the patent.

Bozzo noted that the USPTO provides for anonymous challenges to a patent to allow a challenger to raise a question of invalidity by bringing forth new documents that may show that the patent is invalid without having to expose oneself to possible reprisal by the patent holder. However, the open reexamination procedure provides the challenger with the chance to participate throughout the proceeding, for example, by rebutting the patent holder’s arguments as to why a rejection is incorrect.

A final judgment of validity or invalidity in the Steuben patent reexamination proceedings may be issued in 2012; however, if one or both patents are held to be invalid, Steuben may appeal the decision(s) to the USPTO Board of Appeals and, if desired, to a federal court. (The challenger in the open reexamination proceeding also has a right of appeal.) Accordingly, even if an initial decision is forthcoming in the near future, a final decision on the appeals may not be made for years. Thus, Bozzo concluded that the resolution of all of these proceedings may take years, and during this period the market uncertainty anticipated by Hoemeke would likely continue.

In summation, it appears there is some validity to Hoemeke’s fear are that a chill has come over the market where aseptically packaged low-acid beverages in plastic bottles are concerned. The confluence of these two parallel (legal and commercial) tracks will continue to have a significant long-term impact on the growth of aseptic packaging in the US. Three specific conclusions can be suggested: 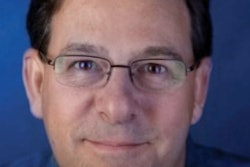 ADCO Manufacturing hires Gregory Ashbeck as its Director of Operations 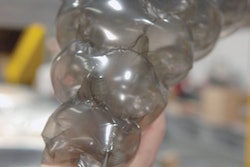 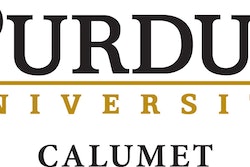 Mechatronics is the future