Packaging professionals weigh in on the recession

Our survey on the economy delivers unsurprisingly sobering news.

The political news that dominated the media through the 2008 presidential election morphed into coverage of the sinking economic conditions here and abroad as 2008 waned. Since then, a daisy-chain series of bad economic news appears almost daily, whether it’s the latest layoffs, news on housings starts, or unemployment figures.

Apparently, the official proclamation that the U.S. was in a recession came Dec. 1, when the National Bureau of Economic Research (www.nber.org) Business Cycle Dating Committee said so. It was also noted that the recession had started in December 2007. According to NBER, “A recession is a significant decline in economic activity spread across the economy, lasting more than a few months, normally visible in real GDP, real income, employment, industrial production, and wholesale retail sales.”

Whatever the definition, it’s obvious that we’re in a world of economic hurt that is being felt across nearly all industrial segments, including packaging.

Our Packworld.com survey checked the pulse of the packaging industry through feedback from more than 500 packaging professionals. The spectrum of companies whose managers participated ranged from Sara Lee to Eastside Deli, and from MillerCoors to Portland Bottling Co. Other companies represented included Hershey, Nestlé, Eli Lilly and Co., and Johnson & Johnson.

Whether from big or small companies, respondents shared what they were experiencing, collectively providing a broad-based picture that’s largely not a pretty sight. However, there is a notable number who remain unaffected—so far, anyway, as they noted—and other isolated bright spots flourishing through the spiraling downturn. Posted in mid-December, the survey continued collecting responses through late January. As you would surmise, the packaging industry is suffering through the same recession and corresponding results as much of the general economy. Feedback indicated the same kind of problems that mainstream media has chronicled all across industrial, retail, and commercials segments. These include layoffs, cutbacks, and reduced operations.

Those who indicated “other” rather than yes or no provided answers that were pessimistic—“not yet” being the most common response. This includes one packaging vendor who wrote, “A small portion of our industrial business has slowed. Our food business has been steady, but leadtimes have decreased as customer uncertainty has slowed orders.”

• Plants not operating to full capacity

• No overtime, no temporary help

• Consolidated to another facility

• 50% production reduction and a bad outlook

Several responded that their company or plant had closed, went out of business, or ceased operations.

Optimists can point to the fact that about 30% reported that their company or plant has remained unaffected by the economy.

We also asked about the use of used equipment (see Chart 3). Because this is the first time we’ve asked this question in a Packworld.com survey, we have no baseline with which to compare. However, it was a topic that surfaced several times in a related question in this same survey: “In what creative way is your company making use of underutilized personnel or machinery?” (see Lessons Learned page 33). Some of the responses included the following:

• We will be cleaning up stored or unused equipment and putting it up for sale if it is functional, or we will be selling it for parts.

• We have refurbished a few machines that were in “mothballs” instead of buying new ones. We’re also moving machines around to different plants to put them closer to where the customers are in order to save on freight.

Then there was this view from a manager with Lubrication Technologies: “We have always looked at used and new equipment; the economy did not make us look at used equipment.”

Joe Krueger, president and COO of Frain Group (www.fraingroup.com), a major vendor of pre-owned equipment for which packaging machinery is 80% of its business, says, “There’s good activity; we’ve seen projects.” Krueger views the number of “transactions” as a key indicator; he says this figure was up marginally for 2008 over 2007, though it tailed off in the latter part of 2008, with a bottom in November. January 2009 transactions were up from December, he reports, though below January 2008 levels. He feels Frain’s business, as well as that of OEMs, is affected by uncertainty in the credit market related to financing of capital expenditures. To hear more from Krueger, see packworld.com/podcast-27063.

In another question from this same survey, we asked about the ways in which personnel and equipment have been made to run smarter; some of those responses can be found at packworld.com/article-26976. One of those was a manager with a deli-sandwich packager who saw the economic downturn as an opportunity. “We are using slow times to improve the efficiencies of our production and equipment because now we have the time to do so,” he wrote, “and this will make for future improvements once the economy improves, which it will!” 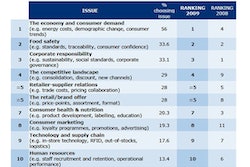 It's official--recession is top of mind 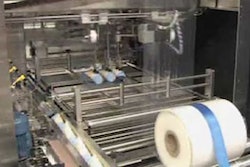 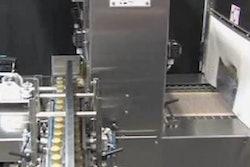 Polypack provides shrink bundling solutions for both distribution and retail