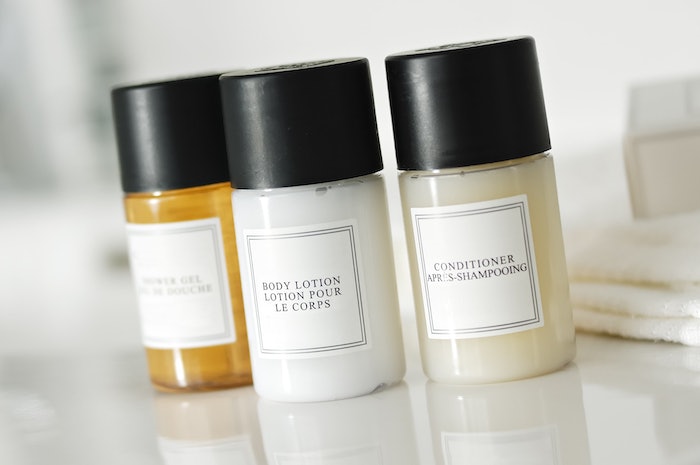 The new bill restricts the use of tiny plastic toiletries across California hotels and lodging establishments.

A press release issued by the office of California Assembly member Ash Kalra (D-San Jose) on Oct. 10 announced that California Governor Gavin Newsom has signed Assembly Bill (AB) 1162, authored by Kalra, which restricts the use of tiny plastic toiletries, including shampoo, conditioner, and bath soap, across California hotels and lodging establishments.

“I am proud to have authored legislation making California the first state in the country to accelerate more sustainable alternatives in the hotel and lodging industry by curbing our plastic consumption,” says Kalra. “Single-use products like those tiny plastic bottles commonly provided in hotels rooms represent a sizable amount of waste that can be easily eliminated through more cost-effective and environmentally friendly alternatives.

“We have reached a tipping point for action, and more needs to be done that transitions consumers and businesses towards more sustainable alternatives. And given our state’s large presence in tourism, this will be a model for the nation.”

Says the release, AB 1162 will help to reduce the impact of plastic waste in the environment by restricting hotels and other lodging establishments from placing small single-use toiletry bottles in sleeping room accommodations or bathrooms by January 2023 for large hotels and by January 2024 for hotels with 50 rooms or less.

If a hotel in California doesn’t comply with the ban, its owners and operators could be subject to monetary fines. On the first violation, a written warning will be given along with a $500 fine for each day the lodging establishment is in violation, according to the bill. Any second or subsequent violations would result in a $2,000 fine.

According to an article in the Wall Street Journal, “billions of half-full bottles get thrown away every year, roughly 1,000 bottles for every hotel room,” which would amount to more than 500 million tiny plastic bottles eliminated annually across 515,285 hotel rooms in California.

AB 1162, supported by the California Hotel and Lodging Association, is in line with the industry’s effort to minimize its environmental footprint, the release indicates. Hotel chains including Marriott International and InterContinental Group (IHG) have already announced the phase-out of tiny bottles of personal care products like shampoo and conditioner.

The statewide legislation was inspired by an ordinance in Santa Cruz County, which became the first jurisdiction in the state to ban hotels and other lodging establishments from providing small plastic bottles of personal care products in its effort to address the growing problem of plastic debris and to protect public health and the environment.