Its glass-like sheen is one of the attractions that a hot-filled PET jar has going for it, and several of these PET containers were front and center at ProFood Tech.

Pat Reynolds
Poised for growth are metal lugged closures like the one on the center jar shown here.

Three such jars, in fact, were shown at the Elmar booth, as all three are filled by machinery made by Elmar. All three containers are made by Graham Packaging. Perhaps the most interesting of them is the Francesco Rinaldi brand--part of Lidestri Foods based in Fairport, NY--in the center of the photo shown here. Historically it’s been challenging to use a lugged metal closure on a hot-filled PET container because, unlike glass, whose durable neck finish readily accepts such closures, a PET neck finish is subject to deformation when it’s exposed to the high temperature inherent in hot filling. But recent developments have overcome these challenges, and sure enough the Francesco Rinaldi container in the middle has a metal lugged closure. The key advantage to such a closure is that when it is removed by the consumer, the “pop” sound of vacuum release is part of the experience. With plastic threaded closures, that’s not the case. Consumers like the reassurance they get with this vacuum release sound. So expect to see more metal lugged closures on hot-filled PET containers. 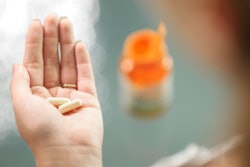 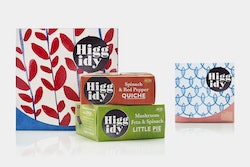 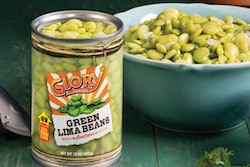 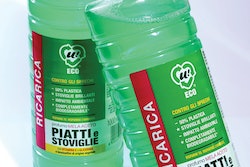