P&G introduces a limited-edition shampoo bottle in Southern California that uses an innovative addition to its packaging to help remind consumers to spend less time in the shower.

Anne Marie Mohan
A limited-edition Pantene Pro-V package used a five-minute timer to help consumers keep track of their time in the shower.

You may be familiar with some of Procter & Gamble’s sustainable packaging innovations—the most recent among them, a shampoo bottle made from beach plastic, for example. But what about a package that encourages the sustainable use of another resource?

Recognizing the importance of water in the production and consumption of its products, for many years, decades actually, P&G has focused on environmental policies around water. These include developing products that contain less water as well as those that require less water to use, and supporting efforts to ensure safe and clean drinking water.

In November 2016, P&G collaborated with creative agency Pereira & O’Dell to create a campaign using its Pantene Pro-V shampoo packaging to encourage Southern California consumers to use less water in the shower. Statistics show that showers account for nearly 17% of all household water usage, and last, on average, about 10 minutes. To help conserve water in California, the Association of California Water Agencies and The California Dept. of Water Resources, SaveOurWater.com, suggest taking a five-minute shower instead, saving approximately 12.5 to 25 gal/shower.

To help SoCal consumers keep track of their time in the shower, P&G introduced a limited-edition package for 17 of its 12.6-oz Pantene Pro-V shampoo varieties that included a five-minute hourglass timer, or “ShowerGlass,” attached to the bottle. Developed by Prereira & O’Dell the ShowerGlass was integrated into a silica band that attached around the body of the bottle. When the consumer flipped the Pantene bottle on its head—a flat bottle closure—the hourglass timer would begin the five-minute countdown. The silica band was also transferrable and reusable with any other Pantene Pro V 12-6-oz bottle.

The bottle was paired with a new formulation for Pantene Pro-V shampoo designed to lather quickly and rinse out immediately, and conditioner that spreads easily across hair and instantly rinses out.

The bottles, which were sold in Vons supermarkets in Los Angeles, boasted huge success via social media, with more than130.3 million impressions and reaching more than211.8 million consumers. Since the campaign, other areas in SoCal, in particular San Diego, have requested P&G to bring the program to their markets. 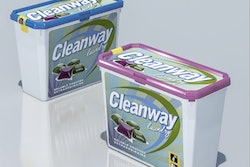 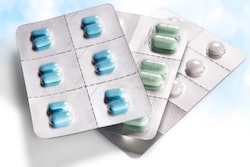 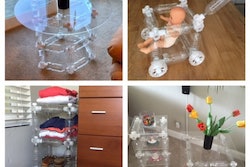