Dutch organic cereal producer De Halm has introduced its product in a compostable pack using NatureFlex™ and Tipa films, designed through a partnership between Futamura and sustainable packaging manufacturer Bio4Pack. The product is being featured in Amsterdam grocer Ekoplaza’s plastic-free aisle, along with a number of other solutions from Bio4Pack using NatureFlex films.

Ekoplaza states that to qualify for their plastic-free aisle, flexible packaging must be made from “innovative compostable biomaterials.” Futamura’s NatureFlex cellulose films are made from renewable and responsibly sourced wood pulp and are independently certified industrial compostable according to the European standard EN13432 and TÜV, Austria’s OK Compost Home standard for home composting. According to Futamura, NatureFlex offers outstanding barrier properties to moisture, gases, and minerals. For the De Halm cereal pack, the film is laminated to Tipa bio-based compostable film for excellent sealability.

Says Futamura, this innovation in biomaterials means that the Dutch consumer is not only able to buy a product in plastic-free packaging with a superb shelf life, but can also easily dispose of the finished pack in their green waste bin, which is accepted by the Dutch waste infrastructure.

Futamura Sales and Marketing Manager – EMEA Andy Sweetman says, “We are delighted that NatureFlex is featuring so prominently on the Ekoplaza plastic-free aisle. It is an easy substitute for some conventional plastics, especially for dry produce such as the De Halm cereal bag. We are looking forward to the plastic-free aisle concept developing in other countries.”

Patrick Gerritsen, Director at Bio4Pack, says, “We have been producing sustainable packaging from bio materials for a number of years. It is fantastic to see these types of solutions being more broadly recognized. We have used NatureFlex films for many of our packs as they are fully compostable and easily converted; which means we can use them on their own, or as with the De Halm pack, as part of a more complex bio-laminate structure.” 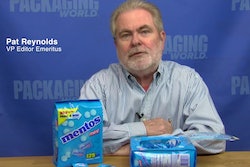 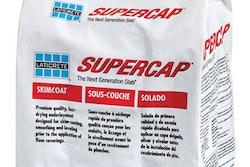 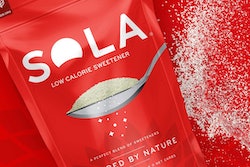