A new home appliance for craft beer lovers relies on a custom-engineered three-layer flexible pouch that holds and dispenses 1 gal of beer, while keeping product fresh for 30+ days.

Anne Marie Mohan
SYNEK has introduced a standalone home appliance that refrigerates, pressurizes, and dispenses beer for the home consumer.

St. Louis-based startup SYNEK has introduced a standalone home appliance that refrigerates, pressurizes, and dispenses beer for the home consumer. The key to the system is a custom-engineered flexible pouch, developed by SNYNEK and Mondi’s Consumer Goods Packaging business in North America, that holds and preserves a full gallon of beer.

“Because of the delicate nature of beer, the dispenser’s pouch is a critical draft system component,” says Markus Hoedebeck, Vice President of Product Development, Mondi Jackson (Mo.). “The pouch is designed to handle the intense pressures produced by beer, which is well in excess of pressures in boxed wine bags, and also to preserve the beer’s freshness for over a month.”

SYNEK is the brainchild of company founder Steve Young. A former stock analyst covering the retail industry, Young heard persistent laments from top brewers on the outmoded state of beer packaging and distribution. There were few packaging options to fill the void between bottled beer and growlers—small containers whose contents stay fresh for only a few days. Determined to address the problem, Young succeeded in raising $650,000 though Kickstarter, and then assembled a team of engineers.

The first step was developing a portable, flexible container that could transport beer and keep it fresh for many weeks. A yearlong team effort between SYNEK and Mondi resulted in a flexible pouch consisting of three layers: an inner layer that is FDA-approved and does not react to the ingredients in beer; a stretched aluminum middle layer that functions as an oxygen barrier and protects the pouch’s contents from UV rays; and a polymer-like exterior that adds strength and durability. In addition, SYNEK and Mondi collaborated with a third company to develop a frontal spout for the pouch.

“SYNEK and Mondi’s packaging engineers and materials specialists worked closely to produce a pouch that meets requirements for maintaining freshness and keeping the beer properly contained during transport, handling, and dispensing,” says Young. “The resulting one-gallon flexible pouch is an essential and highly engineered component of the SYNEK system, and a unique solution to a particularly demanding flexible packaging challenge. Our collaboration with Mondi has proven successful. We have received interest in SYNEK from many of the world’s largest breweries and retailers.”

Users take the pouch to their favorite brewery for filling or can have it filled from a tap at a restaurant or bar. After filling, the pouch is securely capped. Once home, the user removes the cap and connects the pouch to the draft system. The pouch holds 128 oz, which is the equivalent of 11 12-oz beers. The beer stays fresh for 30+ days.

SYNEK contains a complete cooling system and CO2 pressurization cartridge. It dispenses beer at the right temperature and pressure and can be adjusted to user taste. The standard system is priced at $299. The system is being introduced across the U.S. and Canada in summer 2015 during a tour that is stopping at brew pubs and breweries in more than 30 cities. 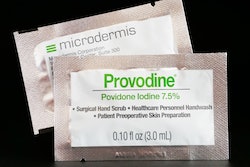 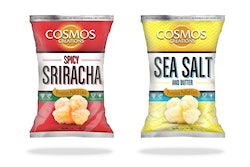 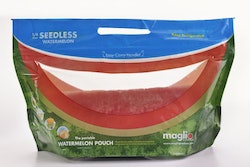 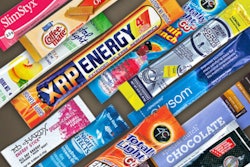 20 years of stick packing in America: What have we learned?