After three days of wall-to-wall coverage of PACK EXPO Las Vegas, packaging veterans Pat Reynolds and Jim Chrzan check down a list of new trend and technologies found at the show on this Take Five video.

Matt Reynolds: Hi, I'm Matt Reynolds, editor of Packaging World Magazine, back with another edition of Take Five. Well, PACK EXPO Las Vegas is close to a month in the rear view mirror, but we're still swimming in content from it. I just put up in fresh video today and I've got quite a few more to go. So needless to say, we got a lot out of Pack Expo, but two folks who not only got a lot out of it, but actually filmed themselves getting a lot out of it were Jim Chrzan and Pat Reynolds. Each day at the show, at the end of each day, they put together a quick review of some of the most interesting innovations that they saw on the show floor. So without any further ado, let's go to Pat and Jim at Pack Expo Las Vegas.

Jim Chrzan: Hi, this is Jim Chrzan. I am the vice president of content and brand development for PMMI Media Group. And we're here at Pack Expo Las Vegas at the end of day three. it's hard to believe we've made it through the week. And it was a well attended show. Pat, you were talking about some of the numbers?

Pat Reynolds: I think it broke records in three categories, but I have to go back and look at my notes, but it's been a great show that's for sure. And lots of exciting new developments, like in cans, for instance, there's this company called Canovation and they were just named, I think yesterday, as the winners of the Pack Expo technology excellence awards in two categories. So both in food and beverage and in personal care and pharma. And the concept is an aluminum can, but it's threaded. And it has a top that with a very short rotation, you can put the top back on and it's liquid tight. So it's pretty remarkable for an aluminum can. Oh, and one sector that they mentioned that's terribly interested in this, is the cannabis sector, which you hear often.

Jim Chrzan: Like any food or beverage, oxygen is the enemy. So if you can seal it up tight like that and be liquid tight, that's incredible.

Pat Reynolds: Yeah, That's right. They're really excited about their prospects.And then another container, although on the plastic side, you know how those aspirin bottles and tablet bottles, they've got that lip inside of like a shoulder, you cannot put a finger in and pull out one pill. And so with arthritic fingers, it becomes a real issue in trying to get pills out of bottles. So this company, R&D/Leverage, they're toolmakers generally for injection molding or injection stretch, blow molding. They've come up with this patent pending design where there's like a little shoulder, a little ramp inside the... that gets the pill over the shoulder of the bottle. So you can put one finger in, bring one pill out and it slides right up this ramp.

Jim Chrzan: That's interesting. So they went into easier to open pill bottles for diabetics and elderly people, but now even getting the medicine out is going to be the next step to make it easy for them.

Pat Reynolds: So they're looking for a brand owner who wants to buy the intellectual property and we'll see what happens. Mondi is another interesting company on the flexible film side. They have staked out a bag-in-box area. Now bag-in-box is not a new concept by any means, but in the pet food sector, it's just about unheard of. So they've come up with this... What do they call it? Flexi. A flexi system and it's for pet food and it's also SIOC. So it ships in own container. They think it has great potential for that whole e-commerce and multichannel sales.

Jim Chrzan: So when you say bag-in-box, you typically think of Kellogg's corn flakes for extended kind of a waxy bag and then lowered into the carton and sealed and-

Pat Reynolds: Yeah, for sure. And even liquid bag and box is very common, but apparently in pet food is just about never done. So this is great graphics. It's got a sustainability benefit as well. And they're really excited about what it'll do.

Elsewhere, in the food area, SOMIC had a big announcement. Now, SOMIC is a German based producer of case packing equipment. They showed up at PACK EXPO Las Vegas with Goya foods, a huge international producer of Hispanic foods, primarily, and in their Secaucus New Jersey facility, they are going to install a SOMIC wrap-around case packer that's sort of customized. It's custom made specifically for these standup pouches that Goya specializes in.

Pat Reynolds: And I was reading, talking to some of the Goya people and the speed and flexibility of this machine is certainly a powerful motivator, but the one thing that knocks their socks off is the footprint. It's incredibly small for what it does and the speed it does it at.

Jim Chrzan: And does this add to an in store display purchases where you tear off the top of the cart and there are the pouches, or you don't really know, it's just a containment?

Pat Reynolds: Yeah it's not that much of a retailer ready play. It's mostly a matter of a new category that just doesn't know what this is like. So black bag was something I saw at the Fresco booth, and this is a combination of a septic packaging, which oftentimes doesn't have the greatest graphics in the world or shelf impact. It has shelf stability. That's for sure, but this can be a combination of a beautiful graphics, a standup bag and shelf stability as well. So it's for veggies and soups and sauces.

Jim Chrzan: Does it resembles something like a brick pack basically or different than that?

Pat Reynolds: The bottom looks a little like that cause it's flat bottomed, but then it's beautifully tapered and much more shelf impact than what you're accustomed to seeing.

And then finally, Emerson. Big, big emphasis, like others, but a big emphasis on artificial intelligence or AI. And this is a case where an operator can control a machine just by pointing a tablet at it. And it's much better than having to run back and forth from part of the machine where there's a flaw back to the HMI and then back to the part where there's a flaw. And then back to the HMI. This way, you've got this tablet, you just point it at the machine and you're basically walking around with the HMI.

Jim Chrzan: Interesting. Well, it was a really great week here and everyone was a little nervous with COVID, would people turn out? And they certainly did. And there seemed to be all week long tipping points for sustainability, more people asking about it, attending things, standing remotely, as well as automation. Due to workforce development issues, they cannot find people. And now they're looking for automated packaging equipment. So it'll be interesting. We will see Pat next fall in Chicago, believe it or not, at Pack Expo international. And you will see us next time in Philadelphia, in March. So enjoy.

Matt Reynolds: And there you have it. That's Pat Reynolds and Jim Chrzan with their live at the show reporting from day three at PACK EXPO Las Vegas. 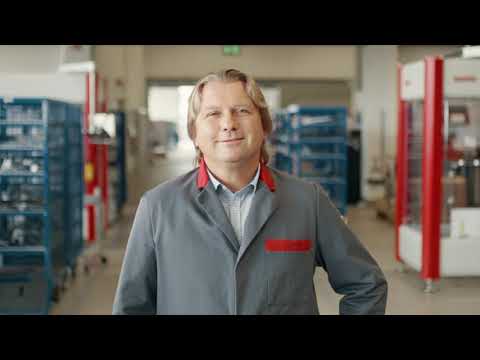 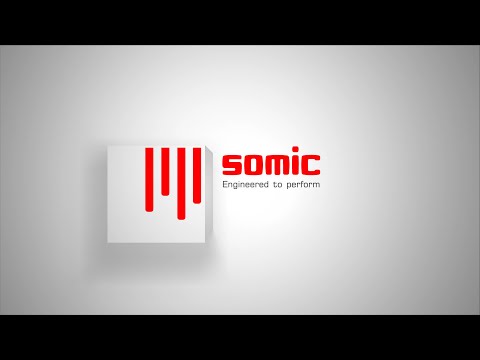 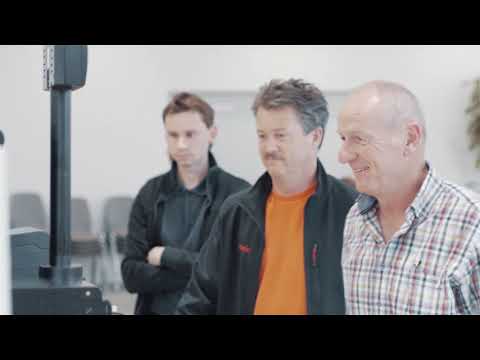 Watch interviews with PACK EXPO Las Vegas attendees on what they came to find and what they discovered at the largest comprehensive packaging and processing event in the world this year.
Kim Overstreet
Natalie Craig
Jim Chrzan
Oct 1st, 2021