Heuft offers the eXaminer II (shown) foreign object detector and the reflexx A.I. image processer both designed for use in the X-ray inspection of foodstuffs.

The Heuft eXaminer II series of foreign object detectors is designed to inspect packages filled with food such as thermoformed trays, tins, stand-up pouches, or jars.

The end-of-line systems of the new generation score points above all with pulsed X-ray technology that now achieves even more sensitivity with a considerably extended lifetime together with smart Heuft reflexx A.I. image processing. X-ray tubes have been specially developed and other X-ray components have been carefully refined. The user is automatically informed proactively long before they can fail so that he still has enough time for preventive maintenance in good time. As a particularly important component, the filament is even integrated twice. If one of them fails, the other one takes over immediately – completely automatically, without manual intervention. The result: a new dimension in detection and failure safety for foreign body-free food and packaging with reduced Total Cost of Ownership (TCO).

The X-ray pulses, which are short by the millisecond and are emitted only when a product to be inspected is actually in front of the respective X-ray flasher, now cover even larger packaging areas and penetrate larger quantities of product at the same time. In contrast to conventional continuous beam systems, there is no emission of X-rays either in gaps in the production flow or in stop situations. New full-field image converters with a significantly extended lifetime also increase the coverage and sensitivity of the unique pulsed X-ray inspection. In addition to reliable glass-in-glass or metal detection, the targeted identification of weaker absorbing foreign bodies such as bone fragments in pet food or plastic particles in yoghurt pots becomes even more precise with unrivalled low radiation.

In order to clearly distinguish them from harmless product and packaging structures the HEUFT reflexx A.I. combines completely self-developed hardware and software for high-resolution real-time image processing with validatable artificial intelligence (AI) for a targeted object detection and classification as well as a teach-in based on human experience. The user thus always has the option of modifying the AI's judgement and teaching unknown objects, which are initially assessed as defects in principle, as good and uncritical for product and packaging safety into a multidimensional feature space, so that only those products are rejected that are actually contaminated with dangerous foreign objects. 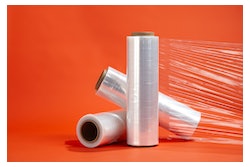 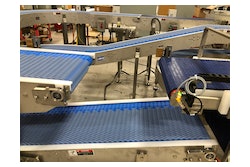 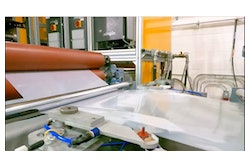