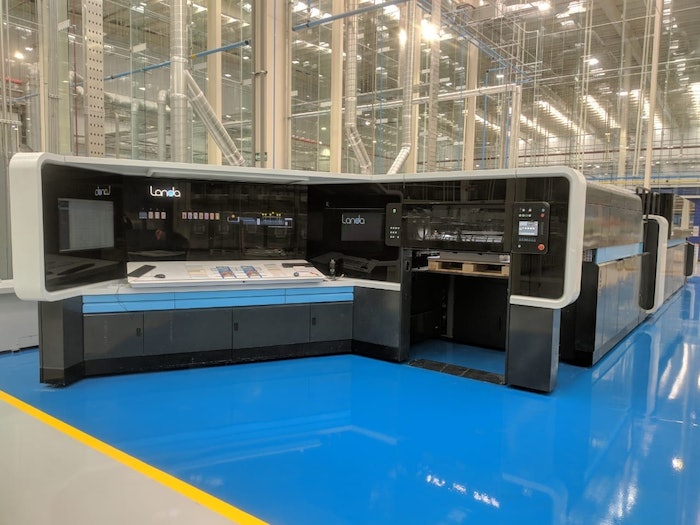 Those who attended Drupa 2012 tradeshow remember Benny Landa’s presentation on the use of nanotechnology in printing processes as one of its most outstanding moments. Nanotechnology, the science of materials manipulation at the atomic or molecular level to create substances with unique properties, has found an ideal application in the printing field. Tiny ink pigments, with widths in the millionths of a meter, produce powerful dyes that enable a whole new kind of digital printing.

The combination of Landa Nanoinks with the nanographic printing process patented by its creator, Benny Landa, results in outstanding speed characteristics, the widest possible range of color, ultra-sharp dots and high uniformity. Other properties making nanography and Landa press models an alternative increasingly appreciated by producers of packaging and commercial materials include the ability to print on a wide variety of substrates, and high resistance to abrasions and scratches on prints.

A Meeting with Great Repercussions

Among those attending Benny Landa’s presentation at that edition of Drupa were Eduardo Posada, Grupo Gondi CEO, and José Luis Villegas, its Director of High Graphics. After the presentation of the new development, the directors, impressed by what they had seen and heard, decided to take an important step for the Group. "We saw the presentation and talked with Landa, and Eduardo Posada decided to sign a letter of intent and make a deposit to become part of a select group of companies that would be at the forefront of acquiring this technology when it was available," recalls José Luis Villegas.

Today the project of having a nanographic printing press has become a reality for Grupo Gondi, placing them at the cutting edge of digital packaging printing in Latin America, especially for folding boxes for the food, cosmetics and personal care products sectors. In December 2019, at the headquarters of Papel y Empaques Gondi Monterrey (PEM) in the northern city of Monterrey, the Group installed a Landa S10 Sheet Feed model, which shares the same platform of a commercial-size B1 offset press, producing short and medium runs with different packaging materials.

Markets all over the world are experiencing transformations that exert an important impact on the way products are packaged and offered. In industries such as food and beverages, the existence of numerous lines, each with different sublines, references and presentations, has driven a demand for different packaging. Printers and converters must meet it promptly, with high quality and shorter runs than those traditionally executed with systems such as offset and flexography. "The tendency is to produce quantities similar to those made with offset, but in split batches; that is what customers are asking for," says Heberto Pachón, Landa representative for Latin America. He has followed closely the adoption and installation process of the Landa S10 press at Gondi headquarters in Monterrey. 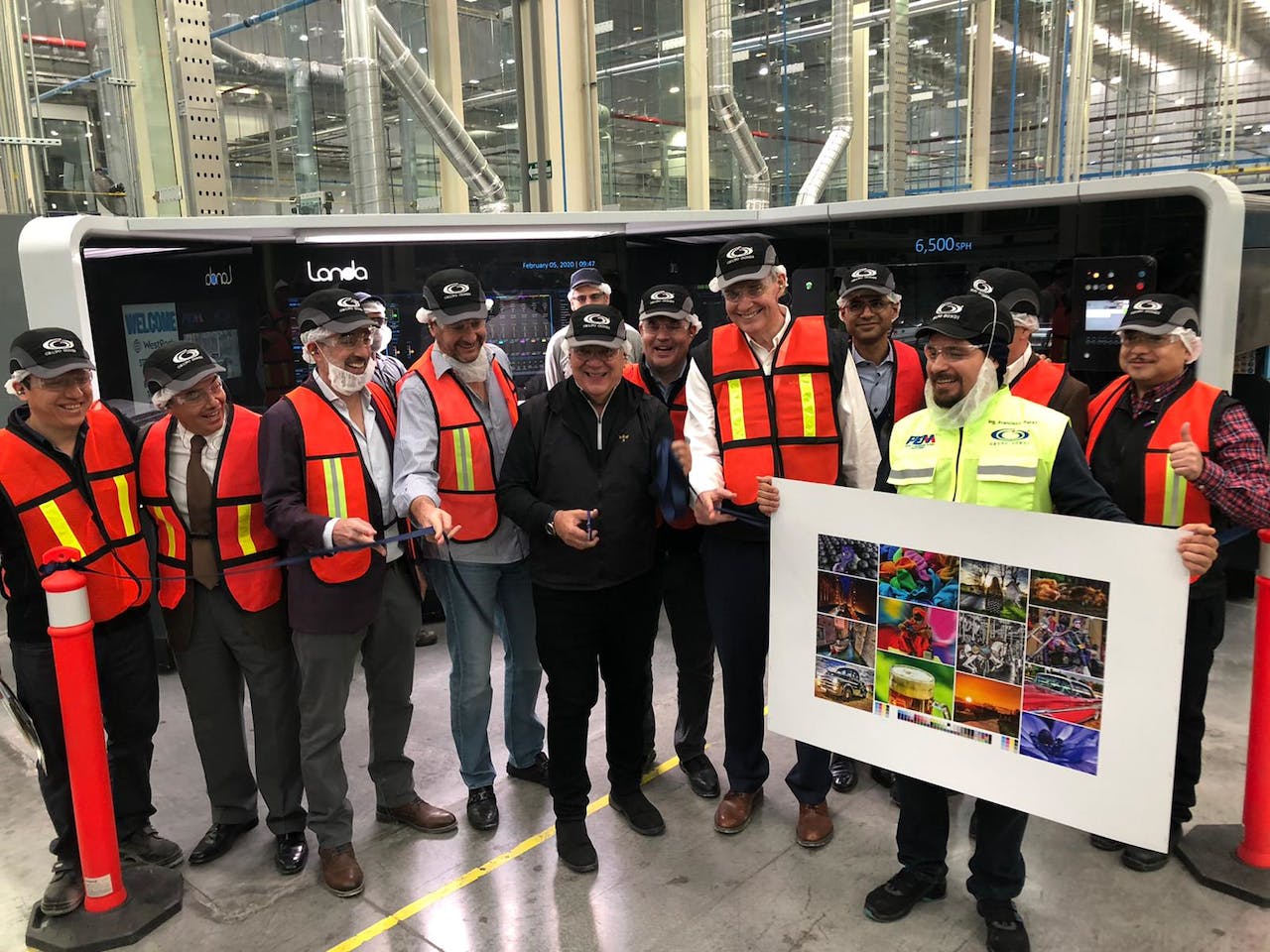 Picture of the press inauguration day.

Although the Group already used digital printing for packaging materials, installation of the Landa S10 model will allow production with industrial speeds such as those offered by offset systems. "This capacity means it is very likely that conventional printing can be displaced by this type of technology in the medium term," says José Luis Villegas.

The speeds and properties offered by the Landa S10 support the projection made by the Grupo Gondi Director of High Graphics on the consolidation of nanographic printing in this group companies and in the industry in general. Printing in B1 formats (75 x 105 cm), the model produces 6,500 sheets per hour, a speed that can be augmented through an update release. But it is not just speed that gives the Landa S10 press its competitive advantage in the high-graphics packaging market. By using process colors (yellow, cyan, magenta and black), nanography reaches a color spectrum of 86%, higher than that obtained with the offset process (65%), and when orange, blue and green colors are added, this range reaches 96% reproduction. “This means it is not necessary to use direct colors to print any shade within the Pantone range, and that institutional colors and brands can be accurately reproduced,” notes José Luis Villegas.

Behind this expanded reproduction capacity is the microscopic size of the Landa ink particles, dosed by printheads onto any substrate, where they behave differently than traditional inks. Landa ink is not absorbed by the substrate, but stays on the surface and forms a very thin film. The effect produced by the absence of penetration into the substrate generates a reflection that magnifies colors and, additionally, requires significantly smaller amounts to achieve the desired print quality. The water-based inks used in the nanographic process are also environmentally friendly, compatible with packaging that comes into contact with food, and generate less waste during changes between jobs, Villegas explains.

A Technological Lighthouse in the Region

In its over sixty years in the paper and packaging industries, Grupo Gondi has made technological innovation one of its fundamental growth axes, leading its companies to export their products to more than 159 countries in five continents. Hence the interest of its CEO, Eduardo Posada, in the innovation presented in Düsseldorf in 2002, where the Landa nanoprinting presses concept was introduced at Drupa. In 2016, beta tests began after signing the letter of intent, and Grupo Gondi became part of the Landa Lighthouse companies that believed in the project and were waiting for development of the machines to lead a technological revolution. This sea change is already beginning to show its benefits. 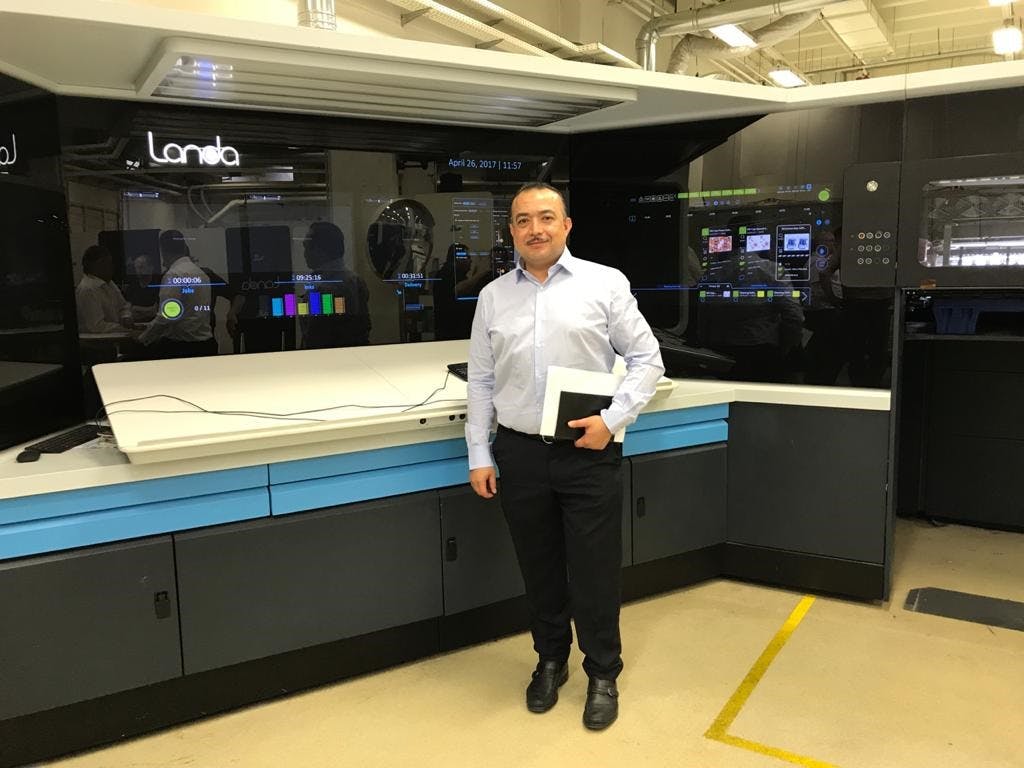 “We are prepared for this technology, for what we consider will be the future of graphic arts," affirms with conviction José Luis Villegas, director of High Graphics of the Gondi Group.

Starting in March 2020, work with the Landa S10 began in one shift, while the startup curve is met and before advancing to 24-hour, six-day a week production. Short and medium printing runs are being executed on boxes and packaging for the Group's markets of interest.

Previously, Gondi drove a campaign to promote the new technology with its clients, carrying out performance and reproduction tests for them, and showing them the benefits and plusses of the new printing offer. “Gondi carried out several color tests, with high evaluation parameters, and all of them were satisfactorily overcome,” observes Heberto Pachón, describing the preparations the Group followed before putting the new printing capacity into service. "Gondi´s customers should get used to a change in the perspective of greater color richness," he affirms.

Being a pioneer in the adoption of a technological innovation such as nanography is a challenge for a company that demands close and complete support from the manufacturer. That was the case for Grupo Gondi, which received consulting from Landa for eight years. "We are prepared for this technology, for what we believe will be the future of graphic arts," states José Luis Villegas with conviction.

The Landa S10 press was installed quickly and efficiently at the Papel y Empaques Gondi plant in Monterrey. "There was no setback in the installation, and a joint effort was made with the factory and local suppliers to complete the process in a little less time than planned," says Jose Luis Villegas.

On the other hand, knowledge of the new technology was provided through extensive training at the Landa headquarters in Israel and the Grupo Gondi facilities in Mexico.

For service and technical help Gondi also has local support of Mexican technicians who backed by the company in Israel and the United States. When integrating the new press into operations, Landa also helps Gondi to identify jobs that can make the transition to nanographic printing. 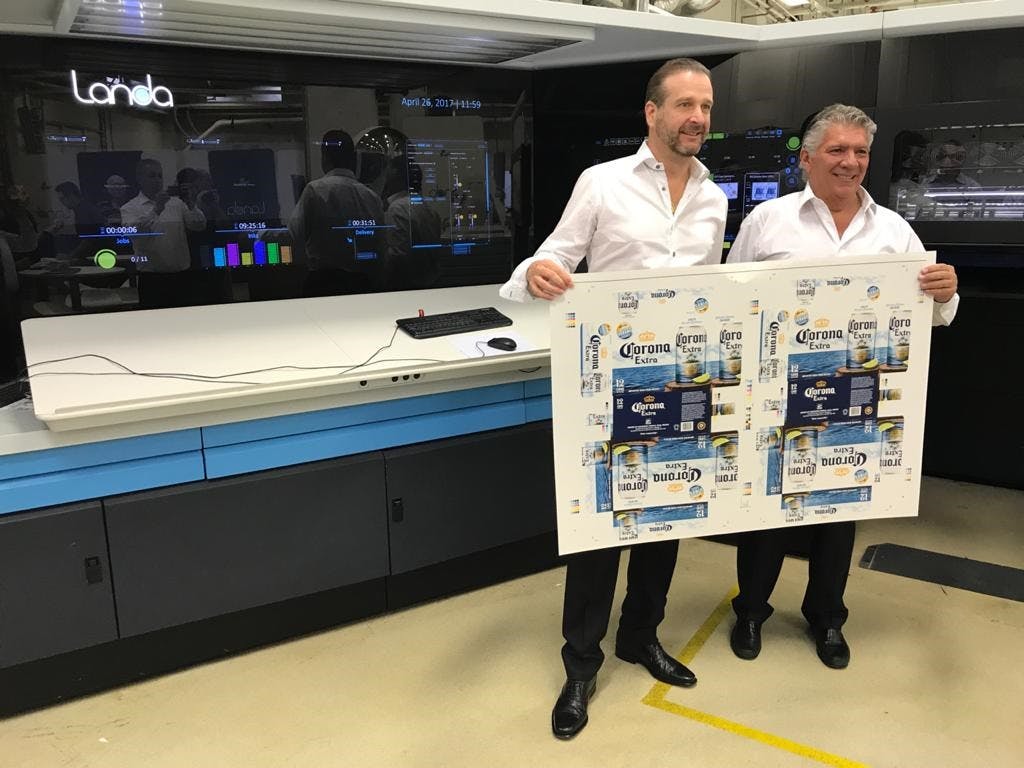 It is not just speed that gives the Landa S10 press its competitive advantage in the high-quality packaging market: with the use of process colors (yellow, cyan, magenta and black) nanography reaches a color spectrum of 86%, higher than the offset process (65%), and when orange, blue and green colors are added, this range reaches 96% reproduction.

By the time the press was commissioned, all the preparation necessary for an efficient operation was in place. "Operators feel very comfortable with the ease offered by the machine, which is highly automated and has many interactive menus," adds Heberto Pachón, before highlighting the advantages of the Landa S10 in economic terms. “The press offers a very competitive variable cost in the market, with the added advantages of being able to reduce inventories, decrease waste and enable fast response times, which translate into economic efficiency. “Companies in Latin America understand the importance of new technologies and know how to adopt them, and Landa presses are real solutions that generate added value,” concludes the Landa representative for Latin America, in an omen for the success of nanography in the region.

Alliance Rubber Co., a global supplier of rubber bands, office, and packaging supplies, was chosen as The Best Large Company to Work for by The Sentinel-Record’s Readers’ Choice Awards.
Alliance Rubber Co.
May 23rd, 2022

2021 marked a milestone anniversary for the Precision Automation® organization as it celebrated 75 years of business. Fred Rexon Sr. began the business by putting a lathe and a drill press in his garage, making parts for local companies.
Precision Automation® Company, Inc.
May 23rd, 2022

Newtec realizes the purchase of industrial weighing and sorting machinery for food packhouses is a high capital investment that needs to be carefully researched and considered.
Newtec
May 11th, 2022

The company received the award in the International Trade category.
Bradman Lake Inc.
May 11th, 2022