Post-industrial and post-consumer EPS recycling increased in 2012 from 71.3 million to 93.7 million pounds, due to greater consumer participation.

The EPS Industry Alliance (EPS-IA) has released its 2012 bi-annual recycling report, which shows a steady rise in recycling rates of expanded polystyrene. To better track EPS recycling trends, the association gathers data to reflect both post-residential and post-commercial collection streams. The 2012 results show a modest decrease in the number of post-consumer pounds recycled, and a substantial increase in the number of post-industrial pounds recycled based on data received from 51 EPS manufacturers and independent recyclers in the U.S.

Post-industrial and post-consumer EPS recycling increased from 71.3 million to 93.7 million pounds. EPS post-consumer recycling represents 50% of all post-use polystyrene recycled in the U.S. and is one of the highest among all the plastics family. The EPS packaging recycling rate percentage continues to grow steadily.

According to Mary Burk of EPS supplier and EPS-IA member ACH Foam Technologies, the next step for EPS recycling will be creating more participation among consumers. “The push for increased involvement in take-back programs by commercial and industrial firms has made an impressive impact in EPS recycling,” she says. “ACH and its partner-members in the association have worked hard to educate commercial customers about take-back programs and initiate creative ways to push the recycling rates higher. We are seeing a good result in the commercial/industrial sector, but now it’s time to elicit a higher level of awareness and increased participation from end-users that will move the post-consumer rates in the same direction.”

The EPS-IA and its members have created several programs to encourage increased participation in the recycling of EPS. One is the Excellence in EPS Recycling Award, which celebrated its inaugural awards ceremony in spring 2013. The first place award was given to Dart Container, which instituted a California curbside recycling program where more than 65 cities participated. This effort processed more than 500,000 lb of EPS in 2012. Dart identified equipment that made foam processing at material recovery facilities less labor intensive, consumed less space, and was more efficient. The company worked with reclaimers to ensure viable end markets, and was instrumental in not only addressing waste diversion, but also in creating green jobs.

ACH Foam Technologies was honored along with its client Omaha Steaks in the honorable mention category for their efforts in helping customers find creative ways to recycle the meat coolers and connect customers with resources to send them back to ACH Foam Technologies or a local facility in their area for recycling. Also in this category, the California-based company Waste to Waves was honored for using foam waste in the production of new surfboards.

Several other organizations were also recognized at the event for their efforts. Among these was the City of Baltimore, which recently released a marketing program to educate residents and increase awareness of their EPS recycling program. Baltimore was honored for taking an active role in decreasing EPS waste, as well as pursuing EPS educational efforts as opposed to considering foam bans, as seen in other parts of the U.S. 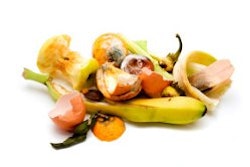 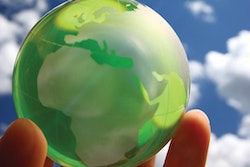 Packaging in a world of shrinking resources 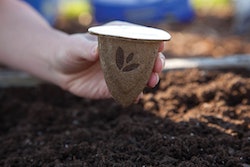