Harley-Davidson and Merchant Direct discussed how they ride the advantages of molded pulp at IMPEPA’s late-September seminar.

It’s not every day that a speaker at a technical conference begins his presentation by offering cold beer and bottle openers. Yet that’s precisely what John Billman did at the 5th International Molded Pulp Packaging Seminar. Held in Milwaukee in late September, the seminar was presented by the Intl. Molded Pulp Environmental Packaging Assn. (Mequon, WI).

Billman is the director of production with Merchant Direct, a Lake Bluff, IL-based mail-order company that ships microbrews as part of its Beer Across America “beer-of-the-month” club. Members receive a 12-pack (six each of two beers) of specialty beers each month that contain either longnecks or short, stubby bottles.

Billman provided a six-year historical perspective of the inner packing used by Merchant Direct to prevent bottle breakage during shipping. “Initially we used corrugated inserts, but they were difficult to set up and labor-intensive,” he said. “It could take a guy 10 or 15 seconds to wrestle open the insert and position it inside a shipping case.

“Next,” Billman continued, “we changed to expanded polystyrene trays, which were inexpensive and stopped shipping damages. But they didn’t nest. They took us a long time to unload and move around in our warehouse. Plus, we were receiving customer complaints about our lack of environmental concern.”

After conducting shipping and drop tests, Merchant Direct switched to molded pulp from EnviroPak (St. Louis, MO). “We’re now entering our third year using molded pulp trays, which are shipped to us in pallet loads and are easy for us to place in cases,” noted Billman.

“EnviroPak designed them so that one bottom and one top tray could be used for both longneck and stubby bottle shapes,” he said. The molded pulp piece that fits into the bottom of the case is designed to fit the larger diameter of the squat bottle. “The longneck has a slightly smaller diameter, so there’s a little area in the bottom where they can move around in, but nothing that would cause harm,” Billman related.

Perhaps most interesting is the tray used on top of the bottles. “That was the really tricky part for them,” he said of the tray supplier. “They created a top piece that we can just drop onto the bottles, and it literally slides down to cover the necks of the short bottles.”

Both top and bottom pieces contain 12 matching “pods.” Each pod is designed to accommodate one bottle. When the top piece is placed manually on top of the 12 bottles in each shipping case, each bottle neck fits into one of the pods. The longnecks fit further up into each pod than the short bottles.

The end result is that the bottom piece more tightly holds the short bottles while the top piece does the same for the longnecks. In many instances, the packs are shipped with six longnecks and six stubby bottles.

Merchant Direct and its supplier worked through three iterations before the current, custom tray was developed. While Billman admitted that the molded pulp trays cost more than the EPS versions, it’s likely that Merchant Direct saves money by using the same top and bottom tray pieces for the two bottle sizes, as opposed to having to pay for an additional set of molds.

At the end of the day, the molded pulp tray benefits offset the economic upcharge. “The trays are easy to use, and we meet environmental challenges,” Billman contended. “And unlike EPS trays, these nest. We can get about 9군 on a trailer, as opposed to 6ꯠ of the EPS versions.” That means the molded pulp trays require considerably less handling and forklift moving in the warehouse. Shipped by UPS or Federal Express ground transportation, the molded pulp has performed well enough for beer that recently the company also began using the material for its “wine-of-the-month” club.

“We originally tried molded pulp in ’95,” he explained. “But it had only limited success.” At the time, the technology and the company’s focus on molded pulp were lacking. “We continued to use molded pulp, but for just one part.”

Other materials were used, but damage was still a concern for parts shipped from Harley’s Franklin distribution center to distribution facilities in Rotterdam, the Netherlands, and through an Asian distribution network. Through those facilities, parts are shipped virtually anywhere around the world.

In looking for a cost-effective way to protect the parts, “we evaluated all the costs involved regarding packaging,” Zaporski recalled, “including molds, tooling, the material itself and how it would work for our global shipments. Every packaging material has its strengths and weaknesses.”

One of the resources Harley contacted was Keiding (Milwaukee, WI). “We had an opportunity to explore what molded pulp could do and we learned how its strengths could work for us,” he noted. “We wanted to focus on recyclability, and molded pulp is a great medium to work with. Our marketing department thought it was ‘earthy,’ and they said, ‘Go with it.’”

Now Keiding supplies Harley-Davidson with about 10 different custom-molded pulp pieces that are used for some 25 different part/accessory items. “We’ve tried to use molded pulp for as many products as we can,” said Zaporski. “As the company grows, we’re working to use it in a lot of different areas.”

Asked about economics, Zaporski told Packaging World, “We’ve established a good working relationship with Keiding and we’ve worked on pricing with them,” in a volume-based arrangement. He added that the cost of the molds, which Harley owns, are “extremely reasonable.” 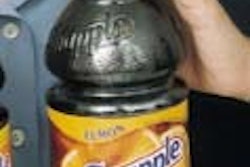 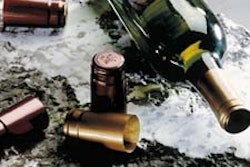 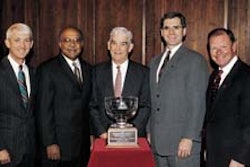