As EVP, Industry Outreach for PMMI, Angel will focus on industry outreach and building relationships that support the packaging and processing industry.

CHICAGO; Feb. 24, 2022 —  Almost 30 years after launching Packaging World, the most recognizable packaging publication in the industry, Joe Angel will be named Executive Vice President, Industry Outreach for PMMI, The Association for Packaging and Processing Technologies.

After eight successful years leading the evolution of PMMI Media Group as a B2B digital media powerhouse, Angel will step away from his current role as president of PMMI Media Group later this year. He will take on a more expansive role with PMMI, focusing on industry outreach and building relationships that support the packaging and processing industry.

“Joe’s unmatched experience and reputation will strengthen PMMI’s position as the leading resource for the packaging and processing industry,” says Jim Pittas, PMMI president and CEO. “Joe is a gifted ambassador for the industry, making this the perfect position for the next phase of his career.”

Angel was one of the three founding partners of Summit Media Group in 1993 which launched Packaging World in 1994. PMMI acquired Summit in 2014, and he was named president, PMMI Media Group. In his new role, he will help support PMMI’s outreach, notably with educational institutions, other industry organizations, members, and continue to engage with PMMI Media Group customers.

“I started my media career in packaging and processing in 1984. At this stage, I want to give back and my passion and experience will enable me to help PMMI in our continuing effort to advance the industry,” Angel says. “It is also essential that our younger generation is aware of the rewarding opportunities available to them within this community and I look forward to sharing this message with them. Though I will continue to keep close to the Media Group, I have every confidence in the leadership direction after the transition and excited for what lies ahead.”

Current Executive Vice President Dave Newcorn will become president of PMMI Media Group on Oct. 1, 2022. Newcorn’s promotion to Executive Vice President last year, along with his extensive industry knowledge and vision, has prepared him for this next step. Since PMMI’s acquisition of Summit Media Group, he played a key role in the integration of the two organizations, delivered a combined data strategy bolstering PMMI’s PACK EXPO trade show operations, and helped the PMMI Media Group launch new digital and print technologies.

“Joe will be fabulously successful in his new role and will be a tough act to follow,” Newcorn says. “Fortunately, I’ll have the help of longtime company veterans Jim Chrzan and Wendy Sawtell as well as exciting up-and-coming talent at PMMI Media Group to ensure that we continue to innovate how we serve our audience and advertisers alike.”

These roles will transition over the next several months, with more information to come later in the year. 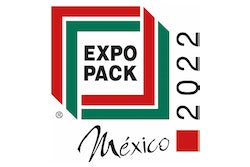 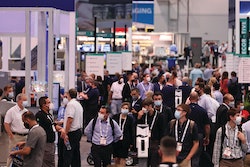 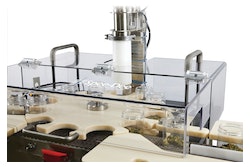