A summit organized by Frain Integration brings together brand owners, suppliers, and contract packagers to discuss growth challenges and opportunities in a divergent economy.

Volatility in the consumer products marketplace has never been greater. Consumer tastes and preferences, SKU proliferation, a hyper-competitive market environment, the rise of digital, and stakeholder expectations have combined to force companies to reimagine their business models. Trends toward shared assets and integrated supply chains are the new normal for brand owners, contract packagers, and their vendor partners.

In fall 2017, Frain Integration hosted a day-long industry summit, with a special focus on contract packaging, that featured a roster of highly informative speakers that provided insights on these trends. The event, “Unlocking Speed to Market – Growth Challenges in a Divergent Economy,” offered a glimpse into the future of the consumer packaged goods industry and integrated brand management. Partners in the event included the Contract Packaging Association, Sonoco, and Nulogy.

Kicking off the summit, Brian Wagner, Senior Director for AMERIPEN, and Co-founder and Principal of PTIS, LLC, talked about how digital technology is transforming traditional business models as well as consumers’ lives.

“Everything is becoming digital,” Wagner said. “Instagram is digital, social media is digital. If we think about digital and what it is to our businesses, it’s 3D printing, it's digital printing, it’s everything that IoT [Internet of Things] is touching that is enabling us to go to market faster and do things we’ve never done before in new, creative ways.”

Other forces changing the course of business in the 21st century cited by Wagner include direct-to-consumer retailing/e-commerce, with extreme consumer personalization resulting in supply chain disruption, and the triple-tech revolution—biotech, materials technology, and information technology. In his PowerPoint presentation, Wagner showed the three technologies as three overlapping circles. “Where the circles intersect, that’s leading to new developments that are affecting all of us in packaging,” he said. “There are a lot of opportunities in triple tech.”

As for package design, we have now entered the fourth dimension, Wagner said. The 2D world of packaging relates to graphic design, while the 3D world involves structural design. The newest dimension, 4D, involves the digitization of packaging, through tools such as barcodes, image recognition, QR codes, NFC (Near Field Communication)/RFID tags, BLE (Bluetooth Low Energy), printed electronics, and sensors.

Said Wagner, “Connected packages are brand-owned digital media, they map consumer and package together, and they provide end-to-end life-cycle data in real time.”

In closing, Wagner provided advice for attendees on how to become part of the digital transformation:

In answer to the first question, several panel members agreed that in recent years, CPGs have looked to the acquisition of small, entrepreneurial companies to achieve growth, especially in areas such as free-from and better-for-you products, which consumers are clamoring for. “What entrepreneurs bring to the table is a willingness to take on risk,” said Marvin. “A large CPG isn’t as willing to take that risk, they are more calculated. That’s why they are acquiring smaller brands.”

According to Ellis, the biggest change he’s seen in the CPG market in the last 10 years is the creation of specialized innovation teams. “However, organic growth is hard to come by,” he noted. “We all know that eight out of 10 product launches fail, so CPGs are being forced to acquire these smaller businesses, obviously at a premium, to grow their top line.”

Davidson, whose company produces both branded and private-label products and specializes in cup products (e.g., microwavable beans, rice, oatmeal), said MaGi has grown by focusing on innovation and differentiation in niches that are too small for CPGs but that have potential. “If you have a niche brand, and you’re out in the marketplace, it takes money and it takes time to build,” he said. “What we’ve done as a strategy is to move toward private-label products. Retailers are looking for ways to differentiate themselves, and private label is one of the best ways to do that.”

One of the defining characteristics of today’s CPG environment is the need to get product to market quickly. It’s here, Marvin noted, that smaller businesses have been more successful, due to more flexible manufacturing capabilities. “They’re able to take those risks to get to market as opposed to really looking at P&Ls and the cost of product,” she said. “They’re willing to take a loss to get their heart on shelf.”

For Davidson, speed to market is all about recognizing opportunities, trends, and changing consumer preferences and then reacting those changes. The challenge, especially for large CPGs, is having the flexibility in terms of equipment and processes to be able to move quickly on those opportunities. This is where co-packers, whose businesses are built on agility and flexibility, have the advantage, he noted.

Davidson also advised that to “catch up with speed to market,” small businesses and co-packers need to look at places outside supermarkets and retailers for opportunities, “places you wouldn’t have normally looked before, such as restaurants.” Also vital is a bank of connections or resources, including financial, so you can put a group together quickly and move on a new idea.

While some on the panel discussed the challenges of taking on small, startup businesses with short runs in the hopes they will grow, many co-packers are adding capabilities so that they can provide end-to-end services for new brands—including package design, material and ingredient sourcing, packaging, warehousing, and distribution, which sometimes even includes e-commerce. They are also adding new technologies, such as High Pressure Processing (HPP), aseptic packaging, and digital printing, or partnering with companies that offer those services, to provide new and existing brands with the ability to move into new markets.

Packaging’s place at the table

Packaging has a critical role when we are talking about meals. That’s according to Alicia Rudick, Director of Insights for Sonoco, whose presentation, “Meals of the Future,” outlined changing consumer demographics, food preferences, and meal-preparation challenges, and how these trends are paving the way for packaging innovation.

In her presentation, Rudick provided the following food for thought:

“In the kitchens of today, it’s all about time,” said Ruddick. “Brands have an opportunity to make cooking quicker, fresher, and more convenient with packaging.”

What does the future of meal packaging look like? Examples given: meal kits, prepared deli meals, single-serve shelf-stable and fresh snacks, portion packs of fruit, hot meals prepared to order at grocery stores, and microwavable meals, among others.

“It’s not just about the meals of the future, it’s about time management and how packaging can have implications on that,” concluded Rudick. “That’s really where we need to go.” 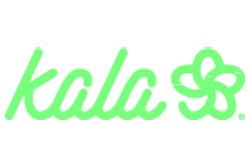