Wynn Wiksell of General Mills would say that the packaging supply chain can play a key role in reducing food safety issues. Wiksell outlined his views at the November 17 Chicago Chapter meeting of IoPP, where a merger between IoPP and FSAP was announced.

Pat Reynolds
Jane Chase and Wynn Wiksell
The Food Safety Alliance for Packaging (FSAP) and the Institute of Packaging Professionals (IoPP) have come to an agreement in principle to merge the two organizations. Wynn Wiksell, manager of packaging QRO at General Mills and chairman of FSAP, joined IoPP president Jane Chase in making the announcement (see photo) at yesterday's Chicago Chapter meeting of the IoPP in Lincolnshire, IL. Wiksell made the following observations in his presentation to the Chicago Chapter:

• FSAP—a three-year-old organization now having about 40 members, including not only General Mills but also Campbell Soup, Kellogg's, ConAgra, and Nestle—has developed HACCP models for packaging materials in the categories of cartons, rigid plastics, cut-and-stack labels, and composite cans. These models will be published in the near future. They'll also serve as the basis for education and training programs for stakeholders. Additional models are under development.

• When it comes to food industry recalls, it's important to note that 55% of them were caused by improper labeling involving, for example, food allergens. Only 20% were caused by microbial issues and 15% by the presence of foreign materials. If more than half of food recalls today are labeling-related, why shouldn't food manufacturers want to engage packaging suppliers in elevating food safety awareness? "We must protect our brands," said Wiksell. "Complacency is the enemy."

• AIB International, the provider of food-safety audit services whose reputation came into question following the meltdown of the Peanut Corporation of America, got thrown under a bus following PCA's collapse. Other agencies responsible for food safety should share part of the blame, as should food manufacturers who weren't diligent enough about checking the quality of the ingredients they were buying from PCA.

In a Q&A session following Wiksell's presentation, he was asked if suppliers of packaging would balk at adopting HACCP-like guidelines if such a move would somehow increase costs. He acknowledged it was something that would have to be weighed.
Related Stories 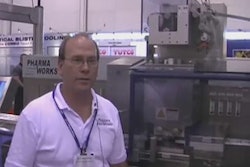 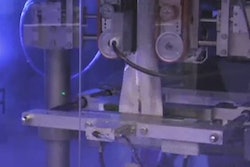 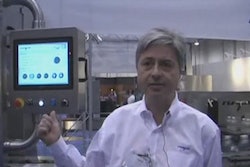