Lindal North America, Columbus, IN, specializes in the production of valves, actuators, spray caps, and overcaps for a range of consumer products. At its Columbus plant, Lindal manufactures closure parts on multiple presses. Lindal uses Spex molding equipment from Engel.

The company had been dropping prepared parts into boxes via chutes on the molding machines. The 15” x 14” x 23” corrugated boxes are supplied by Columbus Container Inc.

As Lindal molding engineer Jay Bray explains, “We were manually changing boxes as they were filled and had to do a weigh-check on each box, using a variety of check weighing machines. If we didn’t manually move a box off the line fast enough, parts would back up into the chute and the drop zone. Production got clogged, resulting in downtime.”

In discussions with a colleague from a previous working experience, Bray learned about modular “DynaCon” conveying equipment from Dynamic Conveyor Corp. The colleague recommended the start-stop flexibility and reliability of the DynaCon conveyors for companies who wanted to reconfigure their conveying lines.

Advantages of the modular DynaCon conveyors include the fact that the polycarbonate conveyor panels are shipped partially assembled. So they are relatively easy to completely assemble in-plant and easy to reconfigure, if conveying needs change. They also provide a self-lubricating feature, improving conveyor traction and durability, and the conveyors are relatively easy to clean and maintain.

Bray says, “The indexing DynaCon conveyors allow us important ‘cushion’ time. They give our people more operating flexibility. They give us a larger time window—it was about 7 minutes and now it’s about 28 minutes—to perform other surrounding tasks without having to go back and ‘balance’ box component-count quantities later. So we‘ve improved labor usage efficiencies, while ensuring consistent box-loading accuracies.” 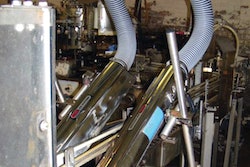 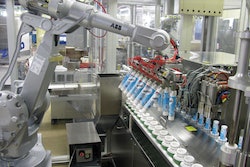 Norway's Ello turns to robots for an automation solution 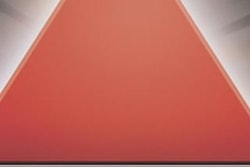