Pilot Pen installs new blister-making equipment that allows the manufacture of RPET packaging with zero waste for new line of pens made from recycled PET bottles.

Anne Marie Mohan
The two-pack B2P, is custom-made for a specific pen type.

In 2010, Pilot Pen Corporation of America, headquartered in Jacksonville, FL, launched the first pen made from recycled plastic bottles, the B2P, or Bottle 2 Pen—part of the company’s BeGreen line—which carefully took into consideration the environmental impacts from product to package to process. Available in a gel and ballpoint version with a housing made from 89% and 86% recycled PET, respectively, the B2P is offered in a blister pack made from 100% RPET material, formed on a packaging machine selected by Pilot Pen for its ability to handle RPET film and eliminate packaging waste.

“When we launched this product, we wanted to go across the line with recyclability,” explains Pilot Pen engineering manager Eric Brown. “There is no sense in having recycled pens and then packaging them in PVC [polyvinyl chloride] or nonrecycled board.”

For this reason, as well as many other advantages, Pilot Pen selected the KBS-PL blister machine from KOCH Packaging Systems LP, which readily accepts a range of film types, to package the new B2P pen product. The machine, installed in July 2010, is the first of several new KBS-PL units that Pilot Pen plans to purchase not only to handle the B2P line, but also to replace some of its aging blister-packing machines. As of presstime, Pilot Pen is anticipating the installation of its second KBS-PL unit in March 2012, with start-up in April 2012. The goal is to move more of its pen packaging from PVC blisters to RPET.

A commitment to innovation
Pilot Pen Corporation of America, part of the Pilot Corporation of Japan, is the third-largest writing instrument company in the U.S.  Pilot Pen’s key products include the G2 Gel ink pen and the Precise V5/V7 Rolling Ball pen—both of which are the number one-selling pens in their categories.

According to Pilot Pen vice president of operations Mark Peters, “Pilot prides itself on an unwavering commitment to product innovation.” It is this innovation, as well as the company’s concern for the environment, that led to the development of the B2P pen line. The gel pen uses the same ink refill as the company’s popular G2 brand, but with a housing made from recycled bottle material; a ballpoint version, with the same pen body, was introduced in 2012.
Says Brown, “The B2P line is designed to mimic the look of a water bottle. The body of the B2P pen is translucent blue, with unique striations similar to those commonly found on water bottles.

“Consumers enthusiastically embraced the product, as B2P not only offers a responsible, environmentally sound choice in writing instruments, but also provides the high-quality, smooth writing experience offered by all Pilot Pens.”
The B2P Gel Ink pen, with a projected volume of more than 5 million pens in 2012, is available with a 0.7-mm tip, in black, blue, and red ink. The pens are offered in 12-count boxes (five SKUs) and in nine blister-card SKUs. The B2P Ballpoint has a projected 2012 volume of more than 13 million pens and is offered in 0.7-mm and 1-mm versions, in black, blue, red, green, and purple ink. The ballpoint comes in 12-count boxes (12 SKUs) and in 11 blister-card SKUs. Both items are sold in national retailers and commercial wholesalers nationwide.

Flexibility is key
In selecting machinery to package the B2P line, Brown says the first consideration, as mentioned previously, was its ability to form RPET. As he explains, older blister machines use radiant heat to form the blisters, whereas the KOCH machine uses contact heat. “You get better control over your forming with contact heat,” he says. “PVC has a larger forming window. RPET is very narrow, and with the older equipment, we just could not achieve good quality using RPET.”
The next requirement was the machine’s ability to accommodate Pilot Pen’s existing blister form plugs, or molds. “The decision to purchase a KOCH machine instead of refurbishing our older equipment was based on the ability of the KBS-PL to accept our blister form plugs with few modifications,” he says. “We currently own over 400 blister plugs and could not afford to replace them with another thermoformer’s format.”

Pilot Pen’s large number of blister form plugs is the result of its practice of packaging its pens with the clip of the product and the logo oriented in the blister so that they face the consumer. “All of our tooling is dedicated to a specific pen type versus a generic pocket where you just drop pens of a certain length or size into a standard blister format,” explains Brown.

The 400 blister form plugs represent somewhere around 1,000 different SKUs that include various configurations of pen colors, pen counts, pen types, special promotions, and more, based on retailers’ growing requests for packaging designed specifically for their stores. “They [the retailers] are coming at us from all angles,” says Brown.

Because Pilot Pen needs to be able to accommodate these demands for custom packaging, flexibility was another big requirement for the new blister machine. “We exist in a dynamic, customer-driven market,” says Brown. “With our existing machines having long changeovers, speed limitations, and the inability to form RPET, it was necessary to look elsewhere to solve our machinery inadequacies.”

With the KBS-PL, Brown says, “changeover is easy.” It takes one operator one minute to change a plug for a new blister, while a complete changeover from one package configuration to another takes about 40 minutes. With Pilot Pen’s older equipment, changeover takes three to four hours and requires two maintenance employees.

The new machine offers an output of 18 cycles/min versus Pilot Pen’s previous standard of 12 to 15/min, depending on the package. Machine uptime is rated at 90%, reveals Brown. “The machine just runs and runs and runs,” he says. “We only turn it off for breaks and lunches.”

Machine design eliminates film waste
Another very attractive feature of the KBS-PL for Pilot Pen is that it completely eliminates film waste, with the exception of the first few blisters formed by the machine after start-up. Pilot Pen’s older blister machines produce up to 80,000 lb per year of PVC film scrap from edge trim, which the company must grind and store until they have collected a truckload quantity. The scrap is then sold to a recycler “for a fraction of the cost” of the original material, Brown explains. “We are losing all that money,” he says.

In contrast, the KBS-PL uses a variety of film widths determined by how many blister form plugs for a particular package format can fit on the sealing station. “On older machines, you just have one size film, and the scrap changes depending on which package you are running,” says Brown. “Now, with the scrapless machine, you need a film width that fits the format of the tools.”

Operation of the KBS-PL machine, controlled by a solid-state industrial PC running Beckhoff TwinCat control software, is as follows: RPET rollstock is guided through the forming station where blisters are formed, after which they are cut in longitudinal and transversal direction without any waste. Finished blisters are placed by grippers into the pallets, or trays, where they are filled with product. Next, an integrated card-placing unit places blister cards on top of the filled blisters, which are then sealed at the sealing station. A suction plate picks up finished product and transfers it to another suction plate that rotates it and places it face-up on the machine exit conveyor. Products are then booked and packaged into a chip box or are loaded directly into a display.

Pilot Pen sources its 10-mil RPET blister film from multiple vendors, including Pacur, Integrated Packaging Films (I.P.F.), and Klöckner Pentaplast. Its blister card is made from 40% post-consumer recycled-content ArctiKote® board from Cascades. The board, which is coated with a water-based seal coating, is converted by Rohrer. Blister form plugs are manufactured by B&F Model & Pattern, Inc.

In February, Pilot Pen had KOCH install a module on the blister line immediately following the existing sealing station that allows them to produce either the standard face-seal blister or a trapped blister. “It allows us to implement a foil-coating process to our blistered products, which are currently not heat-sealable,” says Brown. “We are looking to grab the consumer’s attention and stand out among the many writing instrument competitors.” The module, he adds, replaces an entire machine.

Packaging plays role in pen’s success
Since the introduction of the B2P pen line in 2010, the product has been extremely popular, and the packaging has played a pivotal role in that success. “Response from both customers and consumers has been overwhelmingly positive,” says Peters. “We have even received e-mails from consumers thanking Pilot for moving in the right direction and making ‘relevant’ and ‘innovative’ products available that are environmentally conscious.

“The success of the B2P line is a combination of an incredibly functional pen that also makes purchasers feel good about using a product that is made from recyclable material, allowing them to be good stewards of the environment without sacrificing a high-quality writing experience.

“Packaging has played an integral role in the success of the Bottle 2 Pen line. The card shape and graphics clearly express B2P’s benefits and tell consumers the brand’s compelling story and value proposition. Partly shaped like a water bottle, the B2P’s sustainable packaging highlights the direct connection between the pen and the recycled water bottle, making it easy for consumers to understand the positive environmental impact they are making with their purchase.” 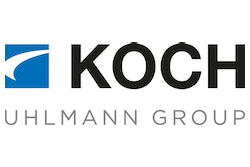