Small is the new big

A tortilla chip maker invests in new bagging equipment to keep up with the trend in downsized bags.

Small packages have become big business for Severance Foods, a manufacturer of private-label tortilla chips in Hartford, CT. “One-ounce bags are new for us, and our previous machines couldn’t handle that size,” says Severance Foods president Richard Stevens. The company needed a vertical form/fill/seal machine capable of higher line speeds to handle a range of sizes from 1-oz to 2-lb bags.

Stevens also needed a machine that could produce consistent seals—something he had experienced problems with in the past. “Sometimes the seal wasn’t strong enough, or there might be a ripple or tear in it,” he explains. “Also, if the package wasn’t tracked correctly, the graphics weren’t centered on the bag.”

Severance Foods purchased a robag 3-RSJ 320 from tna (www.tnarobag.com) as part of an investment in a new 1,500- lb/hr chip line. The new line plus the company’s existing production line and bagger doubled capacity to 3,000 lb/hr.

Severance Foods chose the robag primarily for its flexibility, says tna regional sales manager Toby Steward. “As a contract packager, they need to run a wide range of packages,” he says, “and they never know what they may need to do in the future as they get new customers.”

The machine fills the new 1-oz bags with ease using partial tube technology. “When you run a small bag, you’re generally running the same size corn chip, so it’s harder to get it into the small bag,” explains Steward. Typically, a bagging machine’s forming collar shapes the film into a round tube, and a solid metal tube is used inside the forming tube to convey the product to the bag. However, the metal tube can eliminate 15% to 20% of the space available for product to fall through, he says. The robag foregoes the solid metal tube, thereby creating a larger opening in the forming device that allows the chips to fall into the smaller bags more efficiently without blocking the tube.

The robag runs larger bags at 15 to 20 bags/min and 1- to 2-oz bags at 70 bags/min. “Before, we had a top speed of about 40 bags per minute on the previous bagger, no matter what size the bag was,” says Stevens.

In addition to sufficient line speeds, Stevens wanted a machine that was simple to operate. “We wanted something that was gong to be easy for us to train additional operators on so that when it came time to add additional machines, the learning curve would be shorter,” he says. “The training takes about a quarter of the time it would take to train a person to run the previous machine.”

The robag’s rotary jaws and built-in controls for functions such as film tracking and sealing temperatures produce a more attractive package with consistent seals, says Stevens. As a result, the company’s reject level is much lower than it was on previous bagging machines.

Stevens estimates that waste has been reduced from about 4% or 5% on previous machines to 1% or 2% using the robag. “There were a number of issues that affected the quality of the bag itself,” he says. “Some loss was due to roll changeover, or the film going off track, or a change in seal temperature resulting in an improper seal.”

The robag also has gas-flushing capabilities to increase shelf life—a new requirement from some of Severance Foods’ customers. “As the chips go into the bag, nitrogen is blown into the bag to displace oxygen,” explains Stevens. “The environment in the bag is about 2 percent oxygen to reduce the rancidity of the oil and provide a longer shelf life.”

Severance was so pleased with the robag’s performance that the company bought a second unit to replace the bagger on its older production line. The new machines also required the installation of a conveyor system from PPM Technologies (www.ppmtech.com) to transport chips from the production line to the baggers.

As more customers request smaller and smaller bag sizes, Severance Foods is strongly considering buying a third robag with higher line speeds and a scale system that has smaller buckets. “We’ve seen minimal breakdowns, and downtime has been reduced,” says Stevens of the robags. “Another benefit is a reduction in scrap of 2 percent to 3 percent. It makes for a nicer-looking package. Other machines require more human intervention to keep temperature and alignment correct. The robag takes a lot of the human factor out of that.” 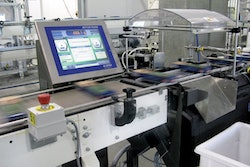 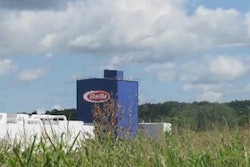 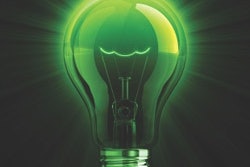