When consumers showed how much they liked resealable composite canisters for Animal Crackers, Keebler responded by launching other products in that package format. 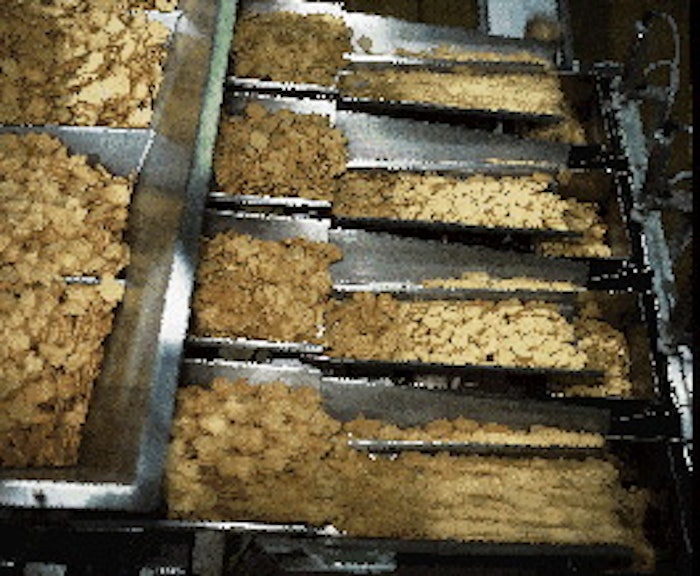 Product is automatically fed into canisters by a PLC-controlled four-bucket filler (above). Product reaches the four individual