Our May 20 Packaging Automation Forum focused on trends and developments that hold great promise for the packaging profession.

But one worrisome note echoed repeatedly in the day’s proceedings: that little thing called skills erosion. First it was touched on by keynote speaker David Atherton, director of TIMQ & supply chain engineering at Unilever. He called the skills gap “the biggest problem facing us as we go forward. I see it as mission critical.”

A few sessions later, Procter & Gamble’s Rob Aleksa sounded the same refrain. Aleksa, who is corporate machine control section head at P&G, wants to see the educational institutions in this country pay much more attention to mechatronics, which he describes as a science-based focus on machine dynamics from a multidisciplinary standpoint that includes mechanical engineering, electrical engineering, and modeling analysis. “We need to influence our educational institutions,” said Aleksa.

Members of the audience chimed in, too. Educator James Higley of Purdue University Calumet in Hammond, IN, reminded everyone that his school, in cooperation with the Packaging Machinery Manufacturers Institute, is sponsoring a program beginning this Fall in Mechatronics Engineering Technology.

“The whole educational system is very slow to respond to things like this,” Higley continued. “The educational community doesn’t know that there is an enormous need in packaging for this kind of help. And the students don’t know that there are excellent jobs waiting out there. It’s partly a public relations problem. But we’re working on it.”
One of the questions raised by Unilever’s Atherton addressed the issue of practical steps that packaged goods companies might take today in order to become a part of the solution. Audience member Mike Pichler, manufacturing solutions program manager at Coors Brewing, suggested that packaging professionals might want to look into what are called Industrial Advisory Boards at nearby engineering schools. These boards are designed to help schools turn out the students that industry needs.

“I’m part of two boards, Metro State and Colorado State,” Pichler tells me in a recent email. “A few years back at Metro State we met monthly and redesigned parts of the curriculum to meet the changes in industry. This has proven successful, and enrollment is climbing.”

The Packaging Automation Forum isn’t the only recent venue where skills erosion was top of mind. Consider what Sean Monahan, a vice president at consultancy A.T. Kearney, had to say at a June 3 Financial Times/Italian Trade Commission conference in Chicago called Manufacturing For The Future: “Too many equipment maintenance professionals are nearing retirement and no one under age 30 is coming up to replace them. Repair protocols exist only in people’s heads. This should all be documented now so that it can be used to train for tomorrow.”
At the same event, Italian Trade Commissioner Pasquale Bova identified investment in a skilled labor force as a key strategy that U.S. manufacturers should consider in coping with today’s rising energy costs, an impending global recession, new competitors from low-cost markets, and an increasingly demanding consumer.
Knowing that people are talking about the skills gap is a good sign. Even more encouraging is the kind of initiative we see unfolding at Purdue U. Calumet. The combined strengths of a powerful association like PMMI and a premier university should produce meaningful results. 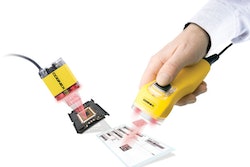 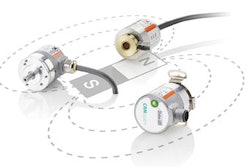 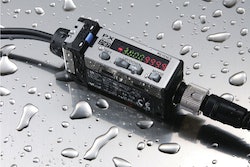 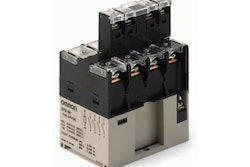