Uncertainty colored most discussions at a recent healthcare track-and-trace conference. A key question: How will FDA actions differ from California’s e-pedigree program? 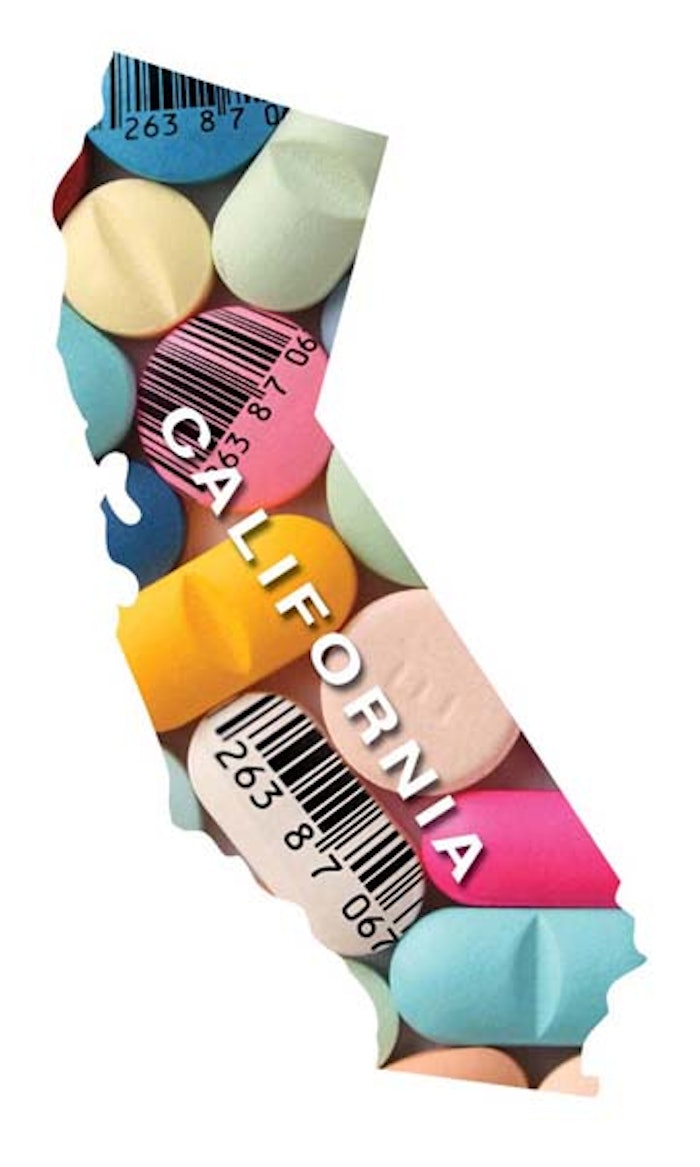 It was clear that packagers attending the “RFID Track and Trace” conference sponsored on November 16-18 by the Healthcare Distribution Management Assn. and the National Assn. of Chain Drug Stores were breathing a sigh of relief now that California has (again) delayed implementation deadlines for its mass serialization/e-pedigree requirement. Yet there was considerable concern about how congressional legislation and Food and Drug Administration action might affect the California program and whether new standards from international groups might impose new software and hardware costs on companies that had already spent money on track-and-trace databases.

Moreover, there was a quiet notion afoot that California’s decision to allow “inference” into the e-pedigree process might have dealt a momentary blow to manufacturers who had been betting on RFID. For those not familiar with the term’s use in this context, inference is all about confidence. For example, suppose a drug maker puts 48 uniquely serialized bottles into a case that has a 2D bar code associating the 48 bottles with the case. The distributor receiving the case can scan the case code and infer that the 48 unique serial numbers on the bottles are being received into the e-pedigree system even though each individual bottle has not been scanned. If indeed inference becomes part of the California legislation, the need for RFID as the tagging method of choice becomes less critical because there is no need to scan each individual bottle.

Guesswork about inference aside, Jeffrey Shuren, FDA associate commissioner, made it clear at the conference that FDA—which will be publishing a numerical identifier standard no later than March 2010—still prefers an RFID e-pedigree solution.

Typical of the uncertainty circulating at the conference was the presentation of Ron Yakubison, associate director for packaging facilities and equipment technology at Merck, which completed two separate e-pedigree projects at the end of 2007, one with RFID tagging, the other with 2D bar codes. The RFID tagging pilot involving Fosamex, Merck’s osteoporosis drug, was conducted at Merck’s manufacturing site in Arecibo, Puerto Rico. There, 13.56 mhz RFID tags and 2D datamatrix bar codes were put on item-level labels that were then applied to each 70-mg “wallet” of Fosamex, each of which received a serialized numerical identifier. Ten wallets were then bundled, the identifiers for the bundle and each wallet were “synched up” on the packaging line, and then 18 bundles went into a case, for a total of 180 wallets. The cases were labeled with UHF Gen2 tags, 2D datamatrix bar codes, and linear bar codes.

To accommodate the RFID pilot, Merck made significant investments to one of its multiple Fosamex Arecibo packaging lines, including adding six new systems such as a line management system, a tag commissioning station, and a Quality Assurance work station. Yakubison estimated the costs at $900,000 to $1.1 million, but noted Merck’s costs for the Fosamex line may be considerably more or less than another company’s costs for line conversion, depending, for example, on whether an existing labeler can be upgraded. In addition, there are “infrastructure” costs over and above packaging line conversion, such as setting up a data repository, although those costs would be spread out over multiple RFID lines.

Asked whether Merck would be instituting another pilot with other products, Yakubison alluded to a “high-speed bottle line.” But he declined to be specific. He implied Merck’s next big challenge was deciding on a drug pedigree messaging standard. Merck is one of the few large drug companies that hasn’t selected Axway or SupplyScape as its e-pedigree software provider. Both Axway and SupplyScape sell e-pedigree systems designed to meet Florida’s requirement, which essentially was for a detailed paper pedigree that could be embedded into an electronic document. The thinking back then was that printed information was more secure than an electronic version. Other states adopted Florida’s “paper pedigree” strategy. But California essentially blew that strategy out of the water, creating the need for a track-and-trace standard, which GS1 is now developing, and which may be ready as part of whatever standards the federal government issues in March 2010.

That deadline was dictated by the FDA Amendments Act of 2007, which requires the FDA to publish a standard for identification, validation, authentication, and tracking and tracing of prescription drugs via a “standardized numerical identifier on each drug package.”

FDA’s Shuren spoke at the conference, and a standing-room only audience of 200-plus hung on his every word. He said the FDA was likely to adopt whatever industry standard was ratified for mass serialization. That is likely to be the standard published by EPCglobal, the standards group. It is in the home stretch of finalizing a numerical serialization standard for the drug industry. Up until now, manufacturers doing pilot programs on serialization—such as Merck—have simply made up their own numbers. The controversy within EPCglobal has been over whether to include the National Drug Code (NDC) number as part of the serial number at the unit-dose level. Wholesalers have been in favor of that, but manufacturers have opposed it because they thought it might enhance the chances that some RFID pirate could steal the NDC numbers off an individual’s drug vial, violating their privacy, which has been an issue particularly with regard to AIDS drugs. The wholesalers wanted the NDC embedded in the serial number because it allows them to have more flexibility automation-wise in a warehouse.

The FDA March 2010 deadline only applies to standards, not implementation. With regard to the latter, though, Congress is likely to either endorse the California implementation schedule as a national schedule or modify it. Shuren said he expected Congress to pass this year a version of the Safeguarding America’s Pharmaceuticals Act sponsored by Reps. Steve Buyer (R-IN) and Jim Matheson (D-UT). That requires the FDA to develop a list of “high-risk for being counterfeited” drugs and then requires the manufacturers to tag those drugs with a unique numerical identifier, similar to the requirement in the FDA. The actual timetable for compliance is a little foggy based on the bill’s language, something that the two sponsors were expected to clear up in a new version of the bill.

The version of Buyer-Matheson from 2008 pre-empted the California law; but with California making significant modifications last September in its timetable, it is more likely that the 2009 version of Buyer-Matheson will just adopt the California program, since the industry agreed to its requirements in return for the relaxed implementation timetable. The bill California Governor Arnold Schwarzenegger signed on September 30, 2008, requires that pharmaceutical manufacturers doing business in California serialize all item-level packages and pass an e-pedigree for half their packages by January 1, 2015, and the remaining half one year later. For distributors to be able to “read” e-pedigrees, the deadline is July 2016. Pharmacies must be able to authenticate those pedigrees by July 2017.

“I don’t know why they would want to reinvent the wheel,” FDA’s Shuren said about Congress.

Although any FDA standard will probably be technology-neutral, the FDA has long backed the use of RFID tags on drug packages. Shuren seemed to emphasize the agency’s preference for RFID when he noted that the agency has found no diminution of drug quality from the electromagnetic interference associated with RF waves penetrating dosage forms.