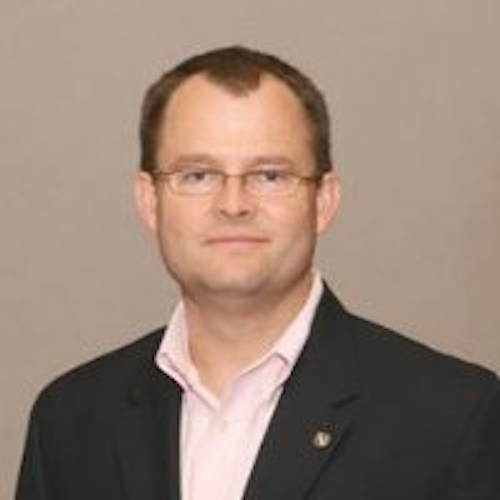 Gaffney is former senior vice president at Coca-Cola Refreshments, known until 2010 as the independently owned Coca-Cola Enterprises Inc., Coke’s largest bottler. He has nearly 30 years of logistics and supply chain experience, of which 19 he spent in the Coca-Cola organization, where he also held roles including president of Coca-Cola Supply and vice president of logistics for Coca-Cola North America. Previously, he held positions at global meat and protein provider AJC International and at Frito-Lay.

“The guy’s brilliant,” Eric Wilhelm, CEO of Coregistics said, summing up Gaffney’s role at “the biggest brand in the world,” where he reportedly led the creation of a supply chain and logistics shared services company and oversaw the supply chain integration work stream for the largest vertical integration in company history.

‘Being’ the customer
In explaining how the new COO’s experience will help Coregistics, Wilhelm said it’s similar to sports teams whose athletes are coached to “be the ball. What better way to completely be in touch with the customer than for us to be the customer?”

In fact, Gaffney had been a customer of the a prior contract packaging business of Wilhelm’s, Wilpak. The two have since been well acquainted, rubbing elbows in the Atlanta business community.

Responsibilities fall into several areas, however, Gaffney said the overall focus is on “advancing the company’s business model” which departs from traditional co-packing businesses to better manage the speed, customization and complexity required to deal with consumer marketing channels.

‘Riding the Wave – Adapting to the New World of Outsourcing’

Nutraceutical provider has quality in the bag (and bottle)

In the contract packaging environment, automation traditionally has not been an option. But as cobots become more affordable and easier to program, they offer a new opportunities.
Anne Marie Mohan
Apr 2nd, 2019

There is a “perfect storm” of market forces turning food and CPG manufacturers to CP/CM partners for product, process and external innovations. Consumer trends, sustainability, and new technologies are also drivers of this “new frontier.”
Kim Overstreet
Mar 28th, 2019

HPP paired with bottle filling proves to be a powerful combination

Dave Mabon of Ongoing Value thinks the many contract packagers that are capable of reverse logistics services, often simply by virtue of their software, are leaving money on the table by not advertising it as part of their value proposition.
Matt Reynolds
Feb 22nd, 2019

Generations are formed by economic, technological, and historical events that happen during formative years, and they create like-thinking cohorts. Awareness of the differences and similarities between them can inform how narrowly (or widely) you target with packaging design and messaging.
Matt Reynolds
Feb 21st, 2019

Co-packer, brand owners toast success of wine in a can

A passion for packaging

There are some people in the packaging industry who make an indelible impression due to their passion for packaging.
Anne Marie Mohan
Nov 14th, 2018

The September 12 Evolution of Excellence conference was organized as a way of exploring supply chain collaboration in a disruptive retail and e-commerce environment. Here are two highlights.
Pat Reynolds
Nov 5th, 2018

From concept to store floor: ‘Whatever it takes’

The opening keynoter at the September 12 Evolution of Excellence conference had this advice on e-commerce for today’s CPG companies: Selling through Amazon is not the only way.
Pat Reynolds
Sep 12th, 2018