As calendar turns to a new fiscal year, the association plans ahead

Happy New Year! That’s not as good as Christmas in July, but July 1 began the Contract Packaging Association’s new fiscal year.  It is a good time to reflect on where we’ve come from for a few moments and take the time to share what’s new and exciting. 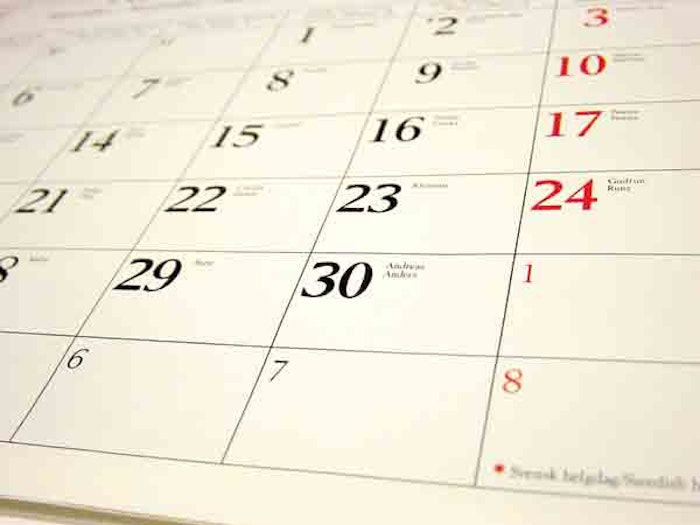 Since the last letter, two major events have taken place and several improvements in the management of the association have been implemented.

The first event was the annual meeting at the Lowe’s Ventana Canyon Resort in   Set in the foothills of one of the four mountain ranges that surround the city, the lights of the city shimmered and the lights of ideas radiated during the meeting. Mike “Pinball” Clemons used his expertise as a football coach and Canadian Grey Cup champion to lift the enthusiasm for learning during his keynote address.

And learn we did! While we all felt that employing a temporary labor force was becoming more difficult, Loretta Penn, vice president at Spherion Corp., taught us how the work force has changed, what the values of the new “emergent” worker are, and how the traditional mind-set of employers is approaching extinction.  Then she discussed how to take advantage of the change.  Few employers are structured to attract today’s new talent, and if you were there, you know how to restructure to benefit from the change.

Charles Poirier, partner at Contemporary Supply Chain Management, taught us about the contemporary supply chain and its changes.  Collaboration up and down the chain is mandatory. Though you might say that not everyone is embracing this change, the model is changing. Which is more successful: Southwest Airlines or the legacy carriers; Cirque de Soliel or Ringling Brothers/Barnum and Bailey? As Poirier stated, “The best performing consumer goods manufacturers are the ones with the greatest portion of their sales coming from new products.”  And that demands speed to market, which in turn demands collaboration.

Nina Plastics & Flex Pack taught us about their business model.  This materials manufacturer became a processor, became a co-packer.  All in response to market changes.

Consistent with CPA’s goals of keeping members educated on machinery and materials,
R. A. Jones & Co. taught us about its new Pouch King and Alcoa taught us about its PVC film, Reynolon, and where its application is beneficial for both co-packers and customers.

Jason Tham, vice president at Nulogy Corp., taught us how Nulogy’s “PackMan”ager combines ERP and WMS in a contract packager’s environment to take your office into “lean manufacturing.”

The “dessert” of the meeting was the presentation of phase of the Study of the Contract Packaging Industry, commissioned by the CPA. For those of you who didn’t participate in the study, but would like to purchase a copy of the report, please see how in the Around the Industry section in this issue of Contract Packaging magazine.

If you weren’t there, you missed three days of exciting learning. Plan to attend 2008’s meeting when, because of attendee suggestions; we’ll improve on this best-ever event.

The Packaging Summit took place in in May. The Packaging Summit team came through on its promises. Integrating materials suppliers with the services suppliers helped build traffic immensely. The Wal-Mart sustainability presentation required a waiting list. The conference schedule was as strong as last year’s and ended daily in the morning to help generate maximum floor traffic for exhibitors.  Plans for 2008’s show suggest another success.

The growth of the association has enabled us to make some visionary
changes. Greater participation by members includes nominations from and voting for candidates for the Board of Directors.  Board members met in last February (okay, not the best decision on time and location, but one which facilitated a working atmosphere) to determine one-, three-, and five-year objectives.  There are now formal job descriptions for board members. We were also able to define just what is expected of potential candidates for these volunteer positions.

The board has also authorized phase two of the “State of the Industry” report, which will include companies that are not currently members of the association.

In order to keep both the association and its members in the public eye, the CPA will participate in four events in this new fiscal year: the HBA show in New York and the CP 07 conference in Chicago, both in September; Pack Expo Las Vegas in October; and the Packaging Summit next May in Chicago.

The growth of the association during the last three years has been phenomenal, and it is continuing. The opportunities for education and networking are unique. While the train has pulled away from the station, jump on now before it picks up speed. Get involved!  This industry is in the early stages of a new life cycle and, as Steven Covey says, think plenty, not scarcity.

In closing, let us take a moment to thank Jim Ellis for his devotion to the cause and his unselfish giving of time these last two years.  On July 1 he was elevated to the position of Immediate Past President, the elder statesman of the association.  Fortunately, his counsel will still be available to us.