Keyence launches the IX Series image-based laser sensor. Unit is a combination of a camera with a laser, so users can determine part position prior to performing laser inspection, reducing hardware and installation costs. 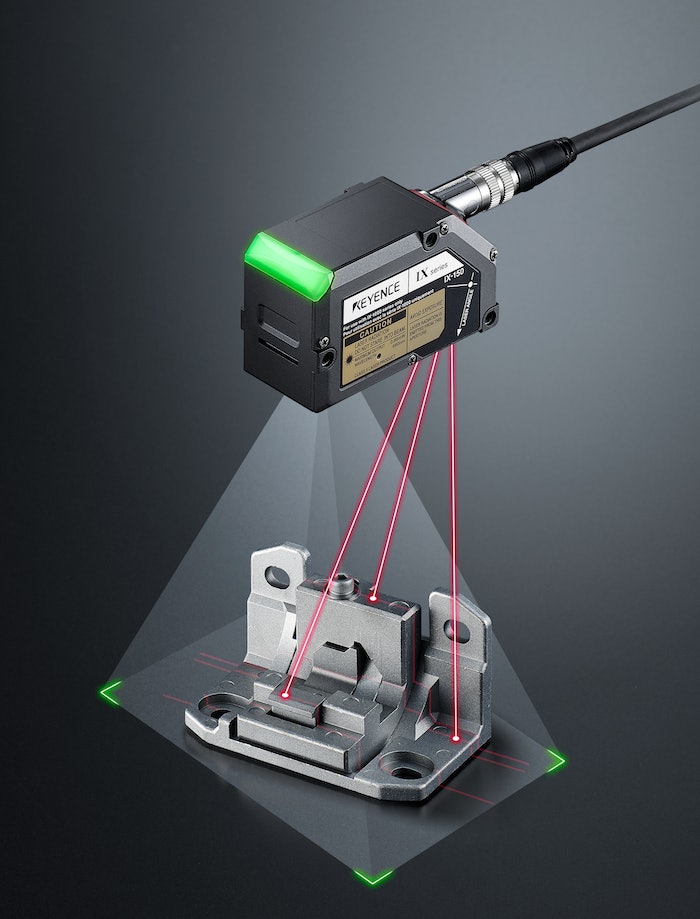 On the impact of Keyence’s IX Series, Technical Marketing Manager Phil Jarzombeck said, “The IX Series will greatly simplify pass/fail inspections of components by not only allowing for target position variation but also allowing for multiple inspections to be performed at once. Upon demonstration, potential users will quickly realize how over-engineered their current inspection processes are.”

The IX Series was designed to tackle 4 types of inspection situations: Unrepeatable target locations, reference height checks, low-contrast targets and inspections of multiple areas at once:

• By identifying the target part’s position and adjusting inspection accordingly, users are saved from creating mechanical solutions to orientate parts prior to inspection.

• Because the IX Series is laser-based, low-contrast inspections such as height of a black component on a black background are easily determined.

• The IX Series is capable of inspecting multiple locations at once, saving hardware and installation costs.