Graco Inc., manufacturer of fluid handling equipment, has been awarded the Gold Visionary Award in a ceremony held at the EastPack 2013 packaging industry trade show in Philadelphia, PA.

The award recognized Graco for its design of the InvisiPac Tank-Free Hot Melt Delivery System, which was previewed at Pack Expo 2012 and launched in February 2013. Graco Global Product Marketing Manager Nicholas Long accepted the award on behalf of the development team.

“It is especially gratifying to be recognized for this innovation,” Long said. “We developed the product in response to a set of specific customer problems within a relatively short time frame. The fact that we emerged with an award-winning, new technology for the packaging industry is a testament to the creative minds of a lot of people, including our first customer, Summit Brewing.”

While traditional hot melt systems use large tanks to heat adhesive to liquid form, the InvisiPac system is tank-free and its compact melting chamber processes pellets in small batches. Because the adhesive spends only a short amount of time at high temperatures there is significantly less char formation than in traditional tank systems. Less char eliminates the possibility of plugged nozzles and greatly reduces overall system maintenance.

“Without a tank attached to the system, InvisiPac reduces char and eliminates nozzle plugging.  Operators no longer need to go through the time-consuming process of tank scraping and cleaning. The system ultimately lowers the end user’s maintenance requirements,” said Long. “The end result is better line efficiency and less downtime, resulting in time and cost savings for the packaging customer.”

Many of the innovative designs included in the manufacture of the InvisiPac Tank-Free system are patent-pending. 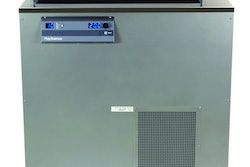 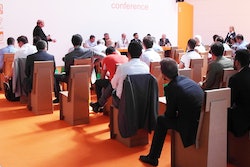