Pret A Manger pilot is one of the first to recycle a range of paper food-packaging items.

Soup and salad quick-service restaurant chain Pret A Manger, in partnership with Global Green’s Coalition for Resource Recovery, has launched a three-store, eight-week pilot in New York City to recycle its sandwich and salad boxes, soup containers, coffee cups, and bottles and cans. While recycling coffee cups and beverage containers previously has been piloted, this is the first pilot to recycle a range of paper food-packaging items.

Pret A Manger worked with Western Michigan University’s Recycling and Coating Pilot Plants to prescreen its salad and sandwich boxes, soup/oatmeal containers and lids, and coffee cups for recyclability and repulpability with respect to Old Corrugated Cardboard (OCC). The packaging was tested using the Fiber Box Association’s Wax Alternative Protocol. The protocol does not account for impacts of prohibitives and outthrows that may be collected in bags of spent material.

Working with Clean River, Pret A Manger developed a three-bin recycling system for paper packaging, metals and plastics, and trash. Materials are collected by Action Carting. For future pilots, Pret A Manger says it hopes to include more paper packaging types and compost kitchen food waste.

According to CoRR, the goal of the pilot is to recycle paper foodservice packaging into valuable, high-quality materials. The pilot will help to ensure that contamination rates can be kept to a minimum and will assist in identifying the types of recycling mills that would be the best fit for the spent packaging. Notes CoRR, if all paper plates, cups, and food packaging in the country were recycled, 5.4 million tons of waste would be diverted from landfills each year—equivalent to removing 3.7 million passenger cars from the roads annually. However, it notes, while the potential of the recycling concept being tested is significant, the climate change benefit of the pilot program is minimal due to the fact that by nature of being a pilot, it is being conducted at a limited number of stores.

CoRR’s goal is for all of the paper packaging collected in the pilot to either be recycled with mixed waste paper or OCC, which can be used to make a variety of products, including new cardboard boxes. A portion of the pilot material may also be utilized for lab testing.

Due to the scale of the pilot and the importance of a pure stream, items such as napkins, stirrers, and baguette bags will not be accepted or promoted for this test. CoRR’s goal is to collect as many materials that can pass lab recyclability tests as possible. CoRR also is evaluating launching pilot programs to recycle plastics and food waste.

If the pilot goes well, CoRR and Pret A Manger plan to expand the number of participating stores. 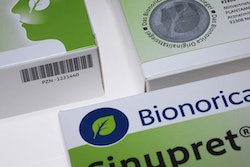 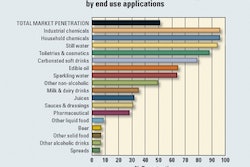 The new face of packaging 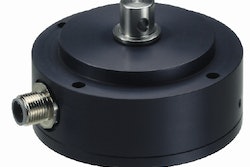