More often than not, a faxed press release concerning a packager’s financial results ends up in the circular file. Upon further review, however, frequent mentions of packaging in the Coca-Cola Co.’s 16-page, first-quarter earnings-per-share report at least merited a quick read.

Throughout the Atlanta-based beverage giant’s global reports, the message was that packaging is a vital part of the company’s success strategy. The report provided several tips and insights concerning Coca-Cola’s business practices. "Throughout the quarter, the company continued to leverage its brand strength with unique product, package, and promotional innovations to reach and connect with more consumers," said the report. Among the company’s operational highlights were these packaging-related efforts affecting the bottom line:

o In North America, "new products, such as Sprite Remix, complemented the continued introduction of new packaging such as smaller single-serve PET bottles and the 12-ounce PET FridgePack."

o In Germany, "the company had double-digit profit growth resulting from the effective management of the overall package mix, selected pricing initiatives, and diligent management of expenses. During the quarter, unit case volume increased 1% versus the prior year, which reflected strong growth in multiserve refillable packaging, which more than offset the decline in can packaging caused by the imposition of Mandatory Deposit legislation."

o In Japan, "the company continued to make significant progress on driving profitability through a focus on higher-margin packages." Also, "Key profit drivers included 190-mL cans of Georgia coffee, which grew by 8%, the full-service vending channel, which grew by 4%, as well as strong sales of high-margin single-serve packages of Marocha and Sokenbicha tea. Looking forward, the company will continue to focus on key margin-driving packages and channels, as well as aggressively launch new products that are tailored to emerging and seasonal consumer trends."

o In Europe, Eurasia, and the Middle East, "strong growth in most key markets was partially offset by pricing and packaging initiatives that led to volume declines in the Philippines and Indonesia. In Indonesia, the company modified its strategy in the water category and de-emphasized various large-format package offerings. In the Philippines, for the first time in three years, prices were recently raised on key packages."

o In Latin America, "the company continues to benefit from its consistent long-term investment strategy in the region with an emphasis on brand building, new package alternatives, and close coordination with bottling partners to drive superior local marketplace execution."

o In Brazil, "the company continues to encourage increasing the financial health of the Coca-Cola system by offering new packages, providing greater choice to consumers, and allowing the system to tailor customer options based on channel strategies to drive revenue and profit growth."

o In Argentina, "financial results for the entire Coca-Cola system benefitted from the company’s long-term strategy of investing in the country during times of economic crisis. With strong consumer marketing activities and an emphasis on refillable packaging, unit case volume grew 16 percent during the quarter." 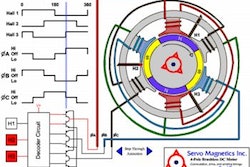 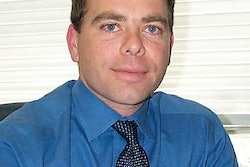 Q&A: Design from concept to fruition 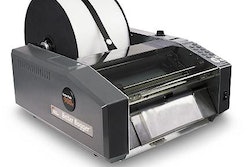