A leading maker of leaflet inserters greatly increased machine speed and doubled accuracy by embedding a stripped-down servo drive in its friction feeder.

A smart servo drive from Metronix has allowed Pfankuch, one of the world’s leading manufacturers of friction feeder systems for inserting leaflets and products into sales packaging, to increase the speed of its SmartFeeder by 50% while doubling positioning accuracy. This offers a sizeable gain in productivity, along with greater application versatility, for the pharmaceutical, food, and beverage manufacturers that use this type of packaging equipment.

At the same time, the new embedded drive minimizes the hardware costs of the upgrade for Pfankuch, because Metronix adapted it for the application, providing a stripped-down product suitable for OEM integration that eliminates numerous expensive components.

The upgrade in this Pfankuch machine was aimed at the motion control element of the packaging machine, as the basic mechanical structure of the SmartFeeder is proven and reliable.

Before the upgrade, the general-purpose friction feeder offered an insertion capability that performs real-time registration and inserts items up to a maximum speed of approximately 100 items/minute, to a position accuracy of nearly 2 mm. The motion control hardware used to achieve this was a brushed DC motor and a relatively simple drive that was designed and manufactured in-house at Pfankuch.

Pfankuch wanted to improve speed and precision as much as possible, while also changing the motor type to a brushless AC servo—to eliminate maintenance and help speed acceleration times. Crucially, the electronics upgrade had to be achieved without increasing manufacturing costs by more than a small margin, in order to keep the machine price-competitive in its market segment.

The key factor in the upgrade was finding a suitable servo drive. Most servo drives tend to be offered as complete packaged products, and for this application these were considered far too expensive. However, when Pfankuch approached Metronix about a drive from its smart DIS-2 range for decentralized applications—which offered an ideal control platform for the single axis in this feeder—Metronix was more than willing to adapt the drive for embedded use to reduce cost and simplify integration. This made the upgrade project feasible. Moreover, Metronix was also willing to provide engineering support to help Pfankuch to implement the changes to the motion control subsystem.

The optimization exercise involved stripping out all non-essential components from the DIS-2 drive. This included eliminating the casing and expensive system-level connectors. Metronix then added application-specific connection and mounting, and made some modifications to the drive’s firmware to optimise performance. Metronix’s resulting brushless AC servo drive solution increases Pfankuch’s friction feeder insertion speed from 100 to 150 items/minute, while simultaneously doubling positioning resolution to 1 mm. The embedded drive also provides Pfankuch with a modern network expansion interface to provide a platform for future enhancements of the feeder—a CANopen port. The packaging machinery OEM also has the option of adding daughter boards later, which could provide additional fieldbus interface options such as EtherCAT or Profibus.

One of the key ways in which the Metronix drive improves the speed of the friction-fed insertion cycle is through local control intelligence embedded in the DIS-2 drive, which performs the control calculations more rapidly while also employing a more sophisticated positioning algorithm that adjusts drive speed much more often to enhance registration resolution.

“Developing our own state-of-the-art drive was viewed as a complex and costly project for own engineering team, so the major barrier for us was finding a commercial drives specialist that was willing to partner with us and adapt its product for our SmartFeeder machine,” says Joerg Lastig of Pfankuch. “Metronix is one of a very small number of suppliers that was willing to help, and they provided in-depth engineering support that has helped us to bring the upgraded machine to market on time and budget—which we are confident will set a new price/performance benchmark in its market segment.”

“We managed to strip around 20% of the hardware cost from the DIS-2 module to make the drive viable for this embedded application,” adds Metronix’s Frank Essmann. “The project is a great example of what customized drives can do for OEMs—which in this case we believe increases performance by such a large margin that it will help this packaging machine supplier to increase its market share.”

The feeding speed and precision positioning performance of Pfankuch’s new SmartFeeder system has now been improved by such a large margin that it even competes with high-speed feeder systems in applications that do not require multi-axis control. This higher performance product category typically includes a powerful dedicated motion controller or PLC and tends to cost at least twice as much as standalone friction feeders. In addition to improving performance, Pfankuch has also made a number of improvements to the feeder to simplify operation and use; one of the most important is a very easy means of changing the friction belt to suit different insertion applications. 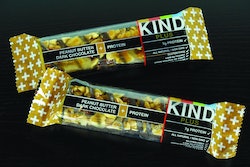 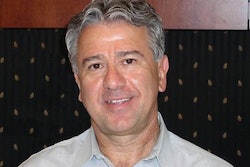 A fresh approach to packaging education 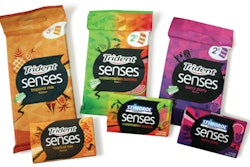