Until a little over a year ago, HP's prototype molds were manufactured by EPS toolmakers the same way that production molds are made: by relying on a foundry to create a tool via the traditional sandcasting process.

David Newcorn
The tooling consists of several layers cut from standard aluminum sheet (left). Layers are bolted together to form the final too

Moving from beginning CAD drawing to final sandcasted prototype tool took six to 10 weeks. Mold revisions added still more weeks to the process. Since the sandcasting process couldn't be significantly accelerated, a radical new approach was required. HP's model shop technicians turned to their CNC machine tools. Cutting the mold out of a solid block of aluminum would require cutting through too much metal to be practical. Plus there wasn't a way to properly vent such a mold. The technicians finally hit upon a solution, relates HP's packaging logistics engineer Kevin Howard: "We thought, why don't we split apart the whole thing, produce it in layers and stack it, tying it all together with bolts?" Thus the stacked metal tooling concept was born. HP starts with the CAD solid body model and breaks it up electronically into several horizontal layers. Technicians create milling programming instructions from the CAD model for each layer, which is then cut out of standard aluminum sheet. The number of layers and thickness of the sheet varies for each tool, but the one shown in the photos is typical, which is seven layers of 1/2" thick aluminum. While the layers are being cut, the foam molder can produce a tool plate and loaded back plate, both of which can be interchangeable with future prototype tools. Once cut and polished, the layers are bolted together with washers between each layer to provide venting. Though all of the layers could be milled at HP, the company has the option to spread the actual milling to several outside vendors simultaneously to speed production of the mold. In fact, the pieces don't even need to be cut by a CNC machine, claims Howard; any standard metal shop should be capable of doing the work from a paper drawing. There are several benefits to the stacked metal approach. In addition to the rapid turnaround of the initial tool, it speeds revisions. "I can take off one or two layers of metal, throw those away, add in two new layers of metal and I'm ready to go again," he says. Usually there's only one or two such revisions at this stage, representing the final fine-tuning of the design. Typical turnaround time on revisions: two days. Another benefit is that the gaps between layers actually produce better venting than the screens used on traditional molds, since they don't clog. The end result is a rapidly manufactured mold that can turn out parts with test performance nearly identical to actual production parts. 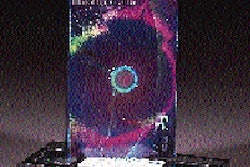 Registration is Paramount to video success 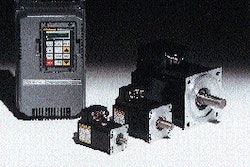 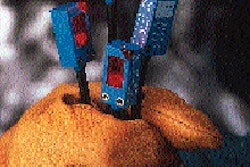