King Nut Companies is a leading maker of snacks packed in single-serve bags handed out to airline passengers around the world. The Solon, OH-based firm has used X-ray technology for metal detection for about the past eight years. But when the number of false positives they were experiencing began to grow unacceptably high and certain ease-of-operation issues started surfacing, management decided that the X-ray equipment originally installed had served its useful life and it was time to invest in new technology. The new gear arrived last April in the form of two EZx™ metal detection systems from Thermo Fisher Scientific (www.thermofisher.com).

“We brought in several suppliers of such equipment to see exactly what was out there in the marketplace,” says James Dedario, vice president of manufacturing at the Solon, OH-based firm. “We’ve been very happy with our selection.”

Each Thermo Fisher metal detector is mounted just downstream from its own multipacking system. King Nut chooses not to identify or describe the multipackers. One is fed by 16 vertical form/fill/seal machines and the other by 12.

“It’s really measuring density,” says Smith. “It can detect pieces of glass or rocks or hard plastic just as readily as metal.”

Now that the new inspection systems have been running for nearly six months, Dedario says it’s probably the ease-of-operations benefits that appeal to him the most. Smith agrees.

“With the older machinery we had to do something called ‘normalizing’ about every hour,” she explains. “It’s basically just a matter of turning the system off and then back on so that it can re-boot itself and read accurately again. But when you’re running around the clock five or six days a week, that adds up to a lot of time and trouble.”

With the installation of the new X-ray detection systems, it’s a thing of the past. 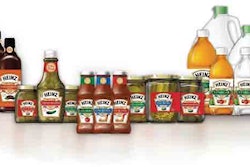 Tried and true is alive and kickin' 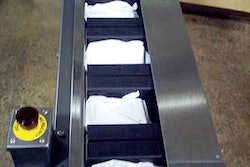