Void-fill packaging system is the picture of success

Fetco is a major supplier to a number of national department and specialty stores in addition to smaller, localized retailers. During the peak-season months of September, October, and November, Fetco estimates that it packs and ships nearly 2,000 boxes a day nationwide, which is why its business demands a highly effective and dependable packaging solution for its products during shipment.

The unique variety of Fetco products requires employees to pack boxes in a “pick-and-pack” manor, which involves adding a number of different size and style frames to one box before shipping to the retailer. The lack of uniformity in product size and shape resulted in a need for a flexible, dependable, fast, and cost-effective void-fill packaging solution. So a few years ago Fetco chose Sealed Air’s (www.sealedair.com) Fill-Air® 2000 packaging system, which addressed all of these needs and fell in line with Fetco’s efforts toward environmental responsibility.

Old system had to go

Many of Fetco’s customers require their suppliers to use air cushions as void-fill because they offer a clean alternative to loose-fill material. Suppliers that do not meet these and other packaging guidelines are subject to a charge-back from the retailer. For this reason, Fetco needed to find a dependable and cost-effective system for creating air cushions.

Prior to choosing the Fill-Air 2000 packaging system, Fetco was packing with air cushions from a competing brand when the company ran into a critical issue. “We could not depend on the pillows we were using to stay inflated,” says Adrienne LeVasseur, vice president of domestic operations for Fetco. In addition, some of the boxes require small air cushions to fit in narrow cross sections of the package. “They also did not offer a cushion size for our needs, so we were wasting money and materials by using cushions that were too big in many instances,” she adds.

A lack of speed also became a recurring problem with the former system, as employees experienced downtime while waiting for pillows to inflate. “The system was not able to create cushions quickly enough to keep up with our line,” says LeVasseur.

The CAD drawing gave Fetco enough vision to go ahead with a testing process for the Sealed Air system. “It was very important that whatever solution we brought in did not require us to move the conveyor lines,” says LeVasseur. “The visual made it much easier to understand the proposed changes, and it gave us a confident feeling about bringing in the machine to do the testing.”

As Sealed Air’s CAD drawing had predicted, there were no major changes to the packaging line when the Fill-Air system was introduced. Employees pick-and-pack items into boxes, which are then subjected to quality checks and sent to the void-fill area. There operators determine how much void fill is necessary for each individual box. The boxes then go through a tape machine before being sent to the shipping dock.

Fetco employees found it easier to work with the new, smaller cushions, and the more efficient use of materials resulted in a cost-savings of 41%. “The smaller cushion size was a key benefit of the Fill-Air 2000 system,” says LeVasseur. “The smaller size not only allowed workers to package our products in a more effective manor, but it also saved us time and money.”

The speed of the new system, in combination with the redesigned drop system, resulted in less downtime on the line and allowed the company to get boxes to the shipping dock faster.

Fetco continues to maintain a strong relationship with Sealed Air based on frequent communication and collaboration. “We know that Sealed Air is there for us no matter what the issue,” explains LeVasseur. 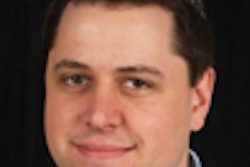 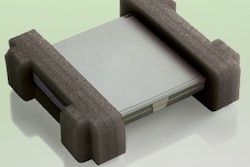