The package represents the first demonstration scale production of a PET bottle made entirely from plant-based material.

According to The Coca-Cola Company, PlantBottle packaging is the company’s vision to develop a more responsible plant-based alternative to packaging traditionally made from fossil fuels and other non-renewable materials. PlantBottle packaging uses patented technology that converts natural sugars found in plants into the ingredients for making PET plastic bottles. The packaging looks, functions, and recycles like traditional PET but has a lighter footprint on the planet and its resources.

Said Nancy Quan, Global Research and Development Officer, The Coca-Cola Company, at the unveiling of the bottle in early June, “Today is a pioneering milestone within our company’s packaging portfolio. Our vision was to maximize game-changing technology, using responsibly sourced plant-based materials to create the globe’s first fully recyclable PET plastic bottle made entirely from renewable materials. We are delighted to unveil the first bottles here at World Expo—a world-class exhibition where sustainable innovation is celebrated.”

The World Expo exhibit was the result of the world’s first demonstration scale production of a PET plastic bottle made entirely from plant-based materials, manufactured at Virent’s Madison, WI, demonstration plant. Polyester producer Far Eastern New Century Corp. (FENC) worked with Virent and The Coca-Cola Company to convert the BioFormPX to bio-PET resin.

Virent and The Coca-Cola Company have been working together since 2011, when the companies first announced an agreement focused on the development of Virent’s bio-based PX technology. In 2014, The Coca-Cola Company made an additional investment to support an expansion of Virent’s demonstration plant capability in order to help scale-up the separation and purification steps of the production process and produce larger quantities of BioFormPX.

“The Coca-Cola Company continues its innovative leadership commitment to sustainability and is a valued partner for Virent. Their support of our plans for the BioFormPX material in the next generation of PlantBottle packaging is critical in attracting manufacturing investment from the PET supply chain,” says Lee Edwards, Virent CEO.

In the course of its development work over the last few years, Virent says it has progressed its PX technology to commercial readiness and has improved the process economics. Virent has run its demonstration system to fulfill customer fuel and chemical orders since it started operation in 2010. Virent currently has the capability to produce large quantities of BioFormPX paraxylene and other bio-based aromatic chemicals (benzene, toluene, and mixed xylenes) for applications such as packaging, textiles, and construction.

PlantBottle packaging maintains the high quality package consumers expect but with the added benefit of being made from renewable materials. It can be used for a variety of packaging sizes and across water, sparkling, juice and tea beverage brands. Today, the company uses sugarcane and waste from the sugarcane manufacturing process to create PlantBottle packaging. Both materials meet The Coca-Cola Company’s established sustainability criteria used to identify plant-based ingredients for PlantBottle material. These guiding principles include demonstrating improved environmental and social performance as well as avoiding negative impacts on food security.

Since the 2009 launch, The Coca-Cola Company has distributed more than 35 billion bottles in nearly 40 countries using its current version of PlantBottle packaging which is made from up to 30% plant-based materials. It is estimated the use of PlantBottle packaging since launch has helped save the equivalent annual emissions of more than 315,000 metric tons of carbon dioxide.

The Coca-Cola Company plans to continue investment in its award-winning PlantBottle packaging. 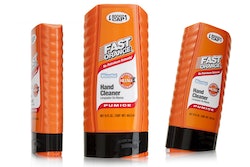 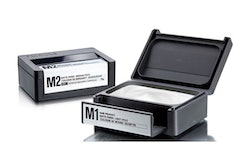 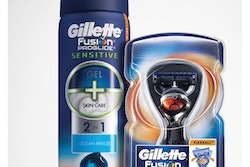