Procter & Gamble is test marketing Smart Stacks, a 0.81-oz portion pack of its Pringles-brand potato crisps, in a thermoformed polypropylene cup whose bottom is shaped like the curvy snack.

Printpack’s Rampart Packaging Div. (Williamsburg, VA) and Winpak Portion Packaging (Langhorne, PA) thermoform the cups, which are bright red for Pringles’ original flavor and green for a sour cream and onion variety. Cups provide barrier from oxygen ingress, helping to extend shelf life, which is conservatively estimated to be at least eight months. Lidstock is supplied by Spiralkote (Orlando, FL), a div. of Fleming Packaging. The lamination includes .0015 aluminum foil and an ethylene vinyl acetate blend as a sealant layer. The material is printed flexographically in seven colors with a varnish overcoat to protect the inks.

Margaret Swallow, a media relations representative for Cincinnati-based P&G, tells Packaging World that the crisps were being test-marketed in Minneapolis for an undisclosed period that began in mid-September. Swallow says preliminary trade customer reaction is “encouraging,” but she points out that it’s premature to make any final determinations until test market results can be evaluated. The cups are sold in eight- and 24-count multipacks. (JB) 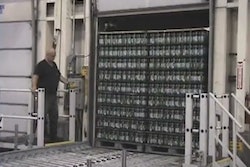 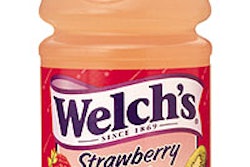 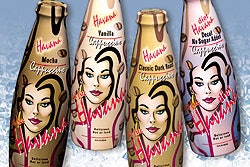