The prime fishing season corresponds to the period when the Bering Sea is at its worst—winter. It’s not uncommon for the ship and everything aboard to experience swells upwards of 20 to 30 ft.

“That’s a scary thought considering the unbelievable amount of sensors and electronics on the packaging equipment,” says Golden Alaska VP of operations Larry Levien. “When you’re at sea, you can’t call a mechanic, you’ve got to be able to take care of your problems.”

As a precaution, the ship carries plenty of spare parts to be as self-sufficient as is practical. Plus there’s a full-time electrician aboard the ship and Pearson can be reached via satellite uplink.

Another custom aspect to the onboard install was to position vibration dampeners between the machinery and the deck. The dampeners are welded to the floor. Small hooks on the equipment doors can also be engaged in rough weather.

“It’s the bow that’s going to take the most shock, especially because the equipment is located high in the bow, rather than if it were lower down or in the middle of the ship,” Levien points out.

Levien reports that they have not seen the kinds of problems they were braced for. “I haven’t heard where the ship’s movement has caused any problems,” he says. “So far, it’s been pretty good.”

The week before our March interview, seas had been about as bad as they can get, churned by 100-mph winds, Levien noted. What happens then? “It stops you, you can’t fish,” he says. “You just have to ride it out. You can get bounced around pretty good out there.”

These are the kinds of demanding conditions that require a sturdy ship, a hardy crew, and secure, durable equipment. 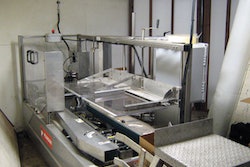 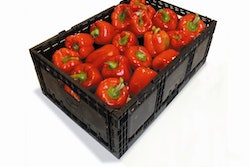