A New Class of Machines Will Be Born Robotic

In the future every machine will be an intelligent and “understanding” robot if it’s using the code-free Robust.AI cognitive engine. 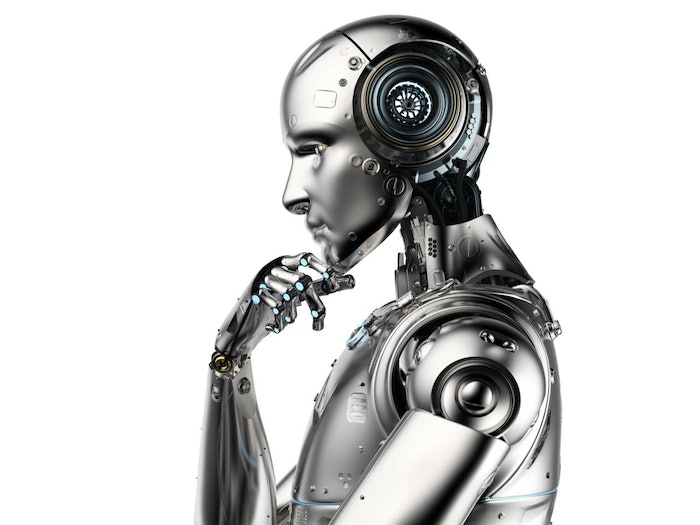 The industry has been talking about “smart manufacturing” for the last several years as the Industrial Internet of Things (IIoT), digitalization, machine learning, artificial intelligence (AI), and more have moved onto the plant floor. So what does the factory of the future look like?

“Every machine in the future will be intelligent,” said Rodney Brooks, co-founder and chief technology officer of Robust.AI, during his keynote presentation at the Automate Forward 2021 virtual trade show and conference. “All machines will be robots and will have artificial intelligence on them. It’s a long way from where we are today, but over the next few decades we’ll see old machines become robots and new machines start as robots. A new class of machines will be born robotic.”

According to Brooks, a roboticist who launched iRobot and Rethink Robotics prior to co-founding the Calif.-based start-up Robust.AI with four others—including cognitive scientist Gary Marcus—there is much room for improvement when it comes to combining AI and robots. There are many places where there are no machines but a need for more labor due to lifestyle changes. Now is the time for OEMs and technology companies to step up and contribute to the making of a new class of machine. “There’s plenty of room to do great things as most of the important stuff hasn’t been done yet.”

The one obstacle to overcome here, however, is the complexity of robot software and the limitations of today’s AI. For example, today’s robots respond to rules, doing only what it is programmed to do. But tomorrow’s robots will need common sense to, for example, understand a hand gesture and intent. If a robot is used as an aide for elder care it must understand when someone needs help walking, or if the person is holding a book, the robot should automatically deduce that the individual will need their reading glasses.

“To make this work, common sense needs to be natural. We can’t explain everything to the robot,” Brooks said. In addition, robots need to show deference to its human counterparts so that there is mutual understanding of when it is appropriate to be assertive enough to do the task. “Robots need to be predictable to humans.”

A new platform is needed

To create the software to do all of this, however, would take a company years of engineering and testing and pilot projects only to find out it isn’t what is needed or cannot scale. It’s high risk.

But Robust.AI looks to solve that problem with its code-less platform for robot software and its cognitive engine that can be used in different verticals, including the many segments of manufacturing.

The goal is to compress the time it takes to build the app by incorporating testing in week one, which is similar to the way video games work by testing what works at the beginning. So even before the robot moves there is a lot of testing. How? “We use AI powered by common sense,” said Brooks. “It puts common sense semantics into the perception and reasoning and semantics give us the AI we need to do this.”

Brooks explained that a machine builder could use the platform with different user interfaces to extract knowledge from people who would tell the platform what they want the machine to be like and to do. It reasons, adds in its own understanding of the world, and out comes a bunch of zeros and ones to go on the machine in real time. It could also add analytics, reporting, integration with MES, ERP, WMS (warehouse management system), etc., which all happens automatically, giving the machine the intelligence to do the appropriate things in its environment.

“This is where we want to get to, but for now we will need a little more help from experts, from the equipment manufacturers about kinematics. And Robust.AI services for now are not completely automatic, but as with game development, what started as completely manual and then semi-automatic, will become completely automatic,” Brooks said.

Today, the company can already build semantically aware common sense systems for a range of practical environments, including a mobile robot that can do UV disinfecting on selected objects in a human occupied environment. It is aware of changes in human behavior so that it does not cause danger. Or, a mobile robot navigating an ever-changing retail space and predicting what humans might do next, like walk across an aisle, and changing its own behavior so as not to collide.

Ultimately, by using this cognitive engine, robots will understand how to plan and optimize in order to do things while interacting with people. In fact, robots will even be able to communicate with each other, perhaps through the MES. But Brooks stops short of the notion that robots could autonomously build other robots. “That’s the standard fantasy of science fiction. We don’t have systems that autonomously manufacture anything. We can’t do that, it’s not how it works, there are so many people involved in the supply chain and will be for a long time…That won’t happen for a long time.”