From tactical packing operations to data transfer for better decision-making, Omron shows how its technologies can be used for a variety of CPG processing and packaging applications.

By mounting its FH3D 3D bin picking technology to its LD-250 mobile robot, Omron is demonstrating an advanced product pick-and-place system that incorporates a collaborative mobile and fixed robot.

In the demo, Omron uses the LD-250 MoMa (mobile manipulator) robot to retrieve parts and deliver them to the primary packaging workstation at the beginning of the processing line. From there, the robot puts parts into designated trays so they can be moved to the inspection station. As trays are inspected by vision system, the robot will transport them to the palletizer. Once all the items are on the pallet, the entire process will start over. 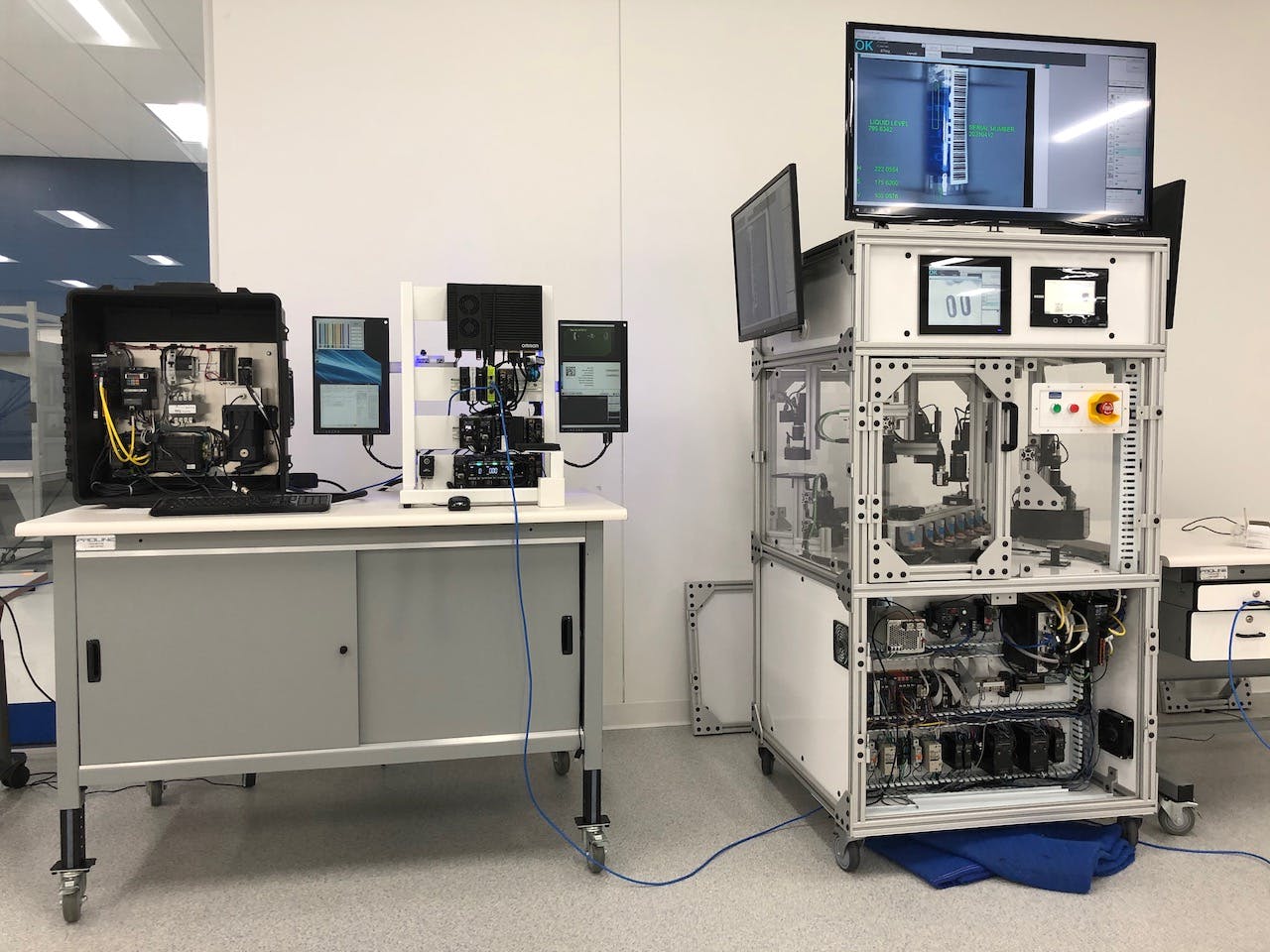 Omron explained that its NX102 automation controller is used to process incoming data from other devices connected to it. It then sends the data to the MQTT broker on the IPC. This IPC is used by Omron as part of its closed loop data system, rather than connecting the system to the internet to mitigate security concerns.

Agr International’s Gawis AF robotic handling system, in conjunction with the Gawis 4D measurement system, provides a solution for meeting both the need for comprehensive testing/measurement of bottles as well as a means to address throughput demands.
AGR International, Inc.
Sep 28th, 2021
Robotics