Crouton pouch stands up to the competition

The product line represents Grand Rapids, MI-based Roskam's first use of a stand-up pouch. The pouch replaces an SBS folding carton with plastic inner liner that had been used since the croutons were introduced in the late '80s. The pouch provides many benefits, including: (1) consumer convenience; (2) vibrant graphics; (3) differentiation from competitors; (4) labor and material savings; and (5) the capability for other products.

The first two machines purchased are referred to as "more standard horizontal baggers," according to packaging materials engineer Bill Murphy. "We trained operators on these machines, which continue to provide flexibility primarily for retail products." Roskam's two most recent RPM 100s are more advanced.

The former package weights were the same, but the selection was limited to three crouton varieties and one stuffing mix. Gregory Hooks, Roskam's chief operating officer, says, "the additional SKUs brought to market at the same time the pouch was introduced is coincidental, but the stand-up pouch provided much greater impact."

The zipper is heat-sealed to pouch material supplied by James River (Milford, OH). From the inside out, the approximately 4.2-mil pouch material comprises 1.9 mils LDPE/10.5# LDPE laminate/48-ga metallized polyester/9# white opaque LDPE/inks/48-ga polyester. The polyester is reverse-printed by gravure in seven to nine colors, depending on the variety.

"We believe the print quality is outstanding and really gives us a positive shelf impact," says Hooks. The former carton was printed offset in six colors.

Murphy says the current structure's metallized polyester provides better flavor and moisture barrier characteristics than the prior materials. "We have a dry product and we're trying to keep moisture out. This structure does that. This better maintains crouton flavor." Both structures were/are designed to provide a one-year shelf life.

Each zippered pouch weighs 13.2 g, 67% less than the 40.3-g combined weight of the former carton and liner. Less weight in the landfill is an environmental advantage. Econ-omically, Hooks estimates that a single pouch costs about 1/2-cent less than the carton/liner combination.

Prior to adding the RPM 100s, Roskam relied exclusively on vertical f/f/s equipment. "The horizontal equipment opens the stand-up bag market to us and gives us an important dimension and point of product differentiation with our dry goods products, both for foodservice and retail markets," says Hooks.

"The machinery also helps us meet our main goal of providing consumers with the highest quality product in the highest quality package, through manufacturing and distribution efficiencies," he adds. "We don't provide our products with much marketing and advertising support, so there's no overhead costs for that. We also have some significant scale economies in processing croutons because of our substantial foodservice volume. Those advantages help us hold the line on costs." He says the suggested retail price for the Rothbury Farms retail crouton line is 99 cents/pouch.

Packaging the new retail pouch begins as the 22"-wide, 24" outside diameter roll is hoisted into position on the RPM 100's web unwind stand by an air-actuated device. That enhances operator safety in handling the approximately 250-lb rolls.

Sealing temperatures, web tension, line speed and other key functions throughout the form/fill/seal process can be adjusted by operators from an easily accessible touch screen control panel mounted to the machine near its discharge end.

A power web unwind drives the film through a series of dancer rollers. The film is delivered on a horizontal plane past a die-cutting device that punches two small, spherical holes at the center of the material. After the bottom gusset is formed, these two holes are sealed against opposing sides of the interior web material, forming a football-shaped bottom that is the distinguishing characteristic of the Delta Pac.

The film passes over a triangular plow that folds it in half. At the bottom of the plow, a mechanism ascends, pushing the material up between the front and back panels, forming the gusset. Immediately after the gusset is formed, the zipper is fed from an unwind stand mounted above the RPM 100, with male and female halves already mated. The zipper stock proceeds through a series of dancer rollers that help maintain proper tension as it is delivered horizontally to the top, open end of the film. As the zipper is positioned for sealing to the pouch's front and back panels, it contacts a small metal plow that opens the zipper stock to accommodate downstream filling.

A welding station then heat seals the zipper (at 370°F) to the inside of both the front and back film panels. While sealed to the inside pouch panels, the zipper itself remains open. The leading and trailing ends of the pouch bottom, including the hole-punched areas, are heat sealed at temperatures ranging between 350° and 385°F. Sealing is done at the outside angles of the gusset to create the football-shaped footprint.

At the next station, two sealing arms create side seals by heating the film at temperatures between 400° and 440°F. The film proceeds to an ultrasonic sealing station that uses sound waves to liquefy zipper material at the leading and trailing pouch sides. The material in these two small areas is then compressed by an air-actuated device. Immediately afterwards, liquid refrigerant is pumped through a hose to these areas.

"By cooling the side seals before they're cut into individual pouches, you reduce the chance of delamination or opening of the seam," says Murphy. "In a high-speed operation like this, where there's an LDPE tie layer, there can be stringing of that tie layer if it's too soft when the knife cuts it. We cool the area to prevent these potential difficulties."

Subsequently, a Norwood Marking Systems (Downers Grove, IL) 812 hot-stamp coder applies a pull date to the back of the pouch. Next, a knife cuts an approximately 1/8" notch at a point above the zipper, in the side seal area. This notch is used by consumers to open the pouch. Another knife cuts the film vertically between side seals into individual pouches.

A pouch transfer mechanism delivers the pouch to the RPM 100 rotary filling turret. At the first turret station, vacuum cups and overhead air jets open the pouch. The opened pouch is filled at two stations, the first providing approximately half the croutons, the second topping the fill accurately. Ishida 216 scales, from Heat And Control (South San Francisco, CA) deliver croutons from a mezannine level to the fill stations.

Croutons settle in the pouch, then two sealing bars pivot together to close the top of the pouch and heat seal it at 300°F. Again, the zipper remains open beneath the top seal. An arm with vacuum cups picks off the filled and sealed pouch, placing it on a discharge conveyor.

Pouches then pass over an Icore checkweigher from Ramsey Technology (Minneapolis, MN). Pouches must be within ±2 to 3 g of the 6-oz target weight. Pouches index to manual case packing stations where 12 pouches are placed into RSCs, supplied primarily by Weyerhaueser. Roskam plans to automate case packing later this year.

Many of these nonpartitioned cases are clay-coated, with a tear strip that allows retailers to display them on the sales floor in the shipping cases. Operators manually load cases onto wooden pallets that are either hand-wrapped or automatically stretch-wrapped on a Lantech (Louisville, KY) Q-Series wrapper, usually in low-density polyethylene film.

"Reaction to the crouton pouch has been outstanding," says Hooks. "It's really the perfect package for the croutons. From a consumer standpoint, it's easy to pour. And it maintains freshness longer because of its reclosability. Our sales, year-to-date, are up about 30% compared to the carton and liner we used previously. It might be a stretch to attribute all of that to the pouch, since we've introduced many more SKUs, but the pouch certainly has had a lot to do with it."

Hooks tells PW that by September, Roskam Baking plans to be running the first Klockner Bartelt RPM XL hf/f/s machine. "We're very excited about being the first company to use the machine," says Hooks. "It will make a substantially larger pouch than that of our Rothbury Farms crouton pouch. It will also run faster, at about 90 pouches per minute. We've had a number of inquiries from many of the nationally known manufacturers we contract package for, for a variety of dry food products, including cereals and snacks. To predict what these companies will market would be presumptuous. But we'll be ready when they are." 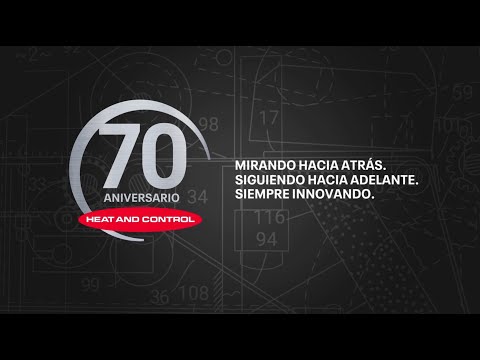 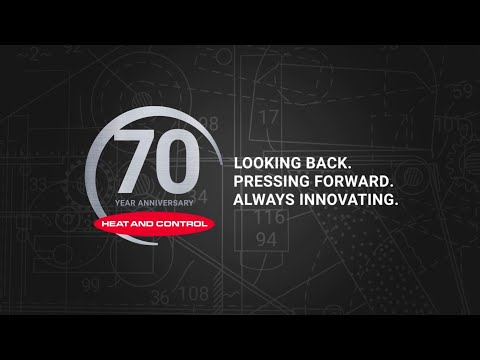 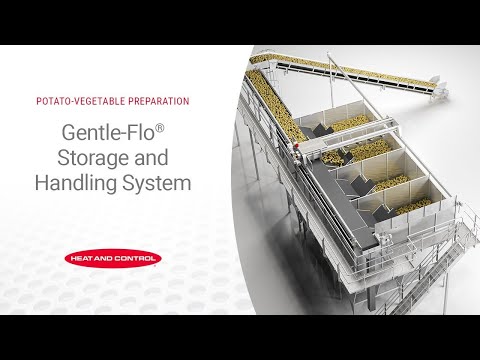 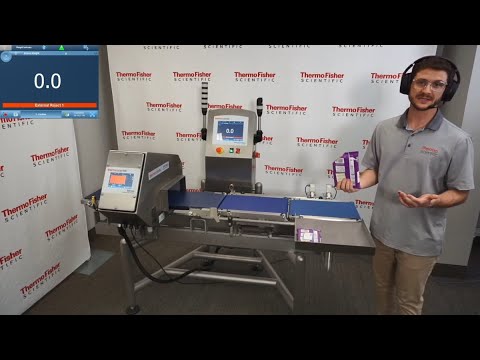 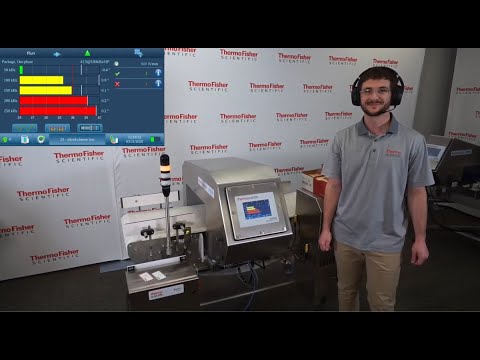 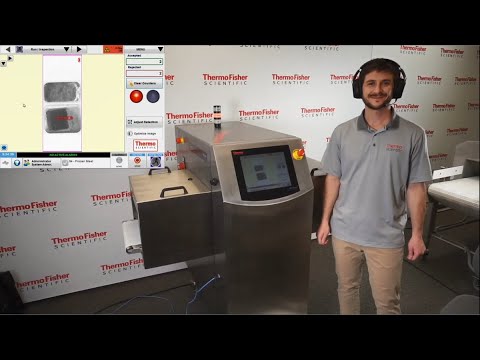 Jan 27th, 2021
Videos from Diagraph, An ITW CompanyView all videos 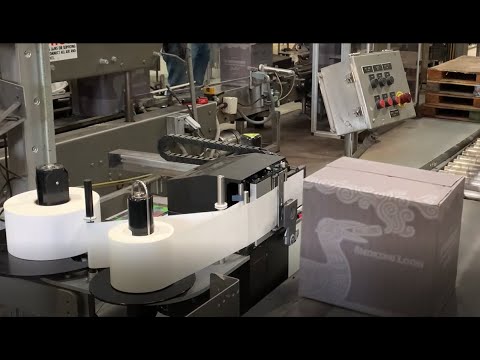 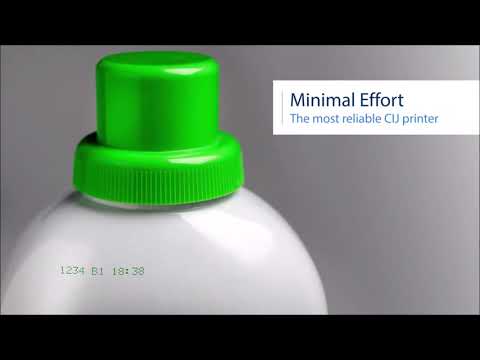