A new paper from ARC Advisory Group explores the potential of creating a universal industrial network through the combination of OPC UA and time-sensitive networking. 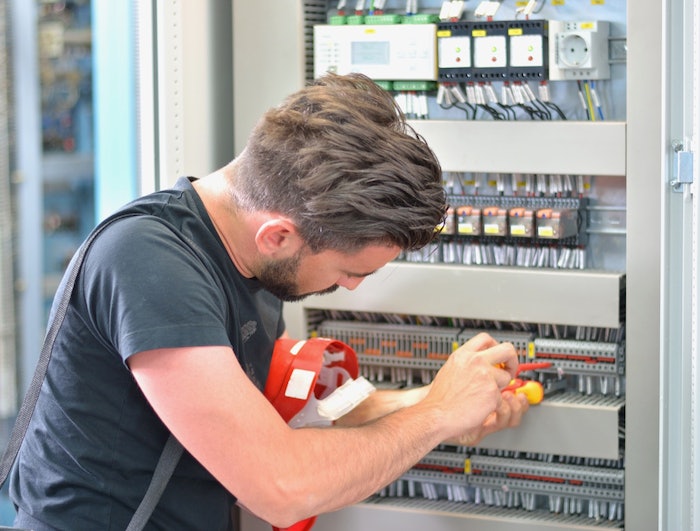 In a February 2019 article for the ARC Advisory Group, David Humphrey, director of research for ARC’s Europe office in Munich, hinted at what many end users and machine builders have long considered the holy grail: a standardized or universal industrial network. The Humphrey article, titled How OPC UA and TSN Are Driving the Creation of a Universal Industrial Network, explores the potential of creating a universal industrial network through the combination of OPC UA and time-sensitive networking.

“In a significant move, the OPC Foundation announced in late 2018 that it will now actively promote its Publish/Subscribe model for communication with devices at the field level,” Humphrey writes in the article. “In addition, time-sensitive networking (TSN), a mechanism for time synchronization and determinism, is quickly gaining acceptance among industry players. The combination of these two technologies is paving the way for the emergence of a single, universal solution for Ethernet in industrial applications that may one day replace today’s industrial Ethernet solutions.”

Indeed, last fall, some of the biggest industrial network news of the year was announced at the SPS/IPC/Drives show in Nuremberg, Germany. One of the key developments at the event was OPC UA's initiative to includetime-sensitive networking (TSN) down to the field level [as highlighted in an Automation World article by Dave Greenfield summarizing those announcements. Greenfield also summarized forPackaging World how those events will affect builders and users of packaging machinery in the article linked here]. The TSN standard is just getting wrapped up and products that support it are just now beginning to be released. But it will have a big impact on all motion control applications – for packaging that’ll relate to high-speed packaging operations and robotic applications (e.g., pick and place) in that these could all be networked with standard Ethernet using TSN.

Perhaps most notable at the conference last fall was the OPC Foundation’s plan for using the Publish/Subscribe (PubSub) method of communication—rather than the client/server method—for controller-to-controller and field-level communications as part of this initiative.

Humphrey notes that the OPC Foundation initially refrained from actively promoting PubSub to the field level. "In response, a group of about 15 automation suppliers, led by the companies B&R and TTTech, formed an initiative in 2016 called the Shaper Group," he writes. "The Shapers lobbied actively for the rapid development of ‘an open, unified, standards-based IIoT communication solution between sensors, actuators, controllersand cloud addressing all requirements of industrial automation,’ with OPC UA and TSN as the basis. In 2018, Rockwell Automation joined the group, bringing with it the weight of its market might in North America.”

Humphrey contends that the OPC Foundation’s commitment to and promotion of OPC UA over TSN using PubSub as an alternative to classic master-slave I/O communications protocols “removed any doubts about the future of a universal Ethernet-based industrial network.”

With this development, however, the "onus is now on automation suppliers to implement OPC UA over TSN in field devices, promote its advantages, and provide a clear migration path for users,” Humphrey says.

Of course, even with this groundwork in place, nothing about industrial networks will change overnight. Humphrey notes that "the inertia of the installed base of industrial Ethernet devices is high, so transition to a new universal industrial network will be a slow process. Realistically, it will likely take many years, maybe even a generation, before the current variety of Ethernet-based industrial networks fades away.”

In the interim, much work remains to be done—and specific tasks will fall to automation suppliers, machine builders, and process equipment suppliers.

For automation suppliers, Humphrey recommends that they begin educating their customers on the need for and the advantages of a universal industrial network. Though this may seem to be a tall order, it’s worth noting that more than 20 major technology suppliers currently count themselves among the committed contributorsto the "OPC UA including TSN down to the field level” initiative. (For a list, see the “2019: The Year of the Industrial Network Protocol” article)

Humphrey recommends that packaging machine builders among others join OPC Foundation working groups to create companion specifications rather than leaving this up to automation suppliers.He notes that several companies, including manufacturers of robots, machine tools,and injection molding machines have already taken this step in order to have a voice in the process.