What do langoustine shells, nut shells, banana peels, and plastic waste have in common? They are all being trialed for use in packaging as an alternative to plastic. 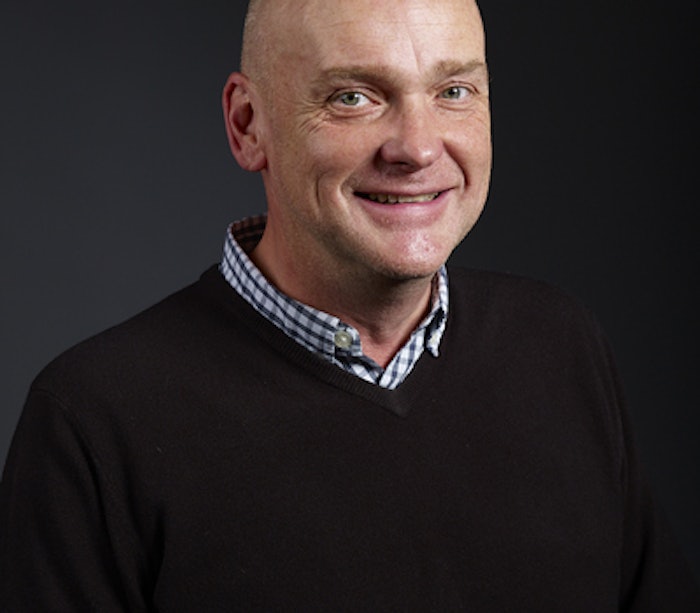 Plastics overuse is currently the packaging industry’s most urgent dilemma and one that many in the Fast Moving Consumer Goods world are still reluctant to tackle. Why? Well, some producers and retailers see the elimination of plastics as an eventual goal—a problem to be solved in the decades to come. However, a growing number of consumers feel that the scale of plastics use has already reached a crisis point, with plastics becoming ubiquitous within our natural environments, plaguing on our waterways and oceans, and taking a devastating toll on marine mammals and fish alike.

In response to mounting public pressure, the U.K. government has made a commitment to eliminating plastic waste entirely—but not until its target year of 2042. Considering that 8 million metric tonnes of plastic enter the ocean each year, for some, that 23-year timeline is just not quick enough.

Leading the way on environmentally responsible packaging makes good business sense, too, since buyers are voting with their wallets. Not only are those in the millennial generation increasingly swayed in their purchasing by responsible packaging, a recent study indicates that eight out of 10 over 50s in the U.K. believe more should be done to introduce more environmentally friendly packaging materials, and 92% expressed a preference for cartons over plastic.

To get on the right side of buyers of all ages, producers and retailers need to be one step ahead of the government, by investing in R&D and working with the packaging industry to develop alternative packaging materials.

The fine print here, however, is that there may not be one product that’s a panacea for all companies. Plastic has become widespread because it is an ideal material for packaging in many ways. It is lightweight, so it requires less fuel to transport; years ago, many swapped glass bottles for plastic for this reason. Plastic is also incredibly flexible and can be molded into practically any kind of vessel to safely and effectively contain almost any kind of product, plus it is more resilient than materials like glass or cardboard. Also, when plastics are run on equipment such as a printer, they can be run at extremely high speeds and at high volume.

Many options being developed

Human ingenuity will prevail, but as I said above, there needn’t be one material to take over from plastics. In fact, a number of companies are trialing and implementing alternative packaging materials with serious environmental credentials. The inspiring initiatives of these companies will not be overlooked, as they will be credited with leading the way on material science and, as a result, will achieve more of the market share, getting a worthy return on investment in the bargain.

Langoustine shells: Up in Scotland, blue biotechnology company CuanTec has been quietly developing flexible antimicrobial and compostable bioplastic film, which is made from chitosan. Chitosan is derived from a naturally occurring biopolymer extracted from marine and aquaculture waste, including langoustine shells, that is then combined with other biopolymers and natural substances to form a biopolymer that is effective as a packaging material but is not harmful to sea life.

Through an energy-efficient, environmentally friendly process, a clear film is produced, which is free of any yellow tinge and possesses its own antimicrobial qualities, helping to protect against pathogens and food spoilage organisms, including E.coli, Salmonella, Vibrio, and Listeria as well as lactic acid bacteria, yeasts, and molds.

The company has recently received an influx of R&D investment from Sky Ocean Ventures, and a number of recent awards are helping to raise the biopolymer’s profile in the U.K. and abroad.

Nut shells: Since as early as 2010, European companies such as chocolatier Ferrero have been helping subsidize R&D projects around paper alternatives made from nuts. While research on polymers derived from nut byproducts, including shells from hazelnuts, pistachios, and cashew nuts, is ongoing, there has been quite a bit of enthusiasm over the potential of nuts to help solve our waste problem. The intent is to use the nut byproduct polymer to fill the mid-layer of the paper, which is usually filled by secondary fibers and wood pulp. If R&D teams can develop the desired material to work on a large scale and manufacture enough nut-based packaging to wrap nut-containing chocolates, then it would constitute a packaging triumph. The project, in any case, highlights how companies are exploring the development of their own waste products in a way that is in line with the ideas of a circular economy, where products are reused and recycled, and resources are used in a responsible manner.

Banana peels: Another waste material with potential are banana peels. And far from being a slippery material to harness, real progress is being made in developing them as a bioplastic. Widely lauded as a solution to conventional plastics overuse, bioplastics are natural biopolymers synthesized and catabolized by various organisms. In this case, the bioplastic is arrived at through a simple process that combines the core substance with glycerol (also called glycerin), which is a simple polyol (sugar alcohol) compound. It is a colorless, odorless, viscous liquid that is sweet-tasting and non-toxic. This material, like other bioplastics, are being rigorously tested and developed for wide-scale use and is being watched with great interest by corporations and governments alike.

Ocean plastic: With over 5 trillion pieces of plastic floating around in the world’s oceans, the solution may at first seem to be right under our noses. But there’s a huge snag: Sourcing ocean plastics is still relatively new, and it involves a complex supply chain, which begins with organizing the trawler boats to transport the plastic to facilities where it can be treated and reprocessed. The whole process makes using ocean plastics around five-times more expensive than virgin plastic. But there are companies taking the leap and, as with most endeavors, the more organizations that get on board, the more streamlined the process will become.

One enterprise that has committed itself to using 100% ocean plastics is haircare company Kevin Murphy. While the company admits it has had to slightly raise its retail price and has “eaten most of the costs” itself, it has distinguished itself as a brand that puts the environment on a par with its own financial growth and will save more than 360 metric tonnes of plastic production each year—more, if its investment on behalf of the environment bears fruit.

What can we do?

In Part II of this article, we’ll be looking at ways the packaging design industry can collaborate with manufacturers to produce environmentally responsible packaging—from examining waste protocol to using packaging as a form of communication to educate consumers.

Recycling of packaging has been ubiquitous for decades, and yet, its systems have many moving parts, often confuse consumers, and could be more effective at recovering packages.
Eric Greenberg
Apr 23rd, 2021