We cannot afford to ignore what is fast becoming a significant presence even in the industrial world for managing transactions along the supply chain. 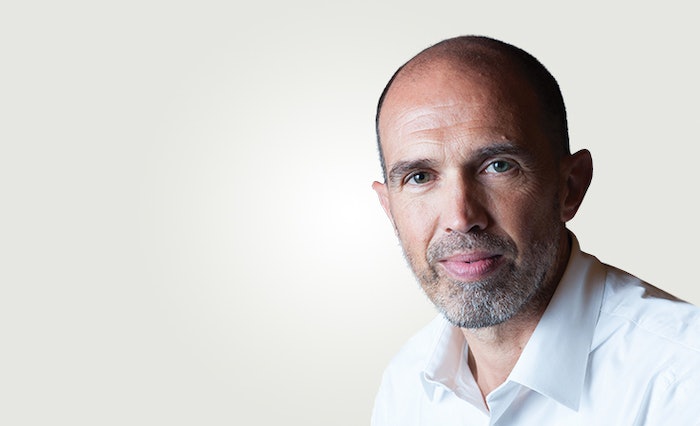 Until a few months ago, blockchain was associated strictly with cryptocurrency transactions—at least in most of our minds. Over the past year, dozens of Fortune 100 companies have started to adopt blockchain technologies, and the term blockchain has become more common in a variety of markets. Industry experts predict that blockchain will cause major disruption to a wide range of existing industries, including banking, real estate, supply chain and energy management.

Large businesses such as IBM and Samsung are already working on blockchain-related projects and services, and hundreds of startup businesses are developing their own “killer” apps in a market that is expected to grow to $8 billion by 2022. Some recent news of blockchain technology being adopted in markets that are closer to industry than to finance make it worth at least putting it on the radar for system integrators.

Blockchain technology is a decentralized method for recording transactions. All transactions are recorded in a distributed ledger (known as the blockchain, similar to a transaction database) that is spread across thousands of different computers worldwide. Transactions are recorded in the ledger and grouped together in blocks secured using a form of cryptography called “hashing.” Since the ledger is distributed and secured, it is theoretically impossible to make changes once something is recorded.

This makes the technology extremely interesting for solving tracking and tracing problems in any food and beverage or pharmaceutical industry, especially if you are looking at it from a supply chain perspective. If you need to track and trace ingredients from farm to dish in a global environment, blockchain is a perfect fit for managing many different transactions, storing them in different computers and guaranteeing that information cannot be modified.

As recently reported in the bilingual newspaper 24 heures, Nestlé’s Benjamin Duboissaid that the blockchain-based IBM Food Trust initiative (which involves some global retailers such as Walmart and Unilever) will onboard several new suppliers and retailers in the next few months. If this happens, it’s clear that the system integrators providing automation or manufacturing execution system (MES) solutions to the food and beverage industry will need to be prepared to work with blockchain technologies. In fact, it’s not only the data related to ingredients or transport that will be stored, but also processing or product labeling information collected from automation systems. MES, along with programmable logic controllers (PLCs) and supervisory control and data acquisition (SCADA), will become active parts of the chain.

SAP itself, the global enterprise resource planning (ERP) giant, has created a consortium of business partners to help it craft applications for a cloud-based blockchain platform that can track goods from creation to shipment to manufacturer as part of an automated supply chain system. They provide an abstraction layer blockchain as a service (BaaS) that supports open standards and offers built-in integration with SAP applications. Internet of Things (IoT) companies are starting to experiment with a direct connection between sensors and SAP to monitor the condition of temperature-sensitive packages along the supply chain via a peer-to-peer network that eliminates the need for a central server.

Just these couple of examples are enough to see that blockchain is a fast-moving technology. Started from completely different use cases, it is rapidly infecting the industrial world. It’s not yet a massive presence, but it’s a significant one, silently changing the well-known landscape. As with many other technologies, it’s not something system integrators can simply choose to ignore.

We will certainly have to manage it when integrating in business management or supply chain management systems. But it’s even very likely that we will be asked to use a blockchain approach when exchanging data between automation or MES systems to coordinate production or operation processes.

Luigi De Bernardini is CEO at Autoware, a certified Control System Integrators Association (CSIA) member based in Vicenza, Italy; and president of Autoware Digital. For more information about Autoware, visit its profile on the Industrial Automation Exchange.

It's unusual for PW to cover pre-commercialized projects. But at Smithers' Sustainability in Packaging US event today in Chicago, we saw a paper-based beverage cap application that's closer to in-market than we'd have thought.
Matt Reynolds
Mar 10th, 2022
More in Beverage

The U.K.’s ACTIPH Water brand differentiates itself among a sea of hydrating competitors with an electrolyte- and mineral-rich formula and ionization process. The tethered closure is robust for athletes, and meets upcoming regulations.
Matt Reynolds
Feb 28th, 2022

Cannabis Drinks Look for Their Place Among Users

Abuzz with excitement about the potential to transform the way that people are consuming cannabis, the drinks sector is appealing primarily to the high end of the market.
Aaron Hand
Feb 28th, 2022

Re:Water is First in the Market with a 100% PCR Aluminum Bottle

New U.K. brand Re:Water Spring Water comes in a refillable, recyclable aluminum bottle that is said to be the first in the market to use 100% PCR content.
Anne Marie Mohan
Feb 23rd, 2022

Believing that from grain to grass, there can be no conviviality in excess, the spirits giant commits to actions that move it toward a circular system for its packaging, with innovations around brands such as Absolut, Malibu, and Beefeater, among others.
Anne Marie Mohan
Feb 16th, 2022

The Coca-Cola Company today announced an industry-leading goal to significantly boost its use of reusable packaging.
Matt Reynolds
Feb 10th, 2022