It's a 300-oz high-density polyethylene jug with a handle and two openings, one for a dispensing valve, the other for a vent. A P&G spokesman said the company would not answer technical questions. However, public relations supervisor Molly Humbert calls the container the "press-tab" jug. That's how the dispensing valve works. Once the clear plastic measuring cap is removed from its role of protecting the valve, and the vent cap is loosened, the detergent is metered into the cap by simply pressing the button on the top of the valve. Still, the greatest convenience is eliminating the need to lift the jug each time a consumer uses it. Once upright on a counter or shelf, it's as easy to dispense as a "box" of wine. The container originally was designed for club stores, Humbert says, "but now a lot of conventional outlets are ordering it, too, because of consumer preference." In different colors, the jug is used for Tide, Tide with Bleach, Era and Cheer. 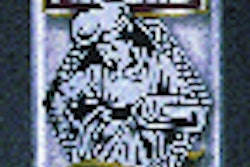 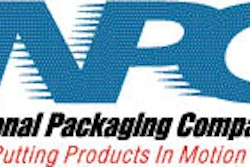 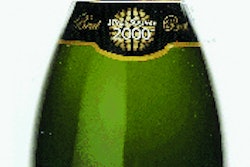 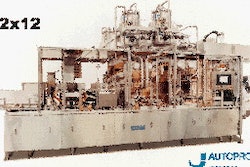