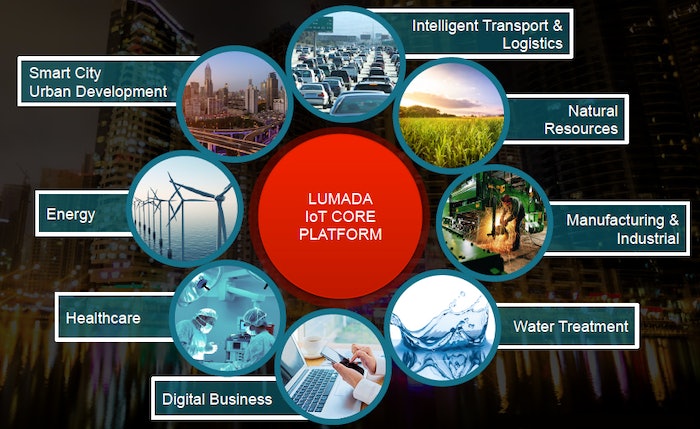 We can now count Hitachi among the list of companies that has formed a division to specifically target the Internet of Things (IoT). This is a move that many automation suppliers are finding necessary as they try to better manage the technologies and expertise needed to capture this important market.

Hitachi made the announcement this week at the Internet of Things World conference in Santa Clara, Calif., also introducing its new Lumada IoT core platform. Together, these moves put Hitachi in a good position to further infiltrate the IoT space and make project development faster and easier for its customers.

There are many discussions to have around this connected phenomenon. One of the favorite comments in industry is that IoT is nothing new. We’ve been doing it for years; for decades, in fact. Well, that’s debatable. Sure, industry has long had instruments throughout the plant gathering data. But what have manufacturers been doing with that data? Very little.

IoT has a lot to do with the convergence of a number of technologies—not just data but Big Data, the analytical capabilities that must go along with that data, boatloads of now cheap sensors, communications, computing power, and more. And as IoT takes hold and manufacturers try to figure out how best to leverage all these skills that have previously been interspersed throughout their companies, they are realizing that a focused team is in order.

Hitachi generated $5.4 billion in revenue last year from its IoT products and services, with 33 solutions in the market today. Hitachi Insight Group, headquartered in Santa Clara, will drive Hitachi’s IoT business and go-to-market strategy worldwide in an effort to take more of what IDC expects to be a $1.46 trillion market by 2020.

IoT is also about bringing operations technology (OT) together with information technology (IT); about blending the physical and digital worlds. “We have a long, long history and depth of experience in both those areas,” said Sara Gardner, CTO for the newly formed Hitachi Insight Group. “We have 106 years on the industrial side, over 100 of that experience in power generation, mining, transportation and construction; over 50 years in trains and nuclear power; and over 20 years in the medical space as well. These are big, mission-critical industries. ...All of these big things benefit from IoT.”

The flip side is Hitachi’s IT heritage. “We have over 55 years in the IT industry, starting off in the mainframe space,” Gardner said. The past 20-30 years have been spent building up technologies in cloud computing and Big Data.

All of this gives Hitachi a strong point of view on the IoT space, Gardner said. But they also recognized that they had a lot of different assets and groups spread throughout the company that weren’t working together as effectively as they could. “We realized that working together would really help us accelerate the speed at which we could deliver these innovations,” she said. “So we’ve been working for the last few years to formalize, from the top down, a global business for driving the IoT business and strategy worldwide.”

The announcement regarding Hitachi Insight Group comes on the heels of the reorganization of some 960 companies inside Hitachi into 12 focused business units—rail, building systems, urban solutions, defense systems, healthcare, government, financial institutions, water, manufacturing and commerce, energy solutions, electric power, and nuclear power. “Hitachi Insight Group goes across all those different groups,” Gardner said. “Rather than having all these business units innovating separately, we’re bringing all that together.”

Hitachi has more than 16,000 IoT-related employees across all its companies. IT expertise is being pulled out of engineering teams from across the organization and being combined with expertise in Japan from the control systems business, Gardner explained. In all, Hitachi Insight Group will be made up of almost 7,000 employees, a significant number of which are technologists—software developers, control system experts, device connectivity experts, and about 600 Ph.D.-level data scientists, she said.

“With all the hype surrounding IoT these days, it can be difficult to understand what its real-world applications are, or what will net the best return on investment,” noted Jack Domme, Hitachi’s chief executive of the Americas. “Hitachi is working to change that paradigm.”

Applications are numerous. Examples include a transportation-as-a-service model that Hitachi has been working on with Britain’s railways to replace the traditional big capital expenditure required. Hitachi has been doing a lot of work in data science labs around shale oil and gas, Gardner said, to not only increase the amount of oil that can be recovered, but also improve drilling efficiencies. There are a number of things the company has been doing in energy to improve generation, distribution and consumption. And as Hitachi builds solutions for smart cities, it also looks at leveraging that work elsewhere, such as at mining sites.

The Lumada IoT platform aims to leverage Hitachi’s experience over the past few years of handling different IoT use cases across several different industries. Elevators can leverage technologies used in mining, for example; Hitachi’s work in public safety, involving tracking, surveillance and trend analytics, could be used to track and monitor problems with power poles. “Even though there’s a lot of domain-specific work to be done on applying these technologies, there are some common threads and common goals,” Gardner said.

Lumada is a comprehensive, enterprise-grade IoT core platform with an open and adaptable architecture that simplifies IoT solution creation and customization. It blends data orchestration, streaming analytics, content intelligence, simulation models, and other Hitachi software technologies. “We’re not looking at going to market and selling IoT technology stacks. We’re focused on building solutions,” Gardner said. Rather than building “yet another IoT device connectivity platform,” she added, “it’s more a set of very open and flexible architectures; a set of blueprints for one rigid technology stack.”

The idea of Lumada (a combination of the words “illuminating” and “data”) is to create a standardized way to integrate core technologies together, Gardner said. “Really, the goal here is to get to the stage where we have full reuse of codes across applications.”

The notion of cross-industry learning is an important one for IoT technologies. “When I first started talking to customers about this three to four years ago, I thought I’d better make sure I find examples that fit into their industry,” Gardner said. “But then I realized they really wanted to hear about what’s happening in other industries. That’s when you get the aha moments.”